Is this the end of US primacy? How should we discuss the 'threat' posed by terrorism? And what's going on in South Korea politics? 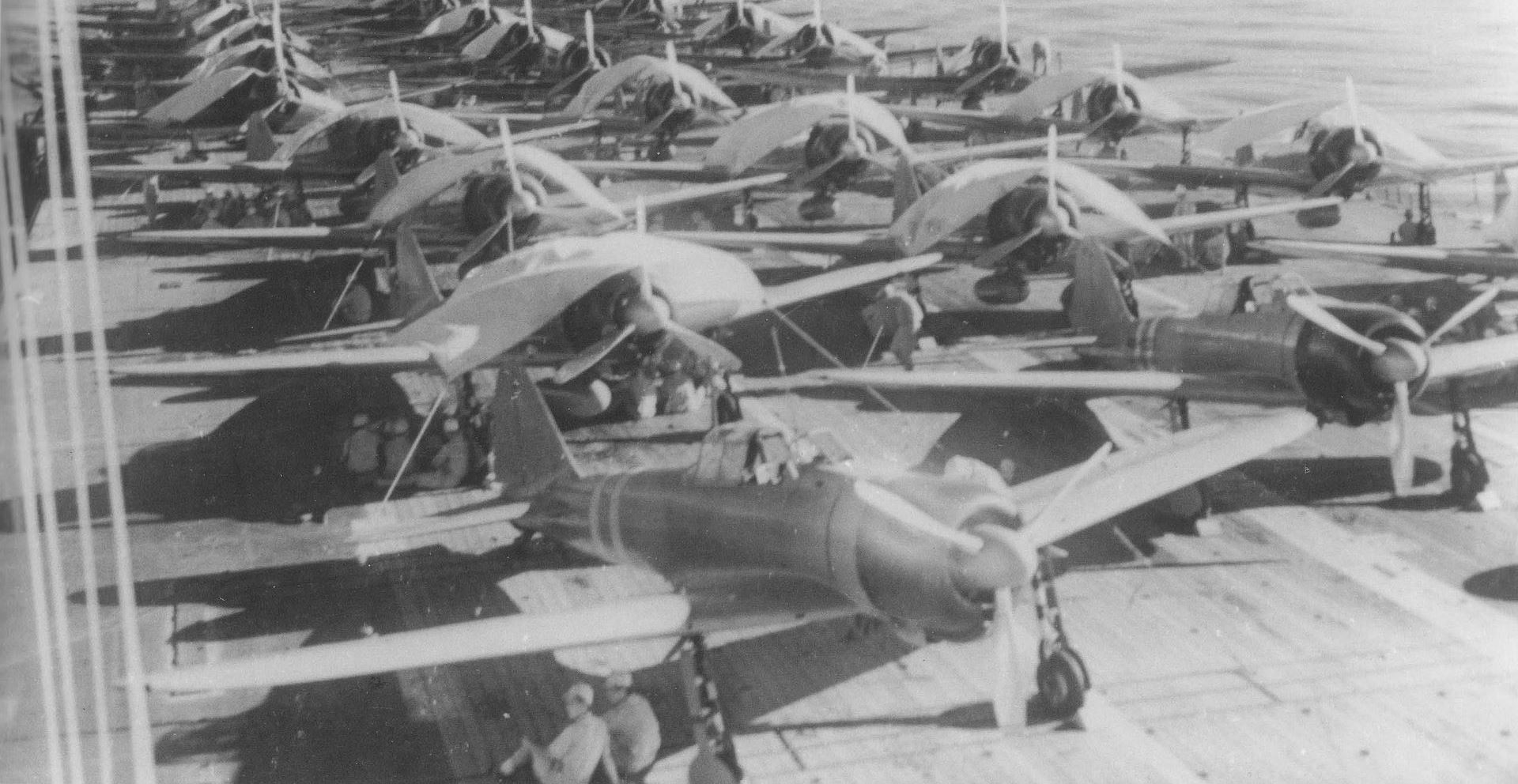 Japanese aircraft carrier Zukaiku during the Battle of the Coral Sea. (Wikipedia)
Published 6 May 2017 09:14   0 Comments

This week Prime Minister Malcolm Turnbull met with President Donald Trump aboard the USS Intrepid (now a museum docked in New York City) to honour the 75th anniversary of the Battle of the Coral Sea. The meeting brings with it the risk of falling back into cozy setimentality, wrote James Curran:

This visit, which alliance sentimentalists will welcome as a reaffirmation of all that the alliance has stood for in the past, does carry risks. It may project a view of the relationship that is literally moored to memory, failing to engage in the more difficult conversations about what the American posture in Asia will look like in the years ahead, and what that means for Australia.

Alexander Harper examined Trump's approach to Yemen: a significant break from Barack Obama's approach, or more of the same?

Should the Trump Administration be serious about fighting al-Qaeda, it should avoid being drawn into the quagmire that is the Saudi-led coalition's campaign in the country, and concentrate instead on exerting pressure on the coalition to seek a political resolution to the conflict.

The current US approach to Syria and North Korea signals the end of US primacy, argued Benajmin Zala:

By definition, a superpower at the top of a unipolar distribution of power is able to impose its will at a global level either through force or persuasion. Looking to other major powers to achieve your own ends (particularly when achieving them appears to be a fairly remote possibility) is not the strategy of a hegemon. All doubts about America’s relative decline in world politics have been put to rest.

Trump's plan to attend the US-ASEAN Summit and East Asia Summit in the Philippines and APEC in Vietnam this November is something to be welcomed, argued Hunter Marston:

Despite fears that Trump may harm US interests by misspeaking (or mistweeting) in Manila or Hanoi, whatever comes of the trip will carry more symbolic weight than policy ramifications.

The most recent ASEAN Summit was largely an exercise in omission, wrote Erin Cook:

Association of Southeast Asian Nations (ASEAN) Summits are largely defined by what is left unresolved and unsaid, rather than what is acknowledged in the chair statements. The 30th Summit, hosted by the Philippines over the weekend, was certainly no exception, with migrant worker rights and the Rohingya crisis omitted and language on the South China Sea toned down.

The reasons behind Japan's about-face may become clearer later this month when APEC meets in Vietnam, providing the TPP-11 countries with an opportunity to resume the discussions begun on the sidelines of the APEC meeting in Chile last November. For now, we can only guess at the Japanese motivation.

The Japanese Diet has already approved the agreed terms of the TPP. Thus, to the extent that Japan had to make some politically painful adjustments to meet the TPP provisions, the pain has already been borne. To the extent that these reforms fitted Prime Minister Abe’s economic agenda, continuing with TPP-11 would prevent any backsliding.

Perhaps the greater, initial challenge, however, involves the need for ongoing psychological change as to where India sits in the Australian strategic imagination. It is one thing, as Turnbull did recently – and as many others have done before him – to the stress the importance of transcending the familiar tropes of cricket and the old Commonwealth connection that have traditionally peppered the speeches of Australian and Indian leaders. Cold War suspicions, too, have been well and truly hived off to the archival shelf.

This also involves Australian analysts and commentators looking at India as it is: not trying to squeeze or shove it into the China mould. For Australia, India presents unique and distinct opportunities that are different from those on offer in China.

In a two-part series, John Lee explored China's rapidly evolving tech sector, and the eventual prospect of a digital 'great game' between US and Chinese firms. Part one:

Backed by state industrial policy under the rubrics of Internet Plus, Made in China 2025 and the National IT Development Strategy, China's internet/tech sector is leveraging the country's fast-growing markets to build market power and drive innovations with global reach.

Just as US tech firms' attempts to crack the China market have been stymied, it is unlikely that China's tech leaders will out-compete US internet giants on their home turf. The decisive battles will be in third party markets, where the intensifying contest for the internet economy raises the prospect of US and Chinese tech titans carving the world into digital spheres of influence.

Meanwhile, some brazen Chinese diplomacy at a little-known conference in Perth put a harsh spotlight on the deficiencies of Australia's media. Danielle Cave:

Rodger Shanahan on how best to analyse the true threat invoked by terrorism:

South Korea now has a far-left, centre-left, centrist, and two centre-right parties. Yet its electoral law is (mostly) first-past-the-post.

And finally, rugby league is forging strong and benficial ties between Papua New Guinea and Australia (and in particular Queensland), but there are still more authorities in each country could do, argued Jonathan Pryke and Joanna Lester:

It is clear that there is momentum in many parts of the rugby league relationship between Australia and PNG, and it's a good story to share. But more can be done to build on the successes achieved to date.