No panacea, certainly, but a newly engaged United States might see APEC as just the right forum to work with the region. 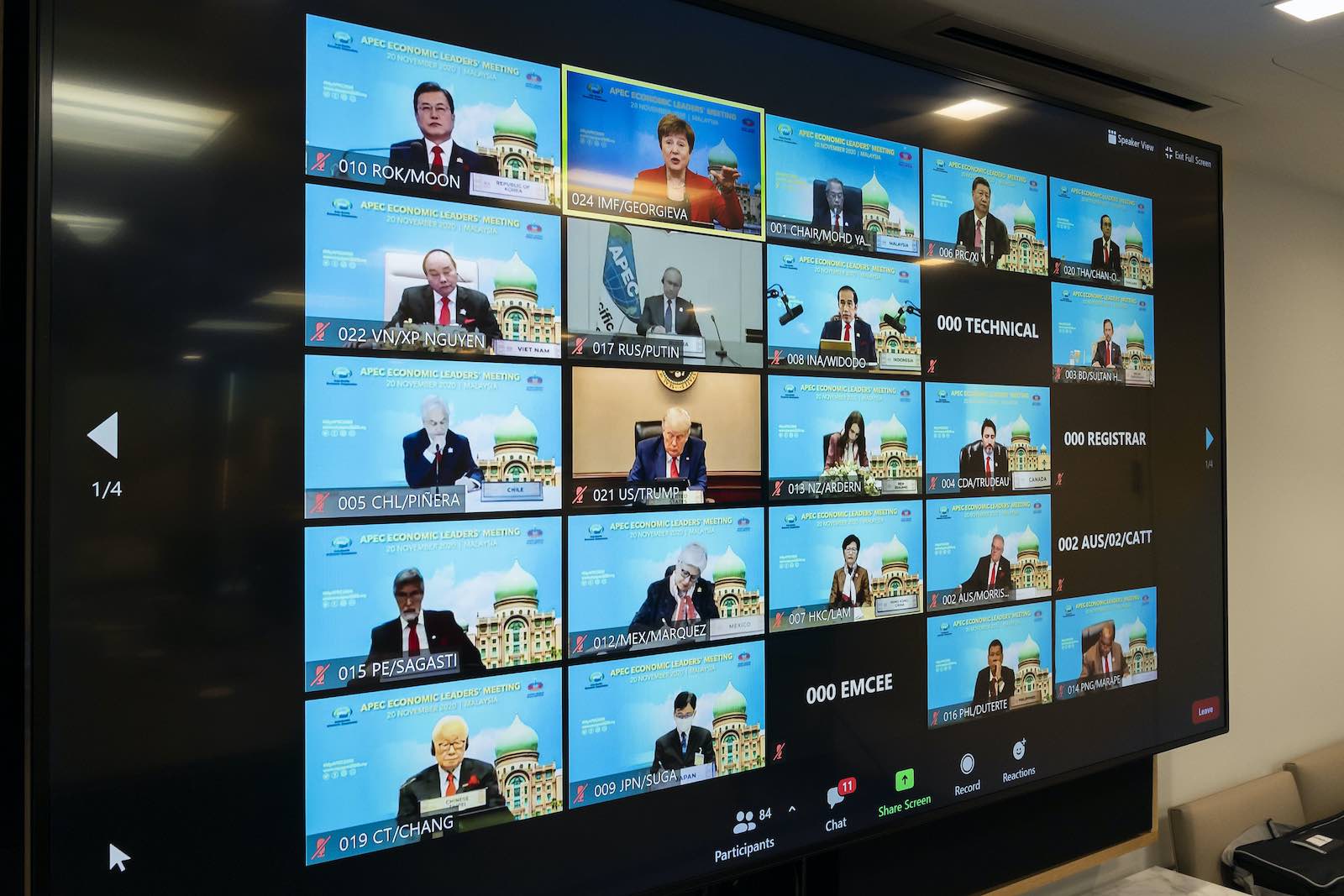 It’s almost a year since the world changed. We now know that we are in for the long haul with the pandemic and that 2021 too is going to be difficult. The unseemly scramble over vaccination supplies and policy which have played out in recent weeks, particularly in Europe, is not encouraging.

As we look at the year ahead, what international options look good for helping the world through the stresses of the next 12 months? Remember, with the exception of China, economic growth is looking sickly. The World Bank is predicting about 4% growth this year, but that does not put the global economy back where it was before Covid-19 struck, except for China.

One more-than-welcome prospect is the change of administration in Washington. A new president in Joe Biden may not be a panacea to the world, but it will at least be civil – and that alone is a positive. As Biden and his team set about righting the ship, we should look at those international policy areas where the US could make a difference. Clearly, climate change has jumped to the head of the queue. That the US will rejoin the Paris accords, that it will set a course both domestically and internationally which acknowledges the importance of this global issue, is a real plus.

In the fight against Covid, the US has again rejoined the international community, but it is coming from such a traumatic domestic situation that it is too early to say how its recommitment to the World Health Organisation will play out.

The advantage APEC gives is that it does not produce a series of legally binding obligations. There is a lot of wiggle room.

With the World Trade Organisation, there is at least one positive. The Trump administration’s ban on the selection of Nigeria’s Ngozi Okonjo-Iweala looks set to be reversed, although there is more to be said about how Washington will now go about reform of the organisation, other than being “fully committed” to engaging constructively on that issue.

In the Asia-Pacific, there is one organisation that Trump did not walk away from, although he did not give it much personal attention. That is the Asia-Pacific Economic Cooperation forum, APEC. Surprisingly, APEC is mentioned in the recently declassified 2018 Trump cabinet memorandum on the strategic framework for the region.

APEC is not the game changer that its initiators thought it might be back in the early 1990s, when it started (Bill Clinton launched the annual leaders’ economic meeting in 1993). But it has established a large number of policy discussions, business and other networks over its member economies that, while not earth-shattering, are not to be dismissed as valueless. Because the US has not been absent from these discussions, it will be relatively easy for them to pick up the threads again.

This should be important to the Biden administration, as APEC gives the US the chance to re-engage with countries that have been watching from the sidelines of the US–China dispute but also want the US to stay engaged in the economic policy development of the region.

This year, with New Zealand as the chair, the member economies have to give some effect to the APEC Putrajaya Vision, endorsed last year while Malaysia led the forum, pledging an open, dynamic, resilient and peaceful Asia-Pacific community by 2040. It may be a bromide, but it does make the right noises about future economic growth. The question remains, “Is this going to work, or are we looking at more of the same old stuff?”

A lot will depend on the US. All APEC members want to know how the US is going to re-engage with the region. The advantage APEC gives is that it does not produce a series of legally binding obligations. There is a lot of wiggle room and the right to choose which bits of the smorgasbord one wants to put on one’s plate.

So the hope for 2021 is that the Biden administration will look to see which areas offer the US two things: the first is the development of consensus with other members on areas that fit in with the Biden objective to “build back” the US economy, and second, areas which can re-strengthen the US role in the region. In the APEC work program there are areas such as its work on Covid-19, food security and medical supplies. Or on reform of fossil fuel subsidies, including the identification of environmental goods, which would tie in with Biden’s placing climate change at the forefront of his government. Or the digital agenda – global supply chain efficiency, enabling electronic commerce.

These policy areas, among others, allow the US an easy way in to the regional economic dialogue without raising expectations too high. And it gives other members a chance to re-engage in multilateral diplomacy with the US.

All this has to be done virtually. As far as one can see, there will be no physical meetings in 2021. That means that over the year, the more than 300 meetings which the APEC agenda encompasses have to be delivered seamlessly and in security across the more than 40 committees which do the work, involving the 21 member economies. It’s a challenge for the chair.