The US president has signalled a serious commitment to bolstering international development. 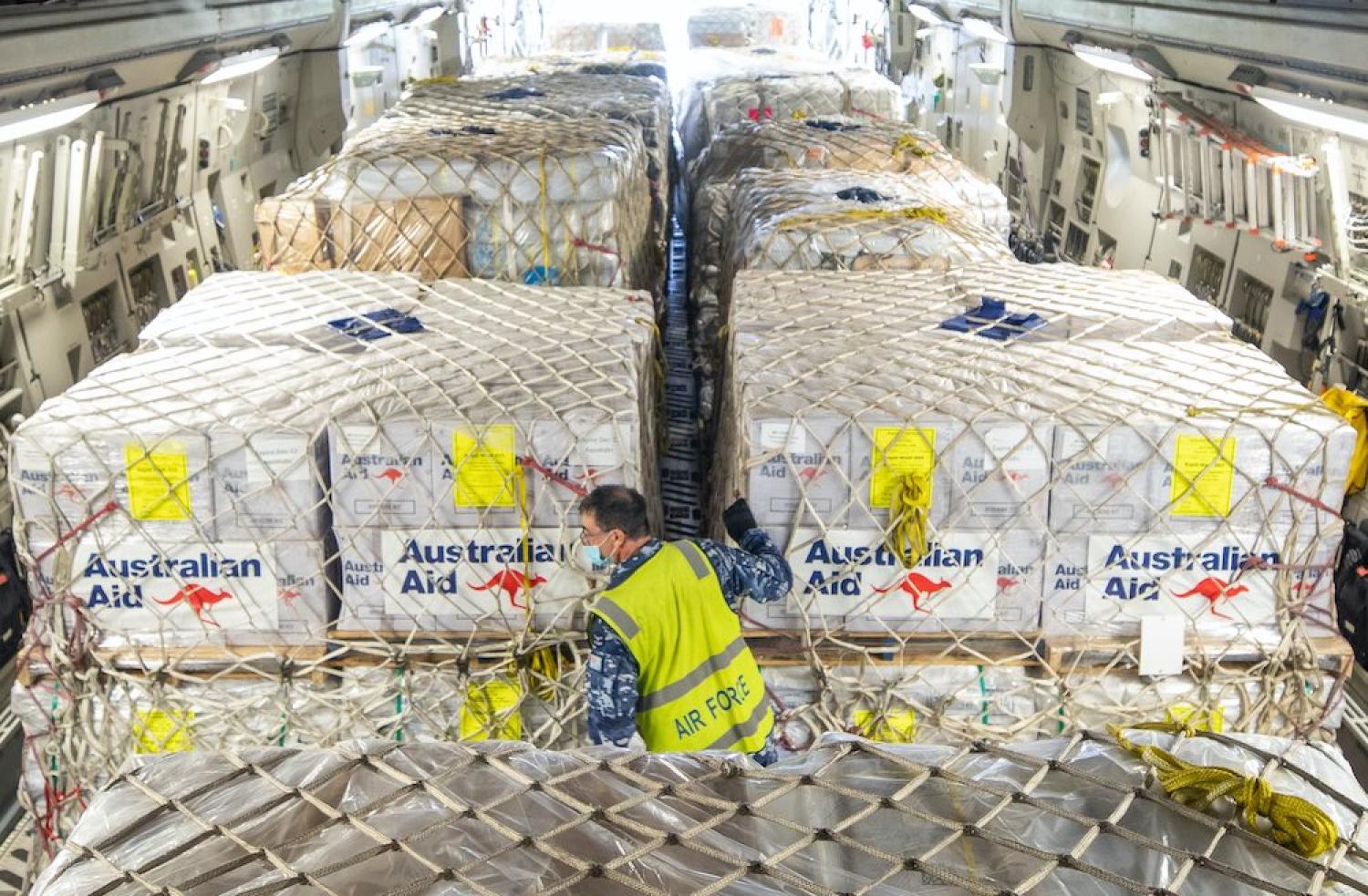 Humanitarian aid bound for Fiji being loaded on an RAAF aircraft, near Ipswich in Queensland, December 2020 (Department of Defence)
Published 16 Feb 2021     Follow @DaneMoores

Joe Biden has taken the mantle of US president at a critical time for international development – amid a resurgence in poverty, increasing geopolitical contestation, rapid technological and environmental change, and of course Covid-19.  The immediate priorities of the new administration will have significant implications for the future landscape of international development – and Australia’s role within it.

While the Biden administration is yet to detail its international development strategy, there is much we can garner from public statements and initial appointments for an insight into the administration’s aid agenda. Biden’s nominees to lead the development portfolio (Anthony Blinken as Secretary of State and Samantha Power as Administrator of the US Agency for International Development) give a sense of the gravity the administration will place on foreign aid. In particular, the appointment of Power – a former ambassador to the UN, Pulitzer Prize–winning journalist and outspoken advocate for humanitarian intervention – is a departure from the traditional appointment of technocrats to head the development agency and will likely raise the profile of its work.

In a video announcing Power’s nomination, Biden said, “there is simply no one better to ensure our development agenda is a core pillar of our foreign policy.” Note the language: development is positioned as central to US foreign policy, rather than adjunct to it. For the first time, the head of USAID will be a member of the principals group of the National Security Council. The US has a long history of framing its international engagement in terms of the three D’s – defence, diplomacy and development. But the elevation of aid to the ultimate national security body of the world’s largest economic, military and international development power takes that commitment to another level.

While the Pacific will no doubt remain a priority for Australia’s development assistance, the question remains whether it will be an exclusive focus and whether American re-engagement in fragile contexts will influence Australia’s geographic and thematic funding mix.

In Australia’s case, development and diplomacy have long been the poor cousins to defence, especially in recent years as Australia’s diplomatic corps have been cut and aid budget frozen amid record defence expenditure. The Australian Minister for International Development is not a member of Cabinet, or a member of the National Security Committee.

Biden also plans to host a global summit for democracy in the first year of his presidency. Commentators suggest that this could lead to a major reshaping of American foreign aid to support democracy and counter authoritarianism. This could be similar to aid policies of the Cold War era, during which Western donors (including Australia) focused much of their aid on “democratisation” – promoting citizen-responsive and transparent governance, the rule of law, human rights and civil society – to counterbalance Soviet influence.

This shift towards democracy and development was already underway before Biden’s presidency, but it is now being accelerated, with USAID having recently launched its new Bureau for Development, Democracy and Innovation that will strengthen democracy and governance across the American aid program. It will be interesting to see if Australia follows suit, given that aid spending on governance dropped by $50 million between 2019-20 and 2020-21.

Blinken said the issue of fragility was “very much on [Biden’s] mind”. The World Bank forecasts up to two thirds of the world’s extreme poor could live in fragile and conflict-affected settings by 2030. Blinken has flagged that the US Global Fragility Act passed last year provides a “terrific foundation” for the State Department’s work on fragility, as the legislation creates a whole-of-government framework to prevent extremism and avert conflict in fragile countries.

By contrast, Australia withdrew funding from fragile states in Africa and the Middle East in recent years, opting instead to step up its development assistance to the Pacific region within a fixed aid budget. While the Pacific will no doubt remain a priority for Australia’s development assistance, the question remains whether it will be an exclusive focus and whether American re-engagement in fragile contexts will influence Australia’s geographic and thematic funding mix.

Renewed US focus on climate change under Biden likely means a larger injection of climate finance and a greater focus on aid projects that promote renewable energy, climate resilience, disaster preparedness and nature-based development solutions. This priority for Biden, combined with Australia’s hosting of the Asia-Pacific Ministerial Conference for Disaster Risk Reduction this year and the increasing political pressure leading up to COP26 in Glasgow, could see a higher profile for climate change in Australia’s development policy.

Taken together, the Biden administration is changing the strategic context for Australia’s international development work. The United States is, firstly, placing a greater emphasis on development assistance as part of its foreign policy platform and, secondly, shifting the priorities within its more ambitious development agenda. There is an opportunity now for Canberra to work with Washington to better coordinate and align development agendas for maximum impact.

Links and stories from across the aid and development sector.
Crispin Rovere 17 Nov 2016 12:50

Trump’s foreign policy is not a threat to America’s place in the world, but it might be a threat to the current establishment.