For Australia to shape the future order, it will have to get more specific about what it wants. 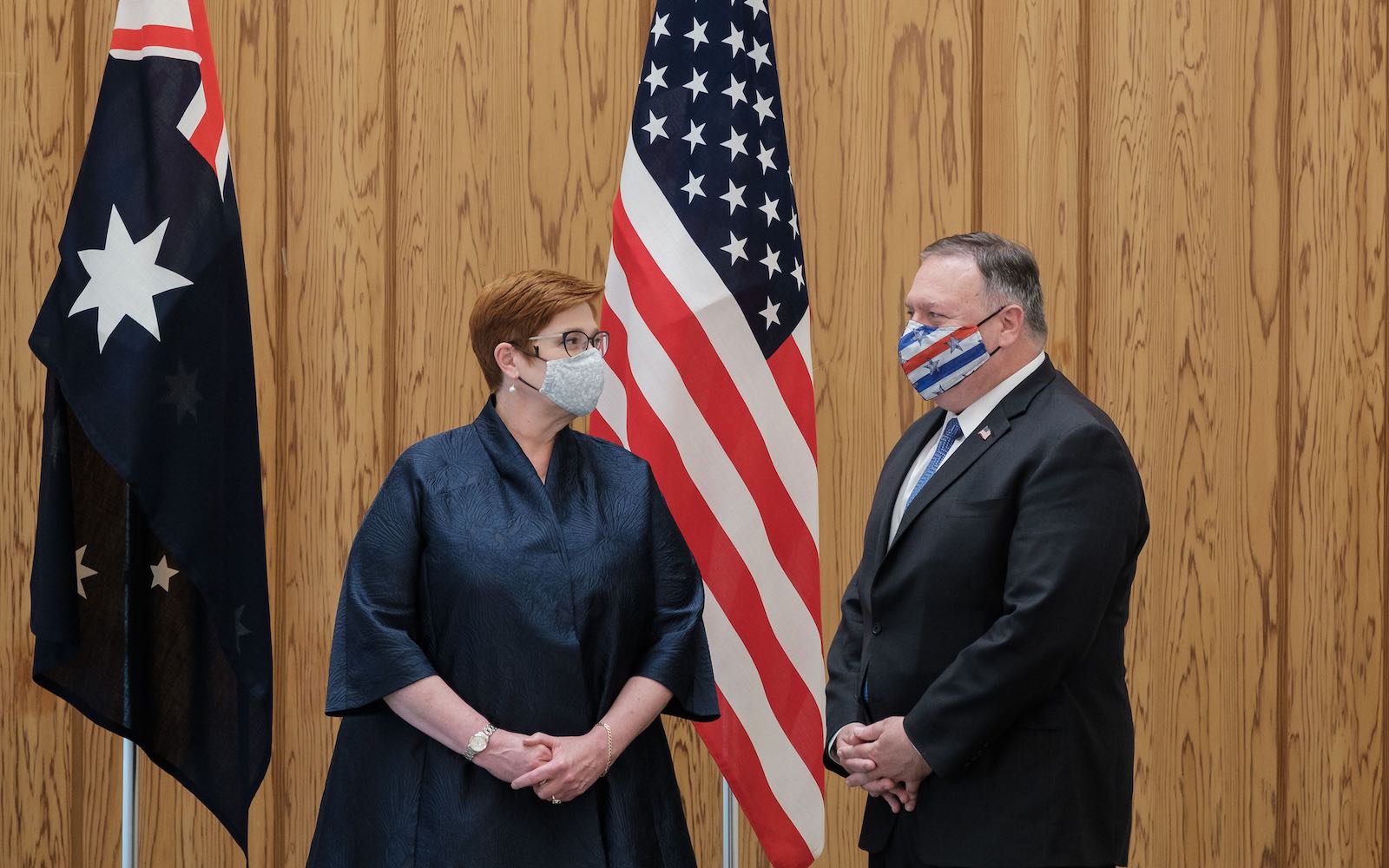 Although the “rules-based international order” is central to Australian strategy, what exactly this concept means remains a work very much in progress. For Australia to achieve its objectives for the order, it will have to get more specific.

The importance to Australia of the rules-based order concept is clear from the warm embrace it has received from both sides of the political aisle ever since Prime Minister Kevin Rudd first used the term in 2008 – despite our rapid turnover of prime ministers since then.

Tony Abbott used the phrase less often in his time as prime minister, but only because he preferred different three-word terms, often speaking against “might is right” and in favour of being a “good international citizen” – a concept popularised by former foreign minister Gareth Evans.

Doubts about Prime Minister Scott Morrison’s enthusiasm for the rules-based order flickered after he attacked “negative globalism” in his 2019 Lowy Lecture. In that speech, Morrison – fresh back from the UN General Assembly in New York – also announced that the Department of Foreign Affairs and Trade would undertake a “comprehensive audit of global institutions and rule-making processes”.

Support for the concept has been further tested by the more Hobbesian world revealed and accelerated by Covid-19. For hard-headed realists who always doubted the concept, this would be an ideal moment to eject it from Australian strategic discourse.

Middle powers such as Australia must do more to build a framework for managing US-China competition.

But in June, Foreign Minister Payne reported that the audit of multilateral institutions commissioned by Morrison had “affirmed that multilateral organisations, especially international standard-setting bodies, create rules that are vital to Australia's security, interests, values and prosperity”.

The next month, Morrison launched the 2020 Defence Strategic Update, describing a world that is “poorer, more dangerous and more disorderly”.

Patterns of cooperation that have benefited our prosperity and security for decades are now under increasing – and I would suggest almost irreversible – strain.

Despite that strain, in August the Prime Minister voiced full-throated support for the “rebuilding of international society”. He took that term from the Anglo-Australian scholar Hedley Bull, saying Bull’s 1977 book The Anarchical Society remains one of the most influential works on global politics of the last 50 years. “I’ve got a copy on my bookshelf behind me,” Morrison said.

This was the first time an Australian Prime minister had publicly cited the work of Bull. The image of Australia’s “daggy-dad” Prime Minister gesturing towards his copy of Bull’s rarefied tome captures the resilience of the rules-based order concept in Australian strategy.

The unsatisfying answer is that the concept is used in official discourse to mean many different things, and they’re not always complementary. Although the term “rules-based international order” was only coined after the Cold War, Canberra typically dates it to the aftermath of the Second World War and the institutions and norms – centred on the UN – that were established then. It is often credited with having delivered 70 years of peace and security.

Other recurring propositions are that the rules-based order has both constrained the use of power and depends on US power; that it could shape China’s rise and be shaped by China; and that it must be saved and must change.

To be fair, Australian discourse has evolved across the last 12 years, and there have been some efforts at greater specificity. Indeed, although Payne’s speech in June was all about the rules-based order, she didn’t use the phrase once.

But Payne also missed an opportunity to be more precise about the focus of Australian efforts. Her list of “three fundamental parts of the multilateral system” that Australia will focus on preserving was so sweeping that nothing much was left out. She cited:

Payne extended the concept by highlighting – correctly – the importance of often-overlooked technical bodies. They set ostensibly apolitical standards on “civil aviation, maritime transport, intellectual property, telecommunications, agriculture”. Unfortunately, there was little detail provided about her department’s audit of multilateral institutions, but Payne clearly recognised that these bodes are now frequent sites of ideological competition (chiefly with China, although she wasn’t that specific). She declared that “we must stand up for our values and bring our influence to bear in these institutions to … preserve the open character of international institutions based on universal values and transparency”.

Payne’s framing of the rules-based order as the site of ideological competition would accord well with a Biden administration in the US. But the rules-based order can also be understood, less ideologically, as a mechanism for managing competition between states with divergent values. The arms control agreements that helped keep war cold between the US and the USSR owed little to democratic values. The US and China don’t dominate global politics as did the US and the USSR during Hedley Bull’s time. In the modern era, Australia needs an international order than can bound US-China rivalry and forestall conflict.

Of course, managing great power relations is primarily a job for the great powers. According to Hedley Bull, the norms of the international order could be derived from the way in which the great powers managed their competition. But as he put it, great powers could “fulfil their managerial functions in international society only if these functions are accepted clearly enough by a large enough proportion of the society of states to command legitimacy”.

This is even more true in today’s more multipolar world than it was in Bull’s time. Middle powers such as Australia must do more to build a framework for managing US-China competition. Michèle Flournoy, widely touted as a Secretary for Defence in a future Biden administration, has recognised at least one half of this problem. She told the US Studies Centre that:

We don’t have a real risk-reduction framework with China, we don’t have an “incidents at sea” agreement, we don’t have the kinds of measures that were put in place back in the days of US-Soviet tensions … this is not something that I think will be well received if it is just the US approaching China. I think a number of countries need to approach China together to say “look, the risk is too high, we need to agree on some standards, some norms, some procedures to reduce the level of risk and miscalculation.

As the international order has been assailed from all sides, its importance has become clearer to Australian leaders, important enough to overcome Australian suspicion of such abstract-sounding notions. But the time has come to turn that understanding into a more concrete, and more public, plan of action. Working with like-minded countries to defend democratic values is one part of the job. But to produce an order that can forestall catastrophic US-China conflict, Australia will have to work more with larger groups, including many differently minded countries.