Progress has been lamentably slow, but a decade on, benefits can be seen in Cambodians learning this terrible history. 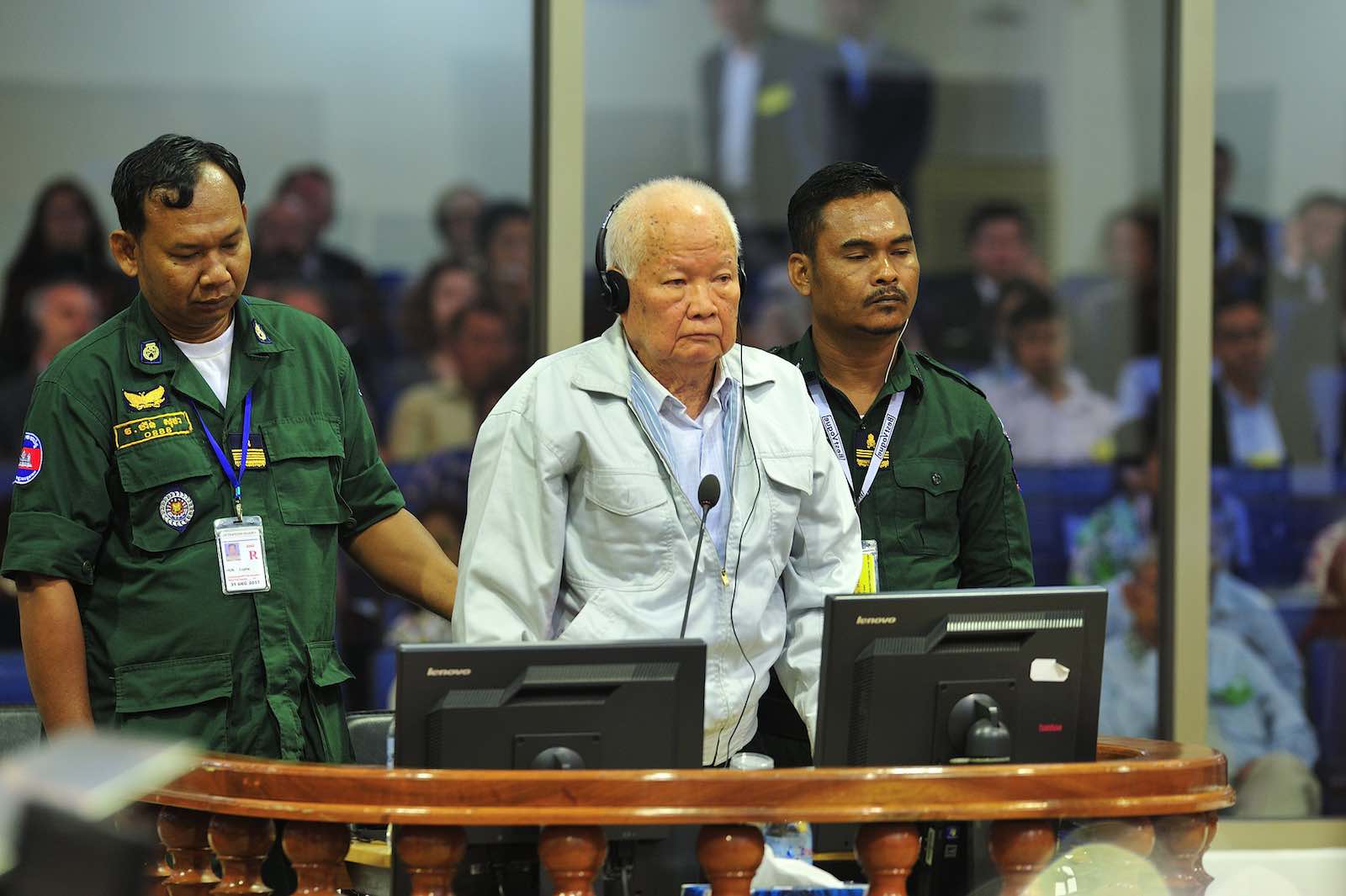 This article is the first in an occassional series for contributors to reflect on past judgments in light of new information or developments.

Maynard Keynes’ frequently quoted observation about changing his mind when the facts change is too simple a basis for explaining why I have come to think about the Khmer Rouge Tribunal (The Extraordinary Chambers of the Courts of Cambodia, or ECCC) in a more nuanced fashion than was the case ten years ago in an Interpreter article, “Cambodia: Glacial justice”.

For the circumstances or facts about which I wrote critically in 2009 still have relevance. After three-and-a-half years of operation, the tribunal had not brought down a single judgment, which meant that at least partially Hun Sen was achieving his aim of “burying the past”.

With all its faults, the tribunal was a worthwhile body for the manner in which it had provided a basis for a very large number of Cambodians, including those born after the Khmer Regime was ousted, to learn of their terrible history.

At the broadest level, the core fact remains that the tribunal’s progress has been lamentably slow as I argued ten years ago. Since the tribunal was established in 2007, verdicts have been handed down in relation to only three individuals: Duch was convicted of crimes against humanity in 2010; Nuon Chea and Khieu Samphan were both convicted of crimes against humanity in 2014, and subsequently of genocide in 2018.

The most notable example is Prime Minister Hun Sen himself, though there is not evidence of his personal participation in atrocities before he defected to Vietnam in 1977. Where there may be room for argument, as I note below, is the extent to which Hun Sen has indeed succeeded in burying the past.

In this discussion I should note that both when I wrote in 2009, and indeed still today, I am not a disinterested observer of developments in Cambodia. I approach my analysis of the country still very much aware that a number of close personal friends whom I came to know between 1959 and 1971 died at the hands of the Khmer Rouge, either through execution or physical neglect, and this fact has undoubtedly affected my judgment – I wrote about three of them in some detail in my book Before Kampuchea (1979 and 1986).

So, too, have my views been affected by the evidence of blatant corruption in the establishment of the tribunal that I detailed in my August 2007 Lowy Perspective paper, The Khmer Rouge Tribunal: An Ambiguous Good News Story.

Since 2009, I have had the opportunity for regular discussions in Phnom Penh with Youk Chhang, Executive Director of the Documentation Center of Cambodia, and as I wrote in 2014, this remarkably energetic man convinced me that with all its faults, the tribunal was a worthwhile body for the manner in which it had provided a basis for a very large number of Cambodians, including those born after the Khmer regime was ousted, to learn of their terrible history.

It is important to note that the Documentation Center, or DC-Cam as it is known, has been active in promoting knowledge of the Khmer Rouge period quite separately for activities linked to the tribunal, probably most importantly by finally succeeding in having a history of the Khmer Rouge regime adopted within the Cambodian school system. In all of this Youk Chhang, who survived the Pol Pot years, has made a remarkable and positive contribution to contemporary Cambodians’ awareness of their country’s terrible recent past.

So while many of the facts may not have changed, I now look at them in a more qualified fashion.

To do so is not to suggest that controversy over the period of Khmer Rouge rule and the functioning of the Khmer Rouge tribunal has disappeared. Even now, its composition with the effective veto power of Cambodian judges is a cause for criticism, as is the clear indication that the government does not wish additional cases to be heard. This and other failures of the tribunal are vigorously criticised in an article by Peter Maguire that appeared a year ago.

While I am not sure that I would go as far as Tom Fawthrop when he wrote in The Interpreter last year of the “success” of the tribunal, it is certainly the case that there is a need to acknowledge its achievements as well as its failures, while still wondering to what extent Hun Sen has been partially successful in hoping to hide the past.