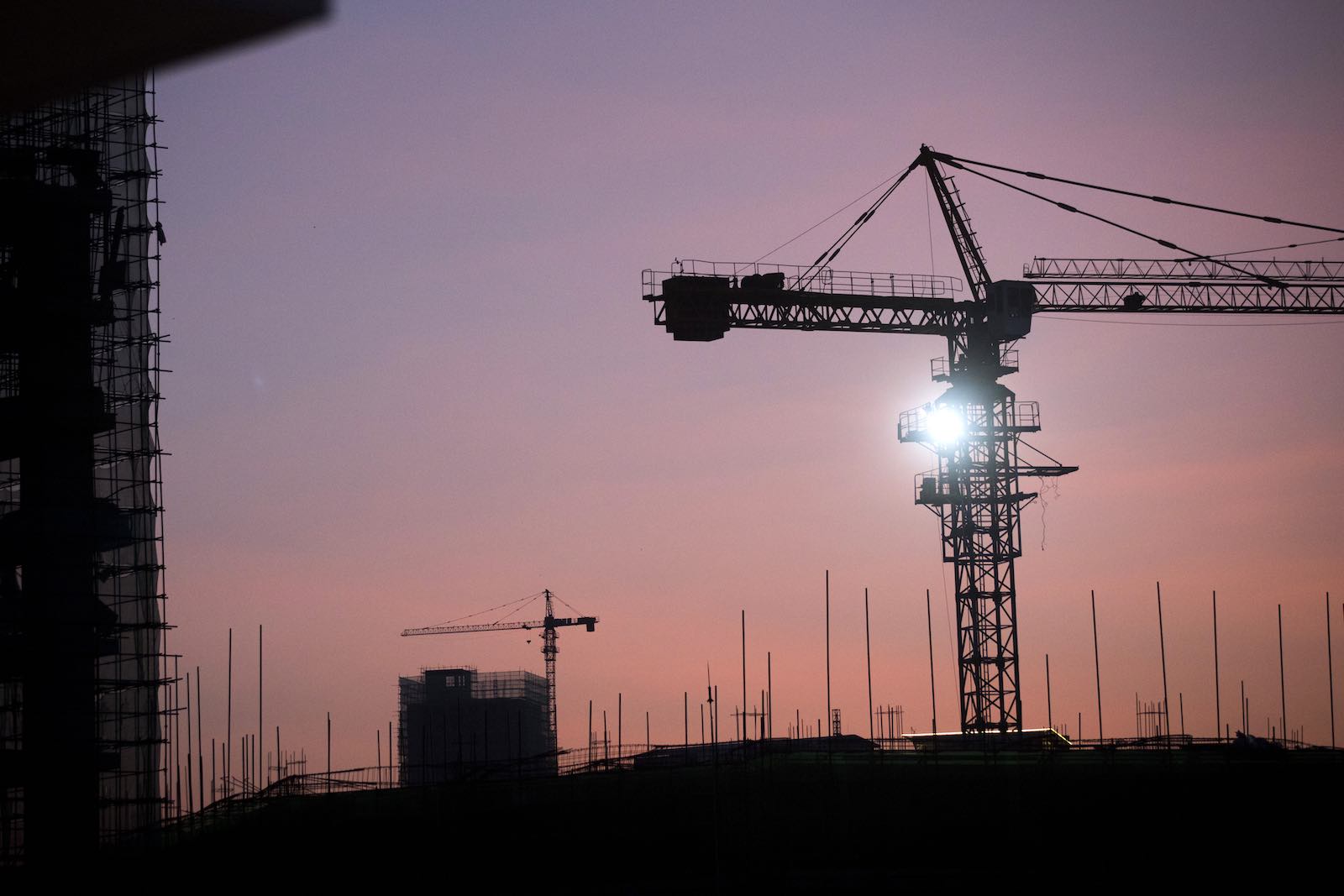 Cranes stand on a construction site at dawn in Sihanoukville, Cambodia, part of an infusion of Chinese-built infrastructure (Photo: Brent Lewin via Getty)
Published 23 Jul 2019 11:30   0 Comments

If scientists are right, 85% of what comprises the universe is unseen, so-called “dark matter” material that neither reflects nor emits light. In recent times, “south-south” interactions have been somewhat analogous to “dark matter” for the West – that is, largely invisible. Studying what developing countries said and agreed among themselves was something of a niche pursuit.

We are only in the early stages of understanding what kinds of relations will characterise China and the developing world in the years ahead.

China’s rise, and its launch of the trillion-dollar Belt and Road Initiative (BRI) has changed that fundamentally. While the “debt trap” narrative has dominated the thinking of Australian and other Western media and policymakers, we would contend that we are only in the early stages of understanding what kinds of relations will characterise China and the developing world in the years ahead. As the University of Virginia’s Brantly Womack has recently pointed out, we should not assume that the smaller countries will be without agency despite the large power and economic asymmetries between China and its southern neighbours.

From this perspective, attending China’s recent China-South and Southeast Asia Think-Tank Forum (CSSATTF) in Kunming, Yunnan province in southern China last month provided some unique insights. This event was sizeable – attended by some 60 foreign delegates from all of the South and Southeast Asian countries (except Indonesia and Brunei), there were double that number of Chinese participants from the Yunnan provincial government and three Chinese thinktanks (the Chinese Academy of Social Sciences, the Yunnan Academy of Social Sciences and Contemporary World Research Center of the Central Committee of the Chinese Communist Party), alongside a handful of Western representatives (Australia, New Zealand and Germany).

What was the stated purpose? The conference handbook advised that event was to promote the “construction of the shared future between China and South and Southeast Asian countries” and provide “intellectual support for the blueprint of high quality development of “Belt and Road”[sic]. 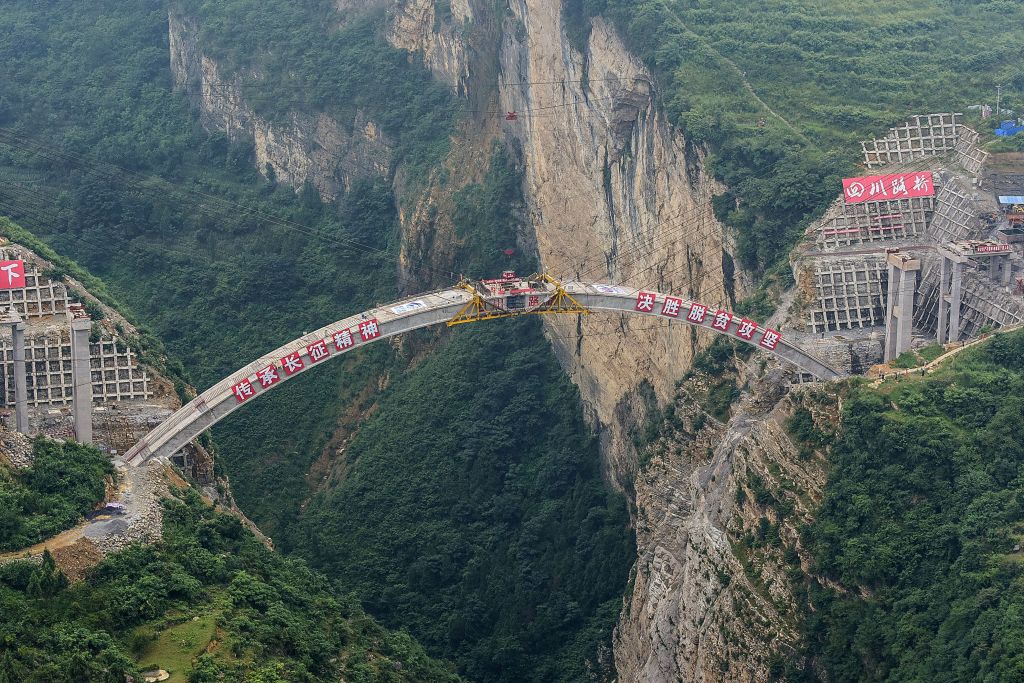 From our observations the event was designed to do two things: one, generate extensive content for local media on the status and progress of the BRI, and two, collect feedback from a range of voices across the region to allow Chinese think-tankers and state officials to listen and take stock of where various research and government policy is at on the BRI around the region.

If there was a third objective it was more local. Yunnan is amongst the bottom third of China’s provinces in income per capita terms, and sees a future, as suggested by Xi Jinping in 2015, as China’s “radiation centre facing South and Southeast Asia.” In other words, Yunnan, as China’s window into South Asia and mainland Southeast Asia, wishes to benefit economically as the region becomes increasingly interconnected through road, rail, free trade zones, and multilateral forums such as the Lancang Mekong Cooperation initiative. A concurrent trade and investment fair for China, South Asia and Southeast Asia underscored this objective vividly.

Interestingly, the conference format was somewhat bereft of hierarchy or academic ritual. Senior researchers were often sitting alongside much more amateurish presentations. Indeed, it was something of an assembly line, with every speaker given 10 minutes and a warning at eight minutes, and then 10 or so speakers in a row before the chair made some concluding remarks. The “keynote speeches”, about a dozen of them in a row, were similarly short and often perfunctory. There was little Q&A.

The concluding plenary session had plenty of media and TV coverage, and many party officials mainly from senior echelons of the Yunnan provincial administration, using the opportunity to display their prowess in speeches and analysis. Party officials summed up what they thought were useful points for China from the presentations, and this suggested that the conference is potentially used to generate new policy thinking, as well as offering an opportunity for the exercise of Chinese soft power.

Not unexpectedly, there was quite a lot of content on the BRI. We would assess that on balance the assessments were generally positive, but there was certainly also constructive criticism.

There were also calls for improved governance and transparency of BRI projects. A Sri Lankan presenter pointed out that on infrastructure financing and the BRI, some of what is said is misleading. Stating that “Everyone knows Hambantota”, the question was raised whether Sri Lanka’s debt problem was mainly due to China, given that China makes up only nine per cent of Sri Lanka’s total debt. A Chinese presenter pointed out that “biopiracy” (where researchers use traditional knowledge without permission) is a threat to developing countries, and that India has a biodiversity law – China doesn’t.

Indeed, if there was a theme for the South Asian presenters it was, as put by a Bangladeshi academic, that China can help build cooperation with South and Southeast Asia countries in meeting the challenges of climate change, environmental pollution, piracy, while at the same time Chinese megaprojects need to be better explained, with more transparency.

The BRI can be maddeningly obtuse, with vague messaging and even vaguer key performance indicators. Whether out of chaos or by design, those of us watching the evolution of the BRI from outside of Beijing’s policymaking discussion circles have precious few tools to make sense of what we are seeing. Are we looking at a connectivity project? An infrastructure project? A development assistance initiative? A geopolitical flex grounded in cultural imperialism? Some mixture of everything?

The China-South and Southeast Asia Think-Tank Forum presents a rare chance to experience both how China’s regional neighbours see the BRI, and how China sees itself. If the BRI is really a dynamic, iterative policy, then annual moments like this forum capture in real-time where the BRI is at, and, crucially, where it is heading.