What we have lost: International education and public diplomacy

Entangling universities with geopolitics can mean a bad student experience has a far broader cost. 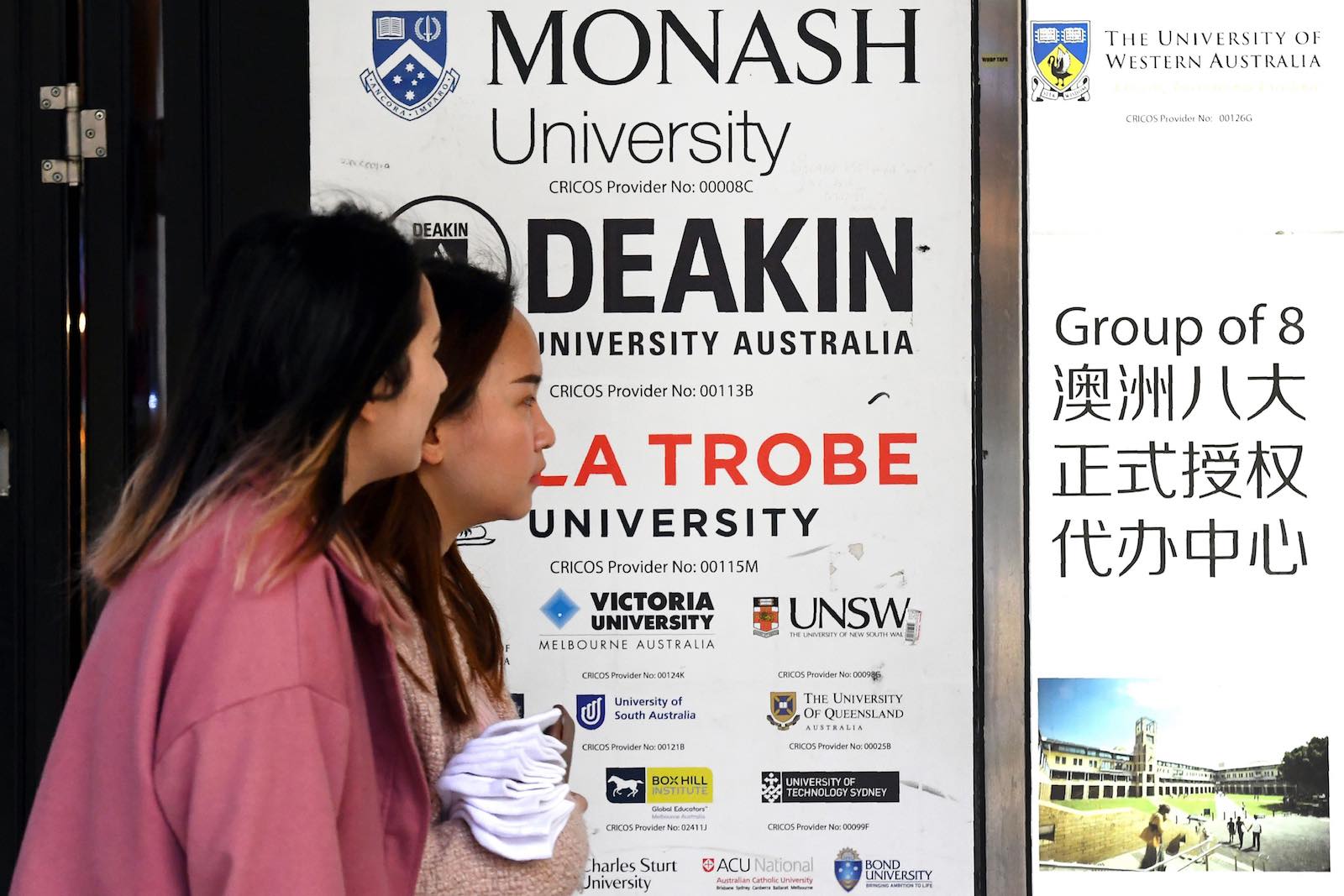 Over the last 30 years, the role the Australian higher education sector plays in navigating power within the Asia-Pacific region has become less overt and increasingly reactive (William West/AFP/Getty Images)
Published 10 Aug 2020 15:00   1 Comments

Australian universities have experienced a surge in interest from Hong Kongers looking to relocate to Australia, with an unusually high level of enquiries and applications. The Australian Department of Home Affairs released data last week which shows there has been a 17% increase in lodgements of higher education student visas from Hong Kong students. There has also been a 31% increase in secondary school student visas lodged by Hong Kong parents looking to send their children to high school in Australia once borders reopen.

This increase is an indication that what was essentially a geopolitical policy move by the Australian government will likely have a direct impact on the higher education sector and on skilled migration strategies as the country plans its pandemic recovery.

The positioning of the higher education sector within geopolitics, public diplomacy and nation-building agendas is hardly new. The history of international higher education in Australia is built on its relationship to its national strategic objectives in the region.

However, over the last 30 years the role the sector plays in navigating power within the Asia-Pacific region has become less overt and increasingly reactive. This means that while universities are at times “used” as an instrument of foreign policy by various governments, in Australia this has not been clearly articulated with the domestic public.

In response, those in the sector argue that international education punches above its economic weight in Australia – last year, it contributed $40.3 billion to Australia’s GDP and is the country’s third-largest export industry. The cost-benefit narrative around international higher education during this time has been around economics – the dollars at risk and the dollars to gain.

Over time, the economic drive as a rationale for building international education as an industry in Australia has taken precedence over the auxiliary role it has played – and continues to play – in maintaining and promoting Australia’s interests within a rapidly changing Asia. Education, trade and trust are linked together formally via government policy statements. This articulation sits quietly, passively waiting for crisis when either education, trade or foreign policy interests seek to dust it off in their interest.

This reactive approach has been evident in recent years. In 2009, violent attacks on Indian students led to migration crackdowns and the collapse of dubious provider institutions in Australia. It attracted significant media attention in India and generated regional criticism of Australia. The reputation of Australia as safe, credible and welcoming was damaged. What followed was a series of high-profile visits to India, a taskforce on violence against Indian students and government sponsored visits by Indian journalists. The crisis revealed international education’s public diplomacy potential, but it also revealed the risk associated with racism and poor student experience for Australia’s reputation in the region.

The Sino-Australian political relationship has been played out in the international higher education sector. Political tension between Beijing and Canberra has been the backdrop for China’s Ministry of Education issuing a series of “warnings” to their students in Australia about the potential for racial violence, most recently in June. These warnings are always with reference to genuine incidents that have occurred in Australia. However, the timing of these warnings has also tended to coincide with increased tension between the Australian and Chinese governments.

In both the Indian crisis and the emerging Chinese student crisis, it was reports of racism in Australian communities that became the avenue for – or expression of – bilateral tension.

The latest warning, for example, was issued following the Australia’s announcement of a proposed inquiry into the emergency of the coronavirus in Wuhan. The reaction was to a statement by Education Minister Dan Tehan that “Australia is a popular destination for international students because we are a successful, multicultural society that welcomes international students and provides a world-class destination”. Social media campaigns facilitated via businesses and the university sector swept into action to reassure Chinese students in Mandarin that “Australia welcomes you”.

This reactive public diplomacy approach to international education does not allow for a comprehensive consideration of where the risks and threats are to our education-based relationships in the region. In both the Indian crisis and the emerging Chinese student crisis, it was reports of racism in Australian communities that became the avenue for – or expression of – bilateral tension. Without Australian communities “onboard” with international students, this potential for risk continues.

The risk is great. A recent study from Stanford University showed that Chinese international students who experienced racism, discrimination or had negative experiences on university campuses were drawn towards conservative CCP ideology and became sceptical of liberal democracy and the “West”. This makes logical sense. My own research on people from the West living in China found that perceived racism and negative experience in that country led to a reversion to extreme patriotism and a stronger ideological push away from their host country.

Universities have a unique soft power role in this context. Students arrive ready to learn not only about course content, but about how other cultures think and why and to form connections with a different perspective on the world. If these students experience exploitation, racism, isolation and exclusion, it would be likely that they would reject this new way of life.

During the Covid-19 pandemic, as the world again shifts on its axis, this strategic function of international higher education is becoming evident. If students head back to their homes feeling negative – and even angry – at Australians and Australian communities, there is the potential for a disastrous impact outside of university budgets. The reputation of the nation and its people sits behind all solid trade and security relationships, and international students are that bridge between one country and another.