What went wrong? How Morrison lost control of the khaki election

A government determined to make national security a central campaign issue fell into the trap of fighting the last war. 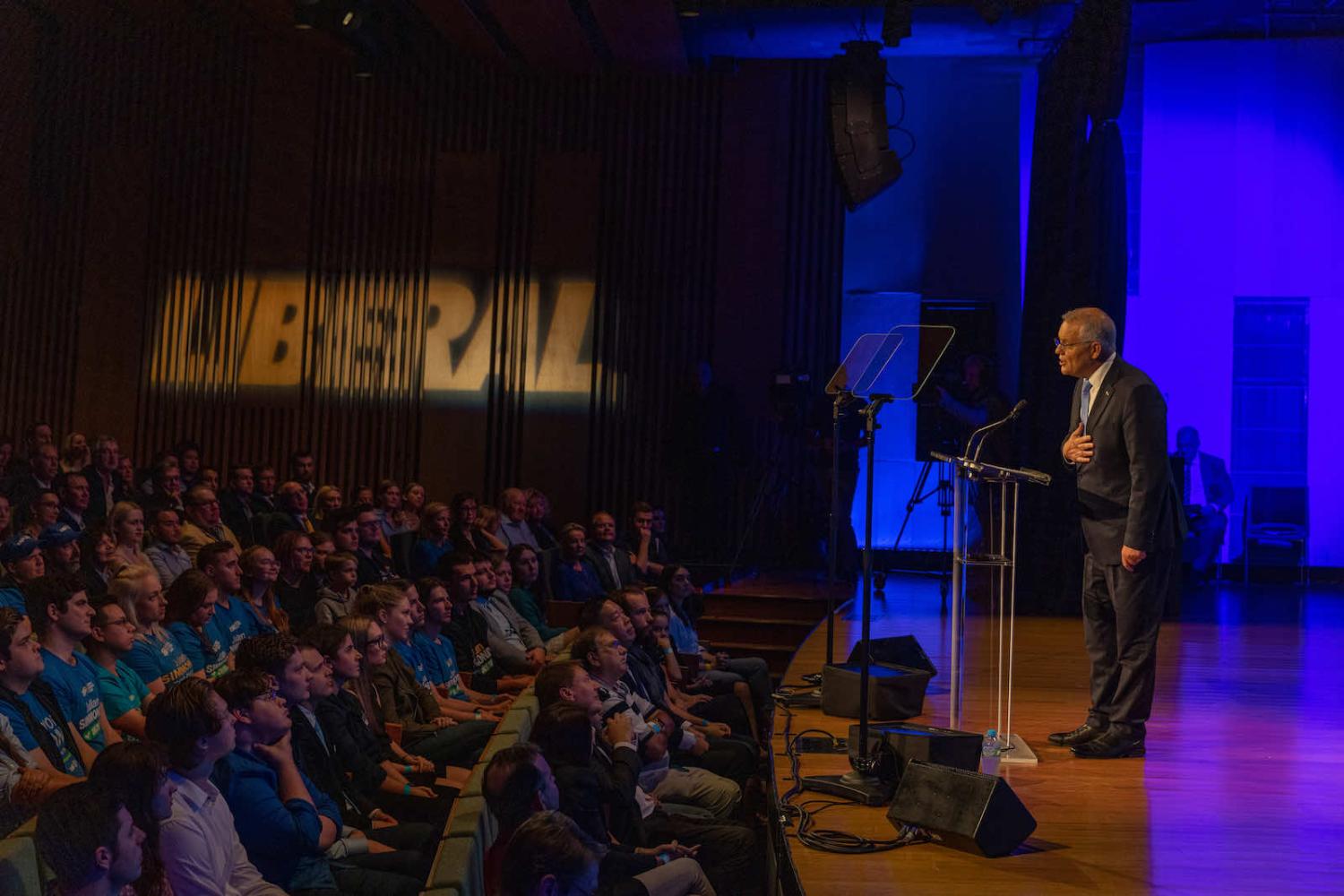 Two of the most recognised concepts from the great Prussian philosopher of war, Karl von Clausewitz are friction and chance. Clausewitz noted that friction “includes all those surprising things” that happen that make “even the simplest thing difficult”. Chance, meanwhile, is where “guesswork and luck come to play”.

In Australia’s 2022 election campaign, friction and chance have proven to be crippling to Prime Minister Scott Morrison’s government in debates over national security. Perceived to be one of the Coalition’s key strengths, national security has instead become a weakness as election day looms.

Since the early 2000s, national security issues have been prominent in Australia’s elections, particularly focused around two key issues: border security and terrorism. National security was again a key part of the Coalition’s campaign strategy for 2022, with the government running hard on the threat from China, its defence spending record and achievement in pulling off the AUKUS pact. Morrison and his Defence Minister Peter Dutton have hammered Labor as weak and untrustworthy.

Only for friction and chance to intercede.

The narrowness of the Coalition’s campaign strategy has left the government’s flanks exposed: it risked counter attacks on its cuts to aid funding, cost blow outs in defence, including a failed submarine program and a record of jilted international relationships. The government’s lack of unity on climate action has also been exposed as a weaknesses both in domestic politics and international security.

Labor’s efforts to effectively neutralise national security as an issue and turn it to its political advantage has been an extraordinary outcome given the last two decades of Australian electoral experience.

Tactically too, seeking a fourth term in government, it has proven hard to get mud to stick to an Opposition out of power for almost a decade. Coalition attacks on Labor, including an infamous “Manchurian Candidate” attack in parliament on Labor’s deputy leader Richard Marles, fell flat in the weeks before the election. An opinion poll had Labor ahead in handling relations with China and both parties evenly balanced on dealing with the war in the Ukraine. Labor’s determination to maintain bipartisanship on border protection, AUKUS and defence spending in general made it difficult for the government to get any traction, even after Opposition leader Anthony Albanese was seen to stumble on border security policy in the first debate.

As the campaign has unfolded, government promises to increase the size of the Australian Defence Force and commitment to build a new submarine base on the east coast appear to have confirmed for sceptical voters Morrison’s record of being big on far off announcements with little delivery. Conservative foreign affairs columnist Greg Sheridan described Morrison’s defence promises as “pure hot air”. Meanwhile further attacks on Marles over his past dealings with officials from China again fell flat.

Friction was thus playing a major part in the campaign. Chance then dealt the PM a crippling blow with the announcement of a security pact between Solomon Islands and China.

The government was accused of neglecting Australia’s near region. Despite tough rhetoric, including a warning from Morrison that a Chinese military based would cross a “red line” for Australia, the Solomons deal broadened the aperture of what had been cast as a “khaki election”. Debate shifted from a focus on defence spending to complex issues of international relations. It exposed questions about the government’s perceived failings in diplomacy, cuts to aid spending or abandoned soft power initiatives.

As Albanese has appeared ascendant the PM has resorted to some outrageous claims about China and Labor. Revelations from journalist and commentator Peter Hartcher about how the AUKUS deal was struck, and apparently unfulfilled American expectations of bipartisan coordination (which Morrison has denied), has fed views of a government favouring short term political wedge tactics at the expense of national security. Dutton’s mid-campaign press conference to declare the “threat” of a Chinese spy ship operating in international waters of the coast of Western Australian was similarly decried as a desperate ploy from a government behind in the polls.

Labor’s efforts to effectively neutralise national security as an issue, and, as the campaign wore on, turn it to its political advantage has been an extraordinary outcome given the last two decades of Australian electoral experience. The Coalition, though it has doggedly clung to the issue, has failed to adapt in the campaign.

Morrison famously came from behind to snatch victory in 2019. If he does so again it will not be on the back of national security as an deciding issue in the vote. A government determined to run a khaki election appears to have forgotten Clausewitz’s dictum.

Previous Article
No Gas: Lessons from Poland and Bulgaria for the Quad
Next Article
New Caledonia: Not either/or when it comes to France and China

Calling time on the 457 migration two-step

The new scheme that replaces the 457 visa program will narrow the pathway to permanent residency without addressing the problem of exploitation.
James Batley 27 Nov 2017 11:06

Keep Calm and Step Up: The White Paper's message on the Pacific

Coy about China, the government studiously avoids any sense of alarm about the region.
Frances Kitt, Lucrezia Poggetti 21 Jun 2018 13:00

Australia and Germany should work together on China

Both regions would benefit from exchanges to strengthen democratic resilience in the face of Chinese influence.