Ukraine: Balancing China and the rest

With strong links to Washington, Kiev finds itself economically bound to Beijing. 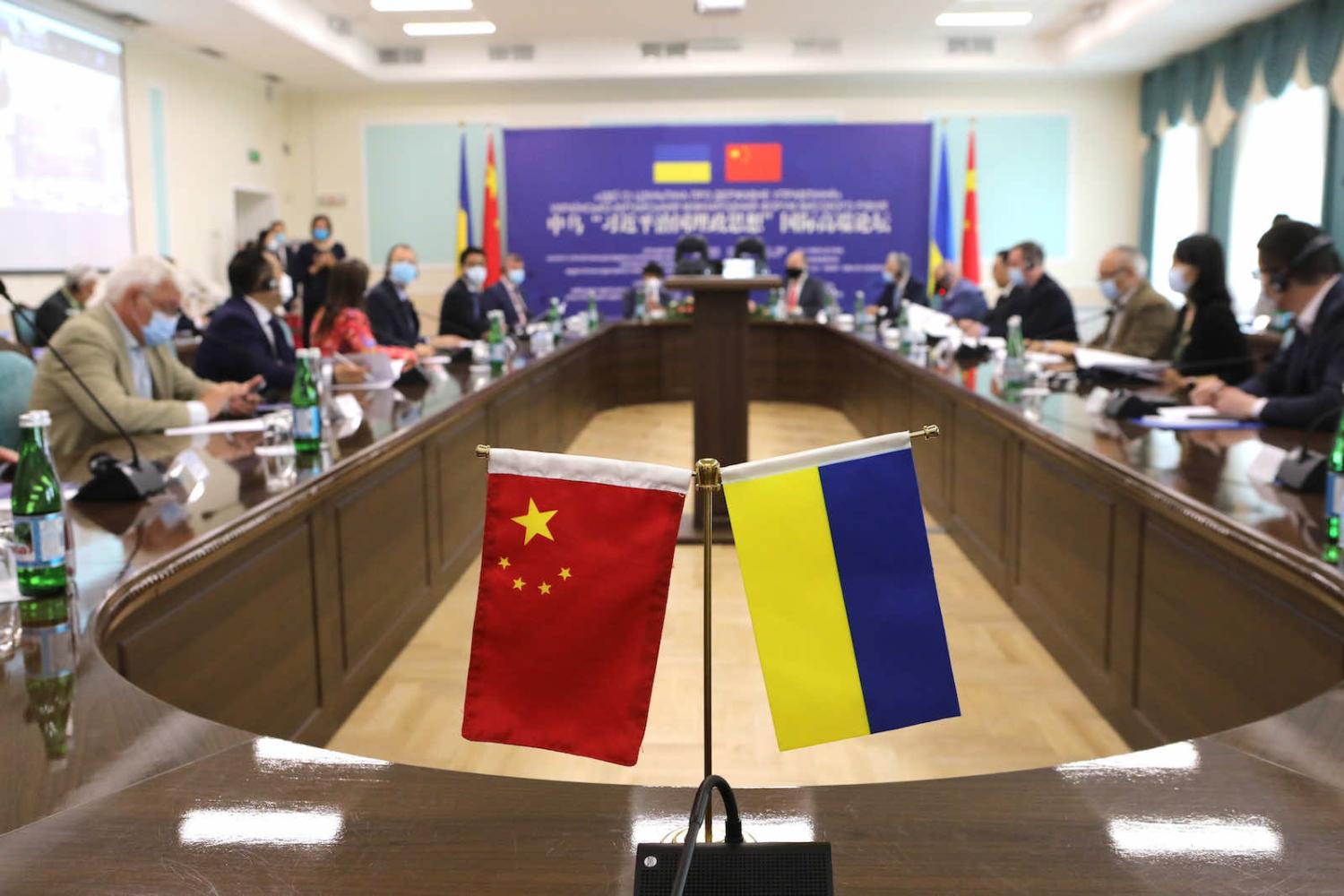 Ukraine is attempting to improve its relations with China after the nation’s authorities, allegedly pressured by the United States, decided to halt the takeover of a local aircraft engine manufacturer by a Chinese company. Ukraine is typically seen as country inside a Western sphere of influence, but, like many, the Eastern European nation is also trying to find a balance between the interests of the US and China.

Earlier this year, the Ukrainian government sanctioned four Chinese enterprises and three Chinese citizens who participated in a deal involving Ukrainian aerospace company Motor Sich, which is one of the largest producers of engines for helicopters, jets and missiles. The Chinese state-owned aviation firm Skyrizon, which has been blacklisted by the US government, had sought to acquire a controlling stake in Motor Sich, which could provide access to sensitive jet manufacturing technology.

Despite a Ukrainian court ruling to seize the assets and shares of the enterprise, Beijing’s reaction was rather moderate. “We hope that the legitimate interests of Chinese investors in Ukraine will indeed be protected”, said Fan Xianrong, China’s ambassador to Ukraine.

Formally, Kiev and Beijing are strategic partners under an agreement signed in 2011.

So far, the only additional response from Beijing has been an application for international arbitration with the backing of large global law firms to further support Chinese investors. Although, according to some reports, in March and April, criticism of Ukraine did suddenly begin to appear in the Chinese blogosphere, and it was not just about the nationalisation of Motor Sich. In July, Song Kui, President of the Contemporary China-Russia Regional Economy Research Institute, told the Global Times that prospects for China-Ukraine cooperation are good if Kiev can “get rid of the country’s dependence on the West”.

Traditionally, Chinese media reports about the former Soviet republics have adopted a neutral-to-friendly tone. Ukraine is no exception. Such an approach continued even after the violent protests in Kiev’s Maidan Square in 2013 and 2014, which resulted in the overthrow of the allegedly pro-Russian President Viktor Yanukovych, and effectively changed the country’s geopolitical course.

All that, however, did not affect China’s attitude towards Ukraine. China recently became the leading trade partner for the Eastern European nation, with the export of Ukrainian goods to China breaking records to US$7.1 billion, while the value of Chinese goods imported to Ukraine has reached US$8.3 billion. This trade relationship means, theoretically, Beijing could embargo Ukrainian products in a response to the Motor Sich dispute, which would undoubtedly impact the Ukrainian economy. However, the People’s Republic seems to favour a different approach.

Instead of jeopardising its business ties with Kiev, Beijing decided to increase its economic presence. On 30 June, China and Ukraine signed an agreement to deepen cooperation in the field of infrastructure construction. Judging by the experience of the Balkan nations that do business with Beijing, Chinese companies are expected to work on road, bridge and railway projects in Ukraine, while local enterprises will be their subcontractors. In addition, Beijing and Kiev are reportedly working on preparing a visa waiver agreement, which means the flow of Chinese tourists to Ukraine could eventually increase.

None of this seems likely to have a negative impact on the former Soviet republic’s ties with the West. As the Ukraine’s Foreign Minister Dmytro Kuleba recently said, China is not an enemy of Ukraine, but not a friend either – just a trading partner. This trade partnership appeared to be underscored after Ukraine began importing a Chinese-made Covid-19 vaccine. Yet it is also worth noting that the vaccines arrived after Kiev withdrew its signature from a joint international statement about human rights concerns in China’s Xinjiang Uighur Autonomous Region, a move welcomed by Beijing.

Formally, Kiev and Beijing are strategic partners under an agreement signed in 2011. It remains unclear, however, the ways in which this partnership could develop. According to the document, the two countries will offer firm support to each other on issues concerning national sovereignty, reunification and territorial integrity. Indeed, China never recognised Russia’s annexation of Crimea, while Ukraine regards Taiwan as an integral part of China.

How Ukraine reconciles its attempts to develop economic ties with China with the growing attitude in the West that China presents as its main adversary will be interesting to observe. Given that the G7 nations have recently unveiled a significant infrastructure initiative for lower-income countries, in a bid to counter China’s flagship Belt and Road Initiative, Ukraine is expected to be in a similar position to the Balkan countries that are outside of the European Union.

Economically, Kiev will have to balance between China and the West, while politically it will seek to remain inside the Western sphere of influence, although it will occasionally have to make certain concessions to Beijing.

Focusing exclusively on China’s use of coercion across the region obscures the true extent of Beijing’s ambitions.
Michael Beltran 3 Dec 2020 14:30

Accusation as a communist – “red-tagging” – is a potential death sentence, which doesn’t stop some from using it.
Elliott Zaagman 12 Dec 2018 16:00