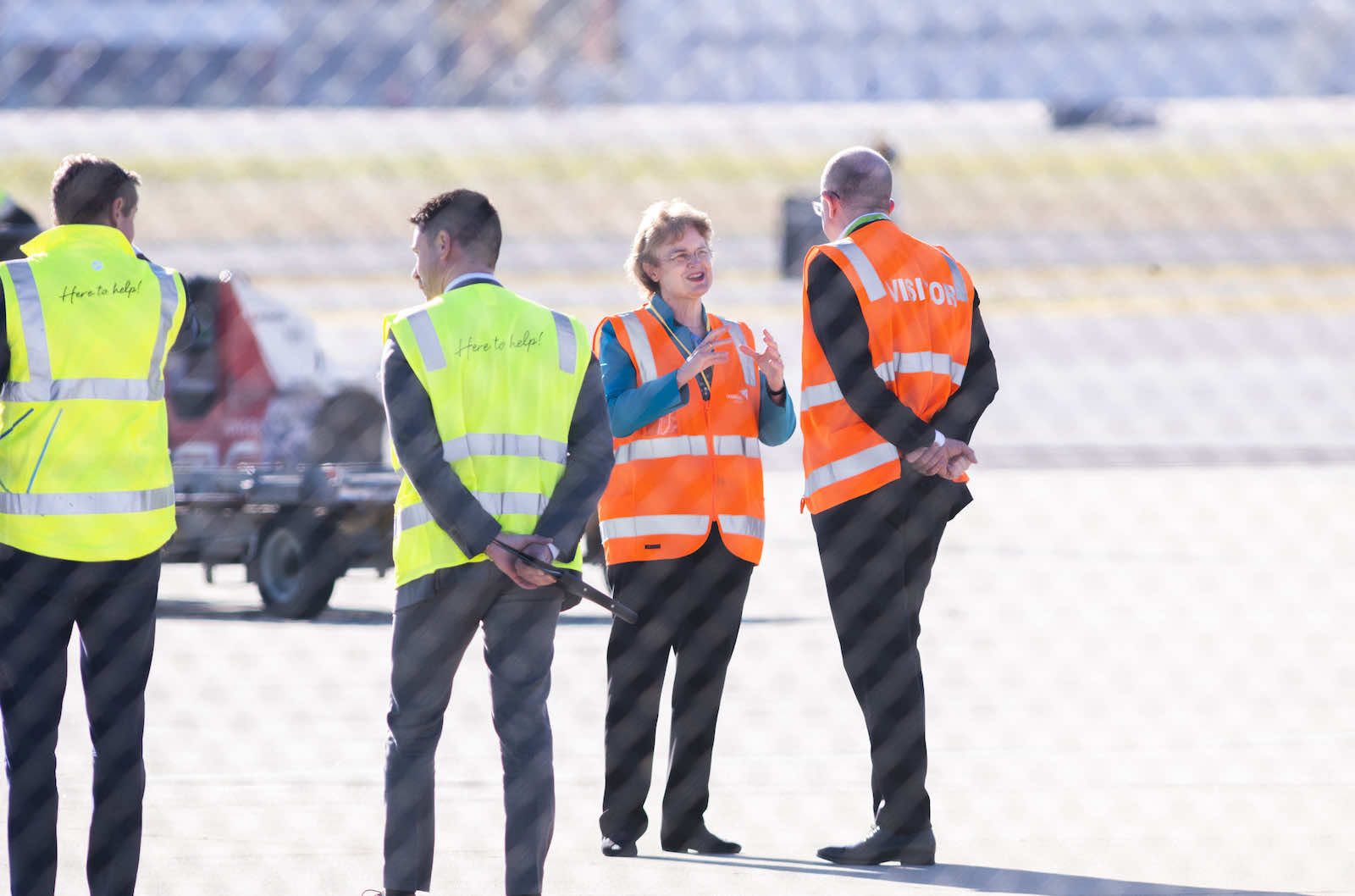 Frances Adamson, then secretary of the Department of Foreign Affairs and Trade, at Canberra Airport waiting for Covid-19 repatriation flights in May 2020 (Rohan Thomson/Getty Images)
Published 9 Jul 2021 06:00   0 Comments       Follow @NBoz603

“Pale, male, and stale” has been a consistent lament when looking at the roll call of ambassadors from most Western nations. There have been frequent calls to include more women, more people from culturally and linguistically diverse backgrounds and Indigenous communities, and to avoid plum diplomatic postings becoming havens or rewards for retired politicians.

Building on its long line of work assessing Australia’s diplomatic network, Lowy Institute researchers have now tracked the course of key diplomatic appointments made by the Australian government since 1974 in the Lowy Institute Diplomat Database. Sourcing data from departmental documents, foreign ministers’ archives and other government and secondary sources, this newly compiled map incorporates 4937 data points, identifying all head-of-mission appointments made over the past 47 years. (The conventions for counting diplomats follow the methodology applied in the Institute’s Global Diplomacy Index.)

In that time, ten governments have posted 880 heads of mission to 158 cities around the world.

The data shows that the Department of Foreign Affairs and Trade (DFAT) has made considerable progress from its somewhat “waspy” culture in 1974. But there are indications that these key diplomatic appointments may increasingly be eyed by government as attractive placements for political friends and convenient job offers for former rivals.

In 1974, towards the end of the Whitlam government, there were two former politicians abroad – John Armstrong (former federal senator) in London, and Vincent Gair (former Queensland premier) in Dublin. This represented 2% of all diplomatic postings at the time. In contrast, the Abbott-Turnbull-Morrison government has appointed 17 former politicians overseas. Ten are currently serving at time of writing, 8% of all head of mission postings.

The increased number of political appointments means that politicians are now being appointed to diplomatic missions previously led exclusively by career diplomats.

The increased number of political appointments means that politicians are now being appointed not just in roles traditionally held by former politicians such as Washington and London, but to diplomatic missions previously led exclusively by career diplomats. For example, the High Commission in London has been led by a former politician for 27 years since 1974, 56% of the time. However, the 2020 appointments of Will Hodgman to Singapore and Barry O’Farrell to New Delhi marked the first time either of these posts were led by former politicians.

Today, there are 47 women serving as heads of Australian diplomatic missions.

The data indicates the influence of DFAT’s outgoing secretary, Frances Adamson. Since her appointment in 2016, the number of women leading posts has doubled from 19% of posts in 2016 to 39% of posts in 2021. Reflecting on this during her time on the Institute’s Directors Chair podcast, Adamson stated:

I saw no reason why there should be any post for Australia or overseas that couldn’t be filled by a woman.

This approach has led to a number of important “firsts”: in the past two years, Australia has sent female ambassadors for the first time to Jakarta, Tokyo, and Seoul.

Adamson vigorously pursued the department’s Women in Leadership strategy, launched by her predecessor Peter Varghese but made a “priority” by Adamson through her time as secretary. Adamson’s work has been comprehensive, including both grand strategies and small initiatives like renaming the department’s rooms after famous women in Australian international relations. Together Adamson, with her minister Marise Payne and her predecessor Julie Bishop, presided over a significant period of change in the gender balance among DFAT's senior diplomats.

On other aspects of diversity, our examination of the available data was less revealing. In the myriad sources consulted, it was easier to find information on a diplomat’s high school, especially if it was a private or leading selective high school, than on a diplomat’s disabilities, sexuality or gender identity.

The curious increase in political appointments in the past few years aside, the data does show that Australia’s diplomatic leadership is far more contemporary and representative of the Australian population than it was a half-century ago.