It is time for Australia to pick up some of the slack regionally as the Trump Administration pursues an America First policy. The time is right to advance bilateral relations to a strategic partnership level. 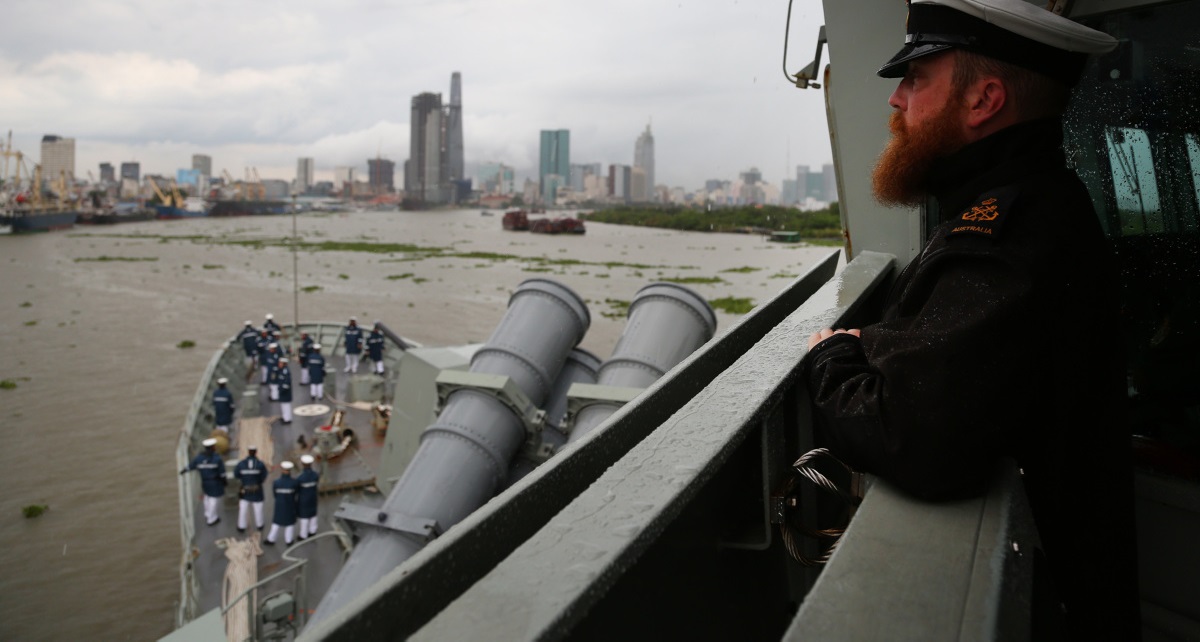 The election of Donald Trump as US president has increased strategic uncertainty about the leadership role of the US as the 'indispensable power' in the Indo-Pacific. One obvious conclusion is that Australia will have to redouble its defence and security engagement in the region. There are signs that this is happening with Australia’s recent engagements with Japan, Indonesia, Singapore and the Philippines.

But what about Vietnam? Why hasn’t it featured in Australia’s new outreach?

Australia has longstanding defence and security ties with Vietnam that stretch back nearly two decades. In 1998, Vietnam hosted its first strategic dialogue with Australia. The following year Australia opened a Defence Attaché's Office in Hanoi and in 2000 Vietnam reciprocated.

The Comprehensive Partnership agreement laid the foundation for the development of defence and security cooperation. Australia and Vietnam declared that the 'security and prosperity of both countries is linked to a secure future for the Asia-Pacific region' and pledged to 'work together in regional forums to develop credible security architecture'. To this end, Australia and Vietnam pledged to exchange defence personnel, conduct joint training, host ship visits, and conduct regular dialogues on regional security issues between foreign affairs and defence officials.

In 2010 the defence ministers of Australia and Vietnam signed a Memorandum of Understanding on Defence Cooperation. The MoU extended defence engagement from reciprocal education exchanges to a limited number of practical training activities between their navies and special forces. A key component of defence cooperation has been Australia’s provision of English language instruction and specialist training for Vietnamese personnel about to deploy to the South Sudan on UN peacekeeping operations.

As a result of the MoU, Australia and Vietnam inaugurated Defence Cooperation Talks, a Strategic Dialogue involving deputy secretaries from Foreign Affairs and Defence (2012), and a Defence Ministers’ Meeting (2013), all on an annual basis.

In 2014 Vietnam once again pressed Australia unsuccessfully to raise bilateral relations to a strategic partnership level. Nonetheless, the following year, during the visit of Vietnam’s Prime Minister Nguyen Tan Dung, Australia and Vietnam adopted a declaration on Enhancing the Comprehensive Partnership to signal growing bilateral ties. This declaration laid out a road map for cooperation at international and regional levels, including promoting the East Asia Summit as a leader-led forum, and the centrality of the Association of Southeast Asian Nations (ASEAN).

Australia and Vietnam reached a convergence of views on territorial disputes in the South China Sea. They stressed:

...the importance of maintaining peace and stability in the region, and ensuring security, safety and freedom of navigation and aviation, in accordance with international law, including the 1982 United Nations Convention on the Law of the Sea, without resorting to the threat or use of force. Both countries call on all parties to exercise restraint and refrain from actions that could increase tensions in the region. Both countries agree on the urgent need to conclude a code of conduct for the South China Sea.

The declaration also included a section on defence ties. It stated that both parties 'will strengthen the exchange of views on regional and security issues of mutual concern by maintaining a programme of regular consultations and visits at civilian official and military levels' including the annual bilateral talks mentioned above, as well as an annual Defence 1.5 Track Dialogue. Australia and Vietnam also pledged to work together to achieve shared security goals in the ASEAN Regional Forum, ASEAN Defence Ministers’ Meeting Plus, and the Expanded ASEAN Maritime Forum.

Vietnam promotes a foreign policy of 'independence and self-reliance', and a defence policy that prohibits alliances and foreign bases on Vietnam's soil. In 2007, in an important development, Vietnam was the Asia Bloc’s unanimous nominee for a seat on the UN Security Council as a non-permanent member. Vietnam received the overwhelming endorsement of the UN General Assembly and served from 2008-09. Vietnam is currently seeking re-election in 2020 and is poised to deploy a field hospital to South Sudan. Vietnam has also engaged in a robust program of defence self-help involving the modernisation of its naval and air forces. In the period 2011-15, Vietnam was the eighth largest importer of arms globally.

It is time for Australia to pick up some of the slack regionally as the Trump Administration pursues an America First policy. The time is right to advance bilateral relations to a strategic partnership level. Australia and Vietnam share convergent security views and Vietnam has the capacity to work with Australia to address maritime security issues.