Why Indonesian extremists are gaining ground

No one dares draw a line and recognise religiously-inspired incitement for what it is, let alone condemn it or take measures to stop it. 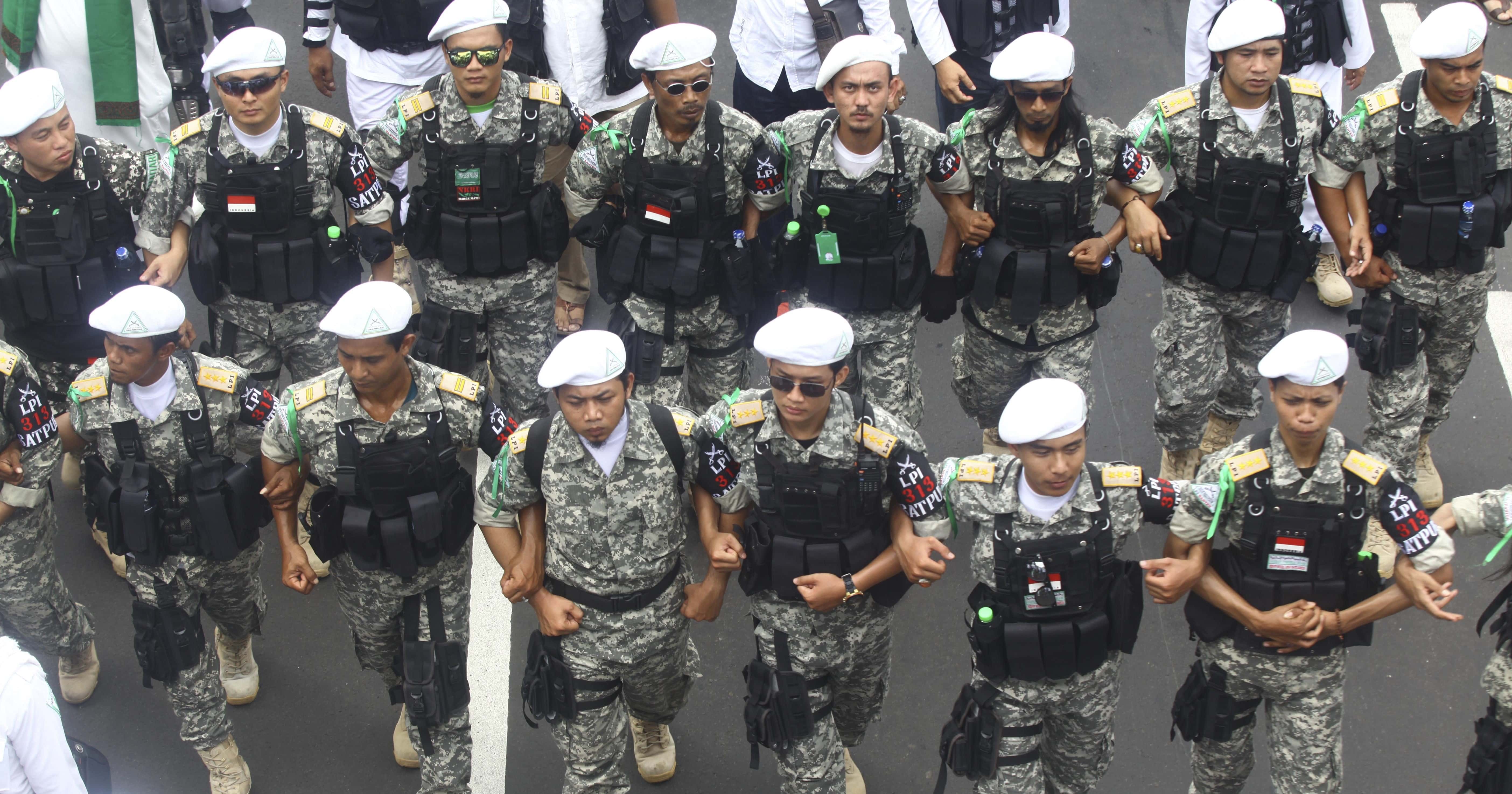 If anyone wonders why Indonesia has been ineffective in curbing extremism, the anti-Ahok campaign provides an object lesson. In the name of demanding that the Jakarta governor be prosecuted for blasphemy, it brings together violent extremists, moralist thugs and powerful political interests. And because of the latter, no one dares challenge it.

Indonesia’s spineless political leaders have allowed extremists to seize the momentum and foment religious hatred against the governor – who happens to be an ethnic Chinese Christian – for more than a month without challenging the substance or methods of their arguments. Now this hatred is culminating in a march on Jakarta on Friday 4 November that even has jihadists in Syria actively urging violence. Jakarta is on highest alert, and armoured personnel carriers are stationed near the presidential palace.

How could it come to this?

Basuki Tjahaja Purnama, otherwise known as Ahok, had been deputy governor but succeeded to the top job when then-governor Jokowi was elected president in 2014. Muslim hardliners had tried to prevent him from taking office on the grounds that a Christian should not govern a Muslim-majority city, but their efforts failed. One protest led by the Islamic Defenders Front (FPI) in October 2014 turned violent, leading Ahok to become the first senior elected official to request formally that FPI be dissolved.

Now Ahok is running for governor in his own right in an election that will not be held until February 2017. He is backed by Jokowi’s party, PDIP, and polls show him ahead of the other candidates. Running second is Anies Baswedan, former Minister of Education, who is backed by the Gerindra party of former general Prabowo Subianto, and the Prosperous Justice Party (Partai Keadilan Sejahtera, PKS), an Islamist party. Even further behind is Agus Yudhoyono, son of the former president, who seems bent on creating a political dynasty.

Conservative Muslim opposition to Ahok was noise in the political background. Then on 4 September a large demonstration was held in central Jakarta, with various hardline Muslim organisations, among them FPI and Hizbut Tahrir, coming together to exhort all Muslims not to allow a kafir, or non-believer, to lead them, citing a Qur’anic verse warning Muslims against allying with Christians and Jews. No politician dared suggest that this constituted spreading religious hatred. On 27 September, Ahok, in a speech to a group of city officials, played directly into the hands of his opponents when he said (author's translation):

The comments were unquestionably arrogant and provocative. Videos of the talk appeared on YouTube on 5 October and a firestorm erupted, claiming the Ahok had committed blasphemy by attacking the verse and the religious scholars who quoted it. Again, pluralist politicians, like President Jokowi, were silent. No one said, 'Let’s stop this in it tracks'. Neither the President nor Vice-President did anything to try to cool tempers.

On 10 October, Ahok apologised 'to all Muslims and anyone who felt offended', saying it was not his intention to slight Islam or the Qur’an. The next day, the Indonesia Ulama Council held a meeting and determined that Ahok had indeed committed blasphemy and should be prosecuted. In a statement to the media, the MUI said:

Even if politicians wanted to distance themselves from Ahok, where was a ringing defence of the constitution? If the MUI’s arguments were to be accepted by the state, it would be a rejection of the compromise worked out in 1945 between secular nationalists and Muslim leaders that obliged Indonesians to believe in one God but dropped a phrase requiring Muslims to follow Islamic law.

Police moved very cautiously to begin an investigation of the case, as hardline organisations stepped up pressure for Ahok to be prosecuted – or else. On social media and elsewhere the campaign began to take on anti-Chinese overtones as well. Still politicians confined themselves to 'hope' that the election campaign would be peaceful and refused to take on those elements that were doing their best to ensure otherwise.

Nahdlatul Ulama, the Muslim social organisation with millions of members, took the most measured stance, urging its members to calm tensions but also urging the police to 'follow legal procedures according to existing laws so that the public will feel that justice has been done without abandoning the presumption of innocence.'

The parties backing Anies Baswedan are clearly supporting the rally and the push to prosecute, and they are hoping to see support for Ahok drop. Fadli Zon, Gerindra leader and deputy head of the Indonesian parliament who has a long history of supporting Islamist hardliners, met on 28 October with the activist clerics organising the rally. A video shows them warning Fadli and others present that they will be unable to control their supporters unless they get what they want – a formal indictment of Ahok.

If political interests are exploiting the anger against Ahok, military-police rivalry is also part of the backdrop. The police have the lead in providing security for the rally, with thousands of paramilitary police (Brimob) on duty, but with military back-up. Hardline social media is portraying the Indonesia military (TNI) as a friend and the police as an enemy, and someone started a false rumour that police had been given an order to shoot unruly demonstrators on site. If violence does erupt, there is certain to be an element of schadenfreude in military ranks at a time when TNI is seeking to expand its internal security role.

Inevitably, violent extremists also see an opening. On 29 October, photographs appeared on social media of non-Indonesian and fully armed members of Syria's Victory Front (Jabhat Fatah al-Sham, previously known as the al-Nusra Front) holding signs that said 'Sentence Ahok or We Will Sentence Him with Bullets' and in front of a large wooden box, 'Ahok’s Coffin'.

ISIS supporters are less interested in Ahok than in the police. Over Telegram and other messaging services, they have been encouraging each other to use the 4 November rally 'to fan the flames of jihad' across the country. They have specifically urged each other to emulate the young ISIS supporter from Tangerang who stabbed several police last week and was then shot and killed. His 'bravery' has been cited in the latest issue of the ISIS bulletin, Al-Naba.

In the meantime, President Jokowi and other senior politicians have studiously avoided any criticism of the hardliners, even though it is clear they are worried. On Monday, President Jokowi made a highly unusual visit to the home of Gerindra head Prabowo, where both announced that they would work to prevent the 4 November rally from being disrupted by elements 'that want to divide the nation'.

But it is precisely those same elements that the government has repeatedly failed to confront. This is why extremism and intolerance are growing in Indonesia: because no one dares draw a line and recognise religiously-inspired incitement for what it is, let alone condemn it or take measures to stop it.