Why Japan is supporting Cambodia’s election

Despite Western concern the ballot will be neither free or fair, Tokyo is seeking to counter China’s influence. 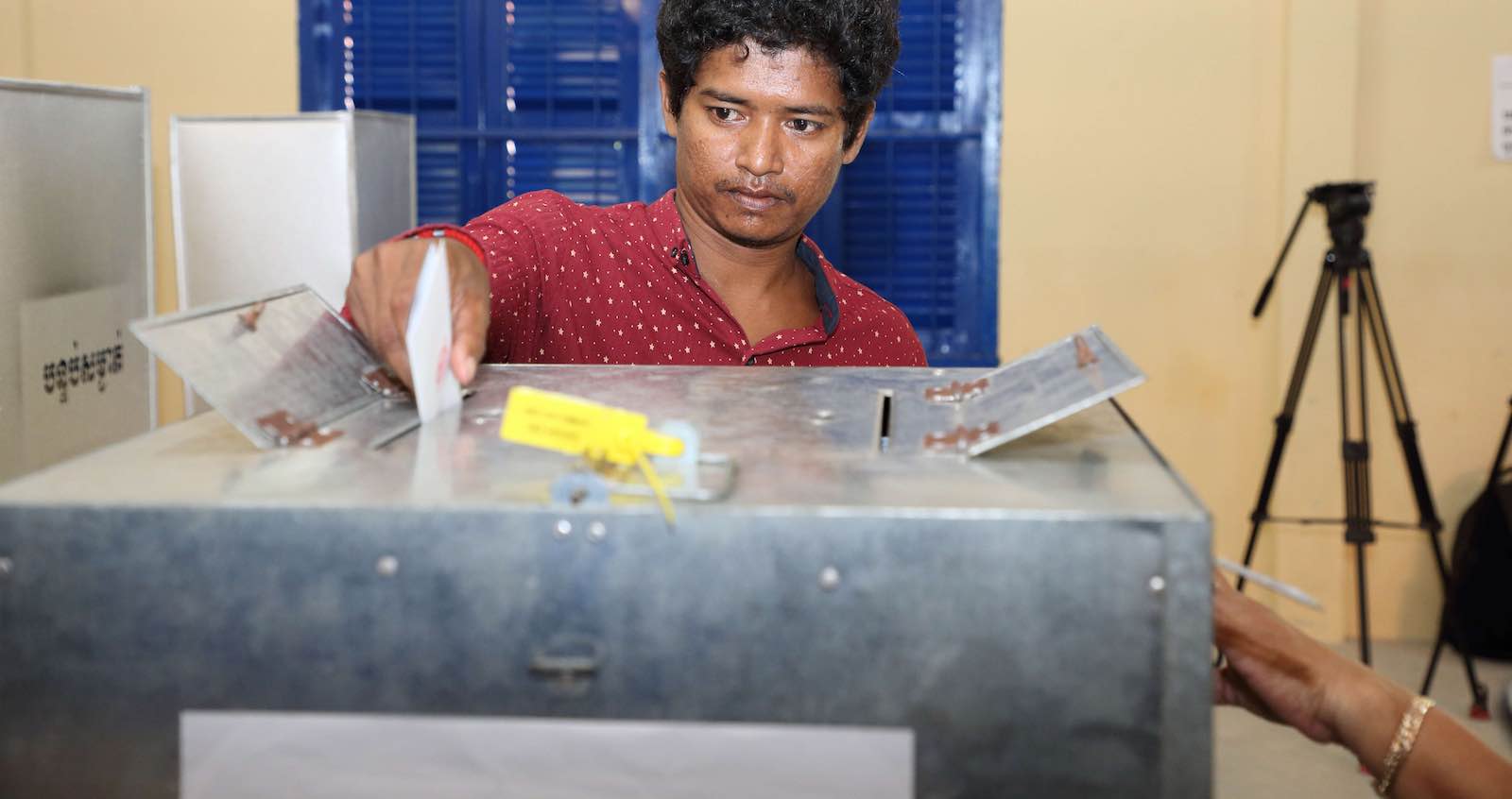 Japan has remained steadfast in its support of the upcoming Cambodian general election on 29 July amid growing pressure by its citizens, civil society organisations, and supporters of the dissolved Cambodia National Rescue Party (CNRP) – Cambodia’s former main opposition party.

Japan’s approach to the Cambodian general election is highly strategic, seeking to maintain its influence and presence in Cambodia at the same time as being gravely concerned about China’s growing role in the region.

Supporters of the CNRP have led many demonstrations in Japan, the US, South Korea, and Canada, calling on the Japanese government to end its backing of the upcoming election, citing it will not be free or fair given the CNRP’s absence.

Cambodia’s Supreme Court dissolved the CNRP in November 2017 amid allegations it was plotting to overthrow the government with US support. Kem Sokha, leader of the CNRP, is currently in detention and awaiting trial for charges of treason. The CNRP denies the charges and describes the move by the government as politically motivated.

Given Japan’s political and socio-economic influence on Cambodia, Tokyo has been identified as a key target, in addition to many other Western countries, of the CNRP’s efforts to delegitimise the upcoming elections, which the Cambodian People’s Party (CPP) led by Hun Sen – who has been Cambodia’s prime minister for 33 years – is expected to win.

Self-exiled former CNRP leader Sam Rainsy met with Japanese lawmakers, the business community, and the Cambodian expatriate community in April with the aim of starting a pro-democracy movement in the country and securing the support of the Japanese government.

Contrary to the sanctions taken by the US and the European Union in suspending their support of the election, Japan has taken a different approach. Japan has continued to be largely supportive of Cambodia, committing $7.5 million to the National Election Committee, and is pursuing a less confrontational approach to the Cambodian government locally and internationally.

Calls by CNRP supporters and former politicians may be ineffective in changing Japan’s position. This strategic move by Japan is aimed at countering China’s growing influence in the region. With the withdrawal of US and EU assistance, China has been quick to lend its support in backing the upcoming election financially and diplomatically, which has caused unease in Tokyo.

Japan has been one of Cambodia’s most significant donors in helping the country rebuild following decades of civil war. Since 1992, Japan has contributed more than $2 billion to the Cambodian government, working closely with it to rebuild the country’s infrastructure, education, and health systems. In April, Japan signed a grant and loan agreement with Cambodia totalling more than $90 million for economic and electricity transmission projects.

However, over the past few years, China’s foreign policy has undergone a transformation, with an emphasis on expanding its economic and diplomatic ties throughout the world through the Belt and Road Initiative in Asia, Africa, and Europe.

At the time, this contribution from China surpassed those of Japan and the EU, which had committed $6.7 million and $1.1 million respectively. China’s support for the election was increased following the withdrawal of US and EU support.

However, many have argued that China’s backing has come at a cost, often citing Cambodia’s intervention in blocking a joint communiqué by the Association of Southeast Asian Nations (ASEAN) on maritime disputes in the South China Sea in July 2016. Cambodia stood with China, stating that disputed claims should be dealt with on a bilateral basis.

Japan’s approach to the general election is highly strategic, seeking to maintain its influence and presence in Cambodia given the withdrawal of other Western countries, at the same time as being gravely concerned about China’s growing role in the region.

Although Japan’s contributions may not parallel those of China’s, Tokyo seeks to maintain good relations, which could be beneficial in the future. Should Japan withdraw its support, it could sour the relationship with Cambodia it has spent decades cultivating and allow China to expand its influence even further.

With the CPP expected to win in July, Japan is not taking any chances. Hun Sen has publicly demonised the West for its condemnations, but Japan has continued to share the limelight with China. This public display of appreciation by the Prime Minister illustrates that Japan is still in Cambodia’s good graces.

For now, Japan has made its move, and it is unlikely the pressures at home and abroad by supporters of the CNRP will change Tokyo’s stance.