The damage inflicted on the region by European imperialism was not forgotten – a backlash that continues to the present. 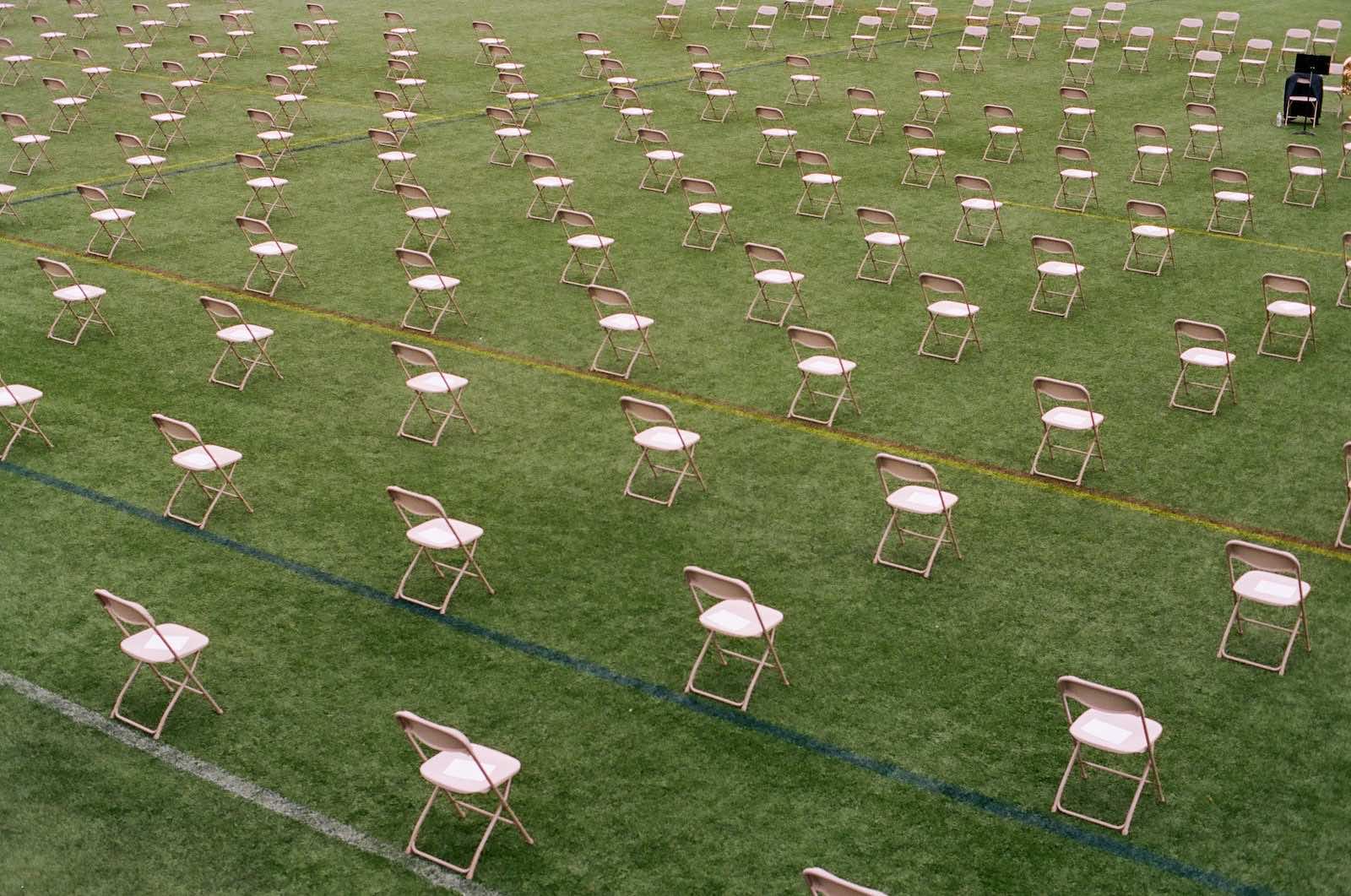 Anxieties about the fate of liberalism are everywhere rising, as Francis Fukuyama makes clear in his latest defence of ideals he once described as “the endpoint of mankind’s ideological evolution”. Discontent with liberalism’s double standards and political resistance to the wealth inequalities generated by liberal, pro-market governments are flourishing. A new form of strong-state despotism is spreading globally. And, contrary to Fukuyama’s claim that liberalism was until recently “the dominant organising principle of much of world politics”, careful examination shows that his “end of history” fable was never applicable to the Asian region, where for several reasons liberalism failed to prevail.

Considered as an early 19th-century European word for describing and recommending a way of seeing the world and acting politically to decide who owns what and how rights-bearing people should be governed, liberalism was from the outset an expansionist imperial project that impacted heavily on the Asian region. Analysts of the liberal script have sometimes overlooked this. For instance, Karl Polanyi’s classic account of the 19th- and early 20th-century rise and fall of liberalism, The Great Transformation (1944) contains only fleeting, one clause references to “the British and the Russians … competing with one another in Asia” and to the way “China was forced by invading armies to open her door to the foreigner”.

The silence is odd, for truth is that European liberals vigorously promoted the acquisition and government of colonies. James Mill’s ruminations on India and his son J.S. Mill’s defence of imperialism as the bringer of progress and civilisation to historically backward peoples (“barbarians”) are just two of many recorded examples.

Historically speaking, liberalism gave liberalism a bad name, for which eventually public apologies would be made for the hypocrisies, degradation, and violence it left behind.

Even though the region today is home to plenty of avowed liberals, liberal networks and foundations, the reputation of liberalism in Asia was permanently damaged by the violent predation unleashed by liberal imperialism. In Indonesia, for instance, Dutch liberals cheered on imperial rule against the “lower races”, with new taxes and laws imposed, battles fought, cruelties dispensed and local rebellions crushed underfoot. European liberalism’s old love of Leviathan stretching back all the way to Thomas Hobbes proved infectious. After independence, the instruments of military rule it helped to build were bequeathed to post-colonial rulers, as in Burma and Pakistan. Historically speaking, liberalism gave liberalism a bad name, for which eventually public apologies would be made for the hypocrisies, degradation, and violence it left behind.

The damage inflicted on the peoples of Asia by liberal imperialism was not easily forgotten, and it produced backlashes and left behind a motley assortment of polities, none of them “liberal”, if by that is meant commitment to the first principle set out by John Rawls in A Theory of Justice that “each person is to have an equal right to the most extensive system of equal basic liberty compatible with a similar system for all”.

The list is familiar: imperial “fascism from above” or “cool fascism” (the phrase coined by Hasegawa Nyozekan) in Japan; murderous totalitarianism in Cambodia; a large crop of cruel secular or communist military dictatorships (South Korea, Thailand, Laos, Indonesia); corrupted monarchies (Thailand); a non-liberal, secular, democratic republic in India; and (as James Scott pointed out in The Art of Not Being Governed) communities in upland Southeast Asia who consciously opted out of state rule.

New Zealand and Australia, both former white-dominated colonies, are said to be regional exceptions, but they are better described as settler social democracies founded on the large-scale murder and marginalisation of indigenous peoples. No model “liberal” political order appeared out of the ashes of liberal imperialism. Except the United States, a global empire that seized the moment, claiming to be “liberal” and the military and economic guarantor of what came to be called the “free world” and the “liberal order”.

The past half century of neo-liberalism, as it is widely called in the Asian region, hasn’t helped the reputation and appeal of liberalism, though the story of liberalism’s historic deep attachment to possessive individualism (C.B. Macpherson) is complicated. The Malaysian anthropologist Aihwa Ong long ago pointed out that neo-liberalism has only been selectively and partially adopted, for instance in the form of state-regulated free trade zones, industrial parks, tourism enclaves and special economic zones geared to global markets. In Japan, Liberal Democratic Party Prime Minister Fumio Kishida’s talk of a “new capitalism” geared not just to growth but to tempering markets and the redistribution of wealth conforms to this tradition.

Nevertheless, wherever neo-liberal adventures  happened, most notably in India, environmental despoliation and social inequality have resulted. The resulting pathologies have given life to the oppositional language and politics of democracy, usually at the expense of liberalism.

In many parts of Asia, America is no longer cool.

Throughout the region democracy means clean running water, decent roads, electricity, and education. It means free and fair elections and the refusal of arbitrary power, wherever it is exercised. Many sentiments and forces feed the trend. Muslims of faith appalled by discrimination and genocide. Garment industry workers struggling to form trade unions. Believers in dharma tired of military rule. Citizens angered by the destruction of local habitats by corporate vandals. Young people yearning for digital freedoms. Small entrepreneurs, as in South Korea, shaving their heads in protest at the damage done by Covid-19 lockdowns. Liberalism has no special claim on any of this resistance. To call it “liberal” or to emphasise its affinities with “liberalism” is a misdescription of things.

There is more bad news for liberals. In geopolitical terms, in the Asian region, the liberal world order backed by the United States appears to be falling apart. The credibility of the American belief that “liberal peoples” are entitled to deal with “outlaw” states through “forceful sanctions and even … intervention” (as Rawls put it in Law of Peoples) is crumbling. In many parts of Asia, America is no longer cool.

By contrast, 50 years ago, amid a senseless war that it lost, the United States, said to be the guardian of the international liberal order, struck an historic deal with China. The diplomatic reversal triggered expectations of “free market liberalism” and “liberal democracy” and (with the collapse of the Soviet empire) even “the end of history”. These conceited liberal expectations have been proven wrong. The whole region is now facing a resurgent new Chinese empire, an expansionist form of state capitalism whose one-party rulers self-confidently dismiss liberalism (zì yóu zhŭ yì) as a synonym for unbridled capitalism, destructive competition, decadent social morals and the erosion of family life. In its place, the rulers of China embrace a mixture of governing values, ranging from “Marxism, economic pragmatism, and Chinese traditional values” (Yan Xuetong) through to welfare reforms, expanded rights of education and talk of “ecological civilisation”.

With a strong measure of humility, liberals everywhere must pay attention to this trend, not only because it serves as a reminder of the need to give account of their earlier wrongdoings, but also because this watershed, epochal development is powerfully going to decide the future of liberalism.

Show 5 Comments
Previous Article
Cause and effect: The right security architecture for the Indo-Pacific
Next Article
Bongbong Marcos closes in on the Philippines presidency