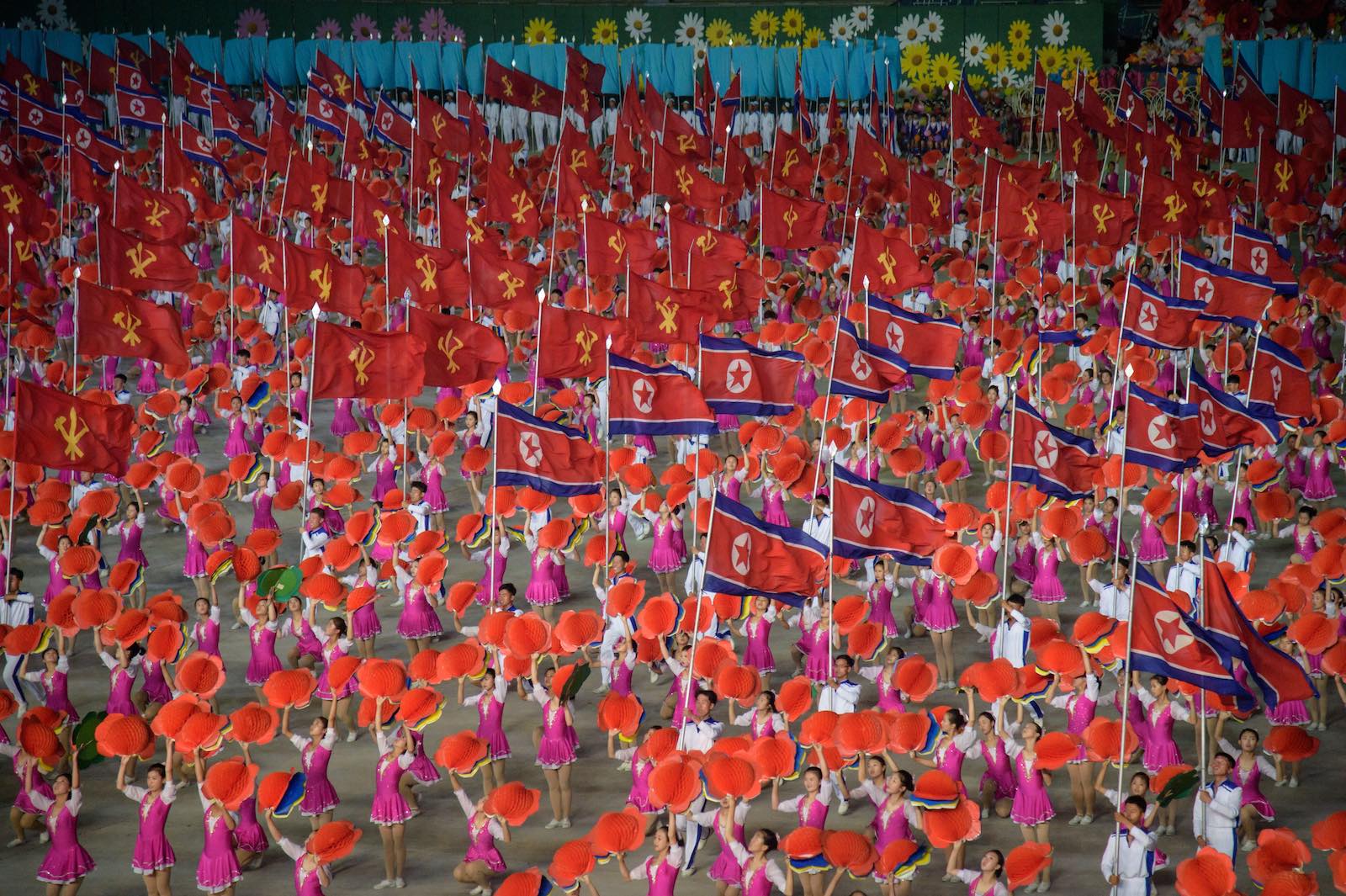 Last month in The Interpreter, I argued that inter-Korean status quo is deeply persistent. US President Donald Trump and South Korean President Moon Jae-in have tried all sorts of tactics in the last 28 months to change things, yet nothing seems to work.

In 2017, Trump reached to the limits of coercive bargaining by threatening war against the North. For a few months there, it actually seemed like he might do it, unlike the many hollow threats of his predecessors. But the North did not back down.

Given all the hawkish pressure, followed by dovish engagement – arguably the most intense efforts ever to solicit North Korean change – the lack of change is a puzzle.

In 2018, Trump and Moon switched dramatically to a dovish track. In the place of “fire and fury”, North Korea became a brother Korea state in a “love” affair with the US president. All this flattery – including a one-to-one meeting with the US president – does not appear to have worked either.

North Korea has not made in any meaningful concessions for its increasing normalisation through engagement.

By meaningful concessions, I mean movement on major political or strategic issues such as human rights, nuclear warheads, missiles, other weapons of mass destruction, and so on. Smaller give-aways, such as the return US Korean War MIAs or inter-Korean family reunions, grease the wheels but are not genuinely weighty concessions.

Given all the hawkish pressure, followed by dovish engagement – arguably the most intense efforts ever to solicit North Korean change – the lack of change is a puzzle. I see three possible reasons, drawing from the “levels of analysis” literature in international relations theory.

One obvious explanation begins at the individual or psychological level. Such explanations would evaluate the individual players competence, rationality, pre-existing prejudices, commitment to the issue at hand, and so on.

This hypothesis almost certainly does not work for Moon, who has devoted much of his career to this issue and is otherwise a down-to-earth, savvy politician. It might apply to North Korea’s Kim Jong-un. Perhaps the Kim family really does live in bubble of “fake news” and Neronian luxury, disconnected from the world around them. But there is little evidence for that. Both Moon and Trump – with five summits with Kim between them – have described him as focused, serious, knowledgable, and so on. The Kims are not “mad”.

The real issue is Trump. By his own admission, Trump did not prepare for either summit with Kim. At the Hanoi summit, Trump’s poor grasp of the relevant issues helped sink that meeting, because Trump was unable to debate details with Kim after Kim rejected Trump’s initial, all-or-nothing denuclearisation offer.

And Trump’s commitment to the process has been wildly erratic, often bizarre. He has drawn an analogy with the De-Militarised Zone (DMZ) between North and South Korea to his desired wall on the US southern border, he has called Kim his “friend”, and after the summits, ceased talking about the issue in public, apparently out of disinterest, while his subordinates took over.

At no point has Trump shown the deep commitment to the process that was evident in, say, Jimmy Carter’s Camp David Accords effort, Bill Clinton trying to forge an Israeli-Palestinian deal, or George W. Bush trying to sell the Iraq War.

A second explanation would look at domestic politics. Perhaps Trump, Moon, and Kim are deeply committed to dealing but face bureaucratic resistance back home. Have they groomed a domestic coalition to support their effort for a major policy re-orientation toward a traditional enemy?

This likely does not apply to Kim. As an Orwellian tyrant, he can simply push aside opposition at home. And he has. This hypothesis does appear to work for the US and South Korea though. Neither Trump nor Moon has made much effort to groom a supportive domestic coalition.

Trump, in his epic laziness, has never managed to give a serious, programmatic speech on his engagement with North Korea. Neither his National Security Strategy nor National Defense Strategy lay down any plan for North Korea engagement either. Trump appears to be “winging it” with Pyongyang, as he has with so many other issues. Congress is deeply sceptical, as is the analyst community and military. Nor Trump has well controlled his free-lancing subordinates, mostly obviously National Security Advisor John Bolton who is widely thought to be undercutting outreach.

Moon too, surprisingly, has failed to reach out to center-right voters to build a national mandate for a revolution in relations with North Korea. Moon’s approval rating is stuck around his low 41% election result. And he has mostly ignored relevant stakeholders. This observation is based on much personal experience and conversation in the last two years. I spoke a National Assembly Research Service event in 2018, where the primary concern of the 22 assembled parliamentarians at the end of the event was not any policy argument the speakers had made but a basic demand that the National Assembly, as a co-equal branch of democratic government, be informed by the executive of its North Korea agenda.

Similarly, in interviews and meetings with foreign diplomats in Seoul, I have been repeatedly been told that the Moon government shares very little with them. This lead, for example, to Moon returning empty-handed from his October 2018 Europe trip on North Korea sanctions relief, because his administration did no preparation with the Seoul-based diplomatic community before he left. And in talks and meetings at various US bases in Korea, I have heard repeatedly that the Moon government’s military agreements with North Korea go forward with no US consultation or even warning. I have heard similar rumblings of poor information sharing from the South Korean Ministry of Foreign Affairs. Moon is running this on his own, through a tight coterie of Blue House advisors.

A final, structural explanation, from defensive realism and deterrence theory, is the simplest. Perhaps North Korea’s regards its nuclear weapons as so valuable it will never give them up. They provide the North with existential regime security. The US will never seek regime-change against a nuked-up North.

So perhaps it doesn’t matter that Trump does not know the difference between fission and fusion bombs, or that Moon has utterly failed to win-over the South Korean conservative press who have run one op-ed after another against his outreach. All that matters is the tremendous defence and deterrence potential of these ultimate weapons.

All three of these hypotheses strike me as plausible. Unfortunately, it is impossible to gauge their causal weight, as we have no access to North Korean decision-makers’ thinking. But perhaps they can be interwoven into the following cohesive narrative:

These ideas are building toward a longer paper. I would be happy for any commentary.