For all the bluster, threats, reversals and extremes in recent times, very little “on the ground” has altered. 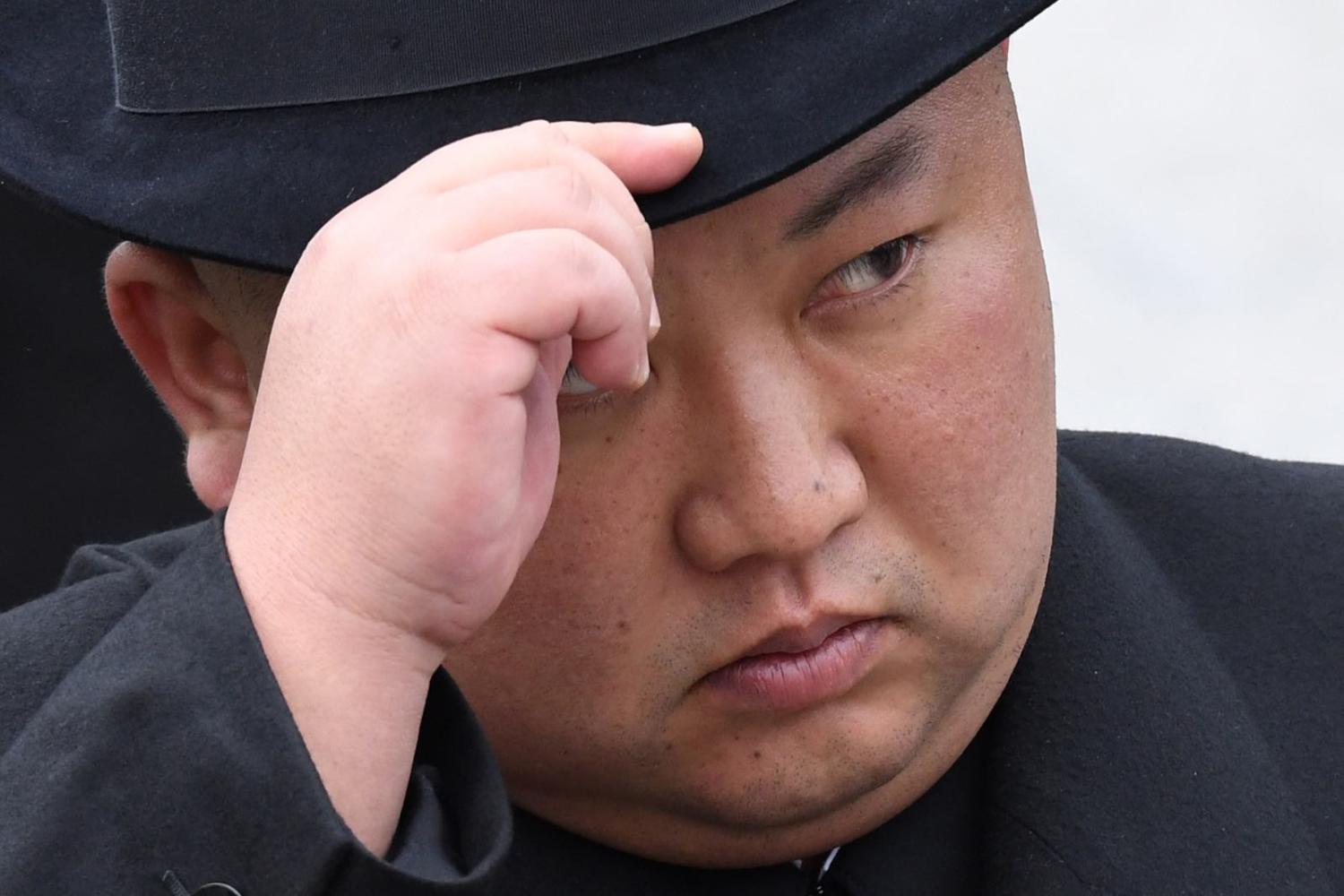 It is a commonplace in media treatments of the Democratic People’s Republic of Korea (DPRK, or North Korea) to view the previous two years as remarkable. This is often premised on the notion that the heavy American and South Korean (ROK, or Republic of Korea) engagement with the North since 2017 has somehow revolutionised or radically changed affairs on the Korean peninsula.

This is incorrect. In fact, the inverse is true – the peninsular status quo is in fact quite stable. Despite enormous efforts at change, little “on the ground” has altered, both over the many decades of division, and in the last 28 months. As David Kang from Dartmouth College has argued, deterrence on the peninsula is quite stable.

The year 2017 was characterised by arguably the most hawkish pressure in the history of US relations with North Korea. US President Donald Trump famously threatened “fire and fury” might “totally destroy North Korea”. Then Trump, in cooperation with South Korean President Moon Jae-in, dramatically switched to a similarly extraordinarily dovish approach beginning in 2018. Moon has spoken of the two Koreas are kindred states, while Trump has said he and North Korean leader Kim Jong-un are “in love”.

In short, in the space of just over two years, arguably the most extreme hawkish and then extreme dovish approaches in the history of allied – US and South Korean – engagement with North Korea occurred. This was a remarkable “natural experiment” test of the durability of the long-standing status quo with North Korea.

If anything would have moved the status quo, it should have been these dramatic gestures, because implicit in both hawkish and dovish critiques of the status quo – arguably defined as former president Barack Obama’s “strategic patience”, the containment, deterrence, sanction, and isolation of the North – is that alternatives to the right or left would fare better.

Hawkish or conservative alternatives to traditional containment include threats of force, such as airstrikes on military or nuclear facilities, and even preventive war. Dovish alternatives include thick engagement along the lines of the “Sunshine Policy” of 1998–2007, or even appeasement – in the technical rather than dismissive neoconservative sense of that term – via unilateral concessions.

Thus far, neither appear to have worked. Threatening North Korea in 2017 encouraged it to dig in its heels. It continued to test missiles through the duration of Trump’s threats. On the major political and strategic issues, such as human rights, deployment of the (North) Korean People’s Army (KPA) along the Military Demarcation Line (MDL), or nuclear weapons, 2017’s coercive bargaining did not move the DPRK.

Neither apparently has engagement. Despite Moon’s long personal commitment and deep knowledge of these issues, he too has been unable to draw out major concessions from the North on the core political and strategic issues. Inter-Korean agreements have brought minor changes – such as limited de-mining along the MDL and family reunions – but Pyongyang has yet to send any “costly signals” of deep or irreversible concessions.

And what concessions do we seek? There is, of course, a great deal the allies would like North Korea to do differently, but an initial division of issues into political or grand strategic, and strategic, levels of engagement is probably helpful.

Political issues of change in North Korea include the most fundamental points of division between North and South – the repressive internal political apparatus, the gulags, the Kim family cult, the monarchic governance style, the corrupt, cronyist economic regime, the massive human rights violations, and so on. Ideally, North Korea would move away from being the “DRPK” – a totalitarian, gangsterish monarchy, unique in world history for its Orwellianism – and become a less extreme “northern Korea”. Ideally such a move would entrain genuine liberalisation and even unification. But even a move from North Korea’s current totalitarianism to a more ‘benign’ authoritarian state would be progress.

Ideally, North Korea would move away from being the “DRPK” – a totalitarian, gangsterish monarchy, unique in world history for its Orwellianism.

More realistic is the pursuit of strategic change – changes in the basic force posture of the KPA, particularly regarding nuclear missiles. North Korea’s achievement of a nuclear deterrent capability against the continental United States sparked the current cycle of threats and détente. And the Americans have foregrounded movement on these issues since Trump entered office.

The US demand for complete, verifiable, irreversible disarmament or final, fully verifiable disarmament captures this particular focus on nuclear warheads and intercontinental ballistic missiles (ICBM). Any movement on warheads or missiles, and the requisite launchers, would be considerable progress – a “costly signal” – from the North that indicated its genuine desire to denuclearise. Even a basic stockpile inventory of what the North has – detailing how many warheads and ICBMs are there, or are the warheads fusion-capable? – would be helpful, as Trump administration initially sought to demand in 2018.

There are other areas of strategic concern too, however: the KPA is very large, probably the fourth or fifth largest military in the world by sheer numbers. A force reduction would be serious concession of strategic value to the allies. Similarly, an alteration of the KPA’s forward conventional force posture – some 70% of its combat power lies south of the Wonsan-Nampo line, with thousands of artillery pieces along the MDL pointed at Seoul – would be a concession.

And of course, rumour has long had it that North Korea has invested in chemical and biological weapons of mass destruction (WMD). Surrendering any those weapons, or even simply admitting to their existence and providing some basic details – which toxins or bacteria? how many gallons of material? – would also be genuine or costly signal indicating real North-South/North-US progress.

The following table summarises the core issues, the areas where movement could be most undisputedly defined as a “costly signal”. They are also provisionally ranked, in an effort to create some ordinality. For example, the North’s dictatorship is the heart of its Orwellianism, so it is placed at the top of grand strategic issues. Similarly, the North’s nuclear warheads are generally accepted to be more strategically important than its missiles.

This ranking is a first-cut and could be easily disputed: human rights, for example, is placed at the bottom of political list, because it is the only political issue the allies routinely bring up with North Korea with some hope of change. Most political issues are ignored in engagement as impossibly utopian. Strategic commentators might protest that biological or chemical WMD are more important than the long-range artillery pointed at Seoul.

Minor or tactical changes, such as de-mining or guard-post removal are not listed. They are not weighty enough to signal North Korea’s commitment to the revolution in relations promised by Moon and Trump’s 2018–19 rhetoric.

This listing ideally crystallizes our various intuitions about what the US and South Korea might seek at the negotiating table to achieve genuine change. Movement on these issues would strongly signal that the North was seeking a lasting accommodation. Formalising these concerns also lets us weed out tactical shifts and smokescreens. Trump particularly has taken to over-reading small North Korean steps, suggesting on Twitter after the Singapore summit that North Korea is no longer a nuclear threat, or that he and Kim “fell in love”, because of Kim’s “beautiful letters” to him.

And regrettably, this listing lets us see just how stable the status quo is. There has been little movement on these core issues. In fact, the North has continued, as best we can tell, missile and warhead production throughout the Trump presidency.

Trump’s America may use its size and dominance to advance its interests with little regard for an economic rules-based order.
Eduard Lazarus 28 Apr 2022 05:00