Moscow and Kyiv fundamentally disagree on the provisions of the only peace plan they have. 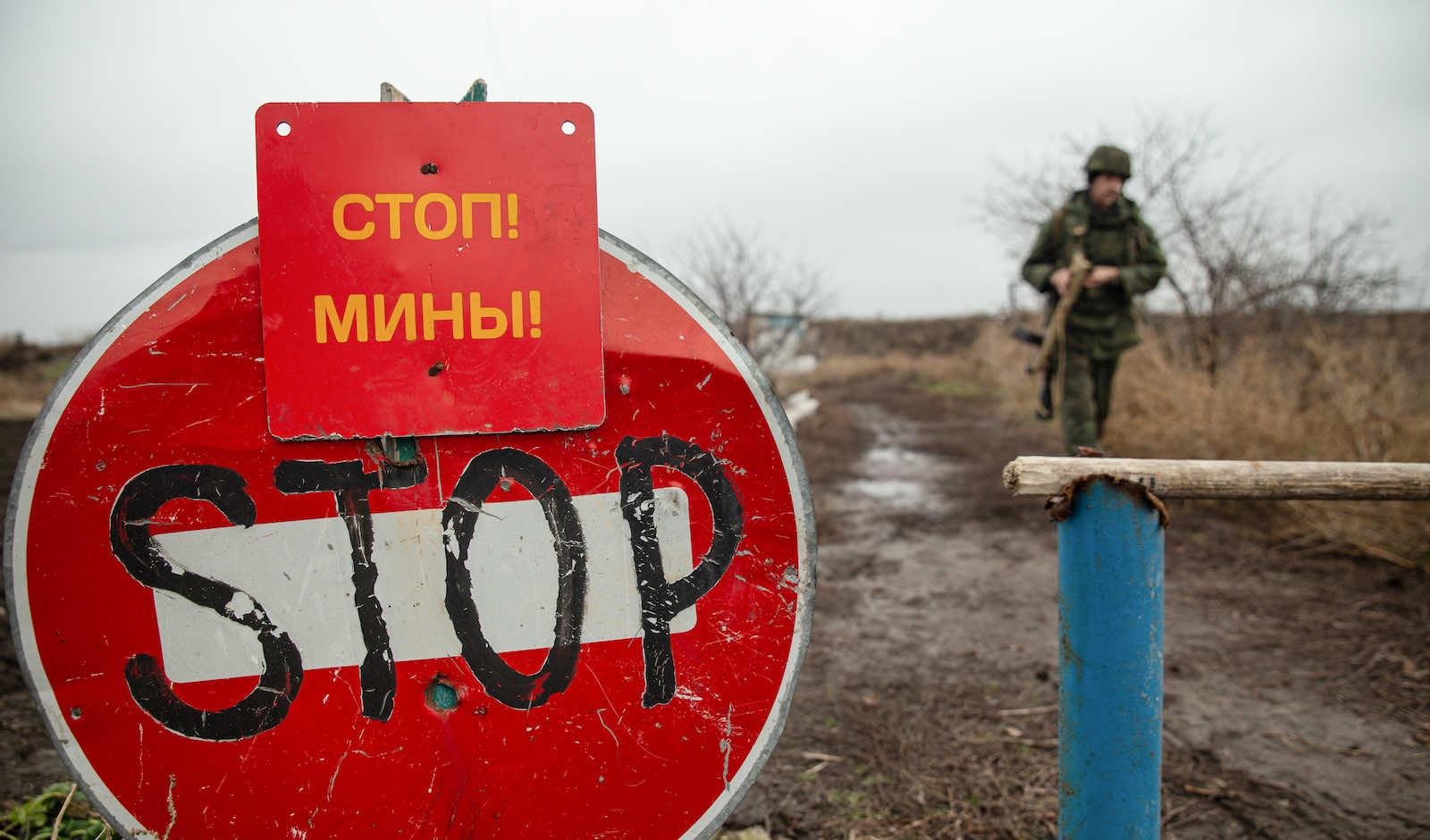 In this seemingly impassable diplomatic confrontation, Kremlin can still use intimidation to pressure Ukraine and the West for concessions under the Minsk agreements, a peace settlement brokered by Europeans to end the war in the Donbas, which is now in its eighth year and has kılled an estimated 14,400 people.

Moscow has been pushing for autonomy for the territories in the Donbas currently controlled by separatists it has backed militarily and politically. Kyiv agreed but has insisted on its own terms as ceding to Russia’s scenario may be disastrous for Ukraine in the long run even if it prevents a new invasion.

The 2015 Minsk agreements were inherently disadvantageous for Ukraine that at the time of signing was trying to stop the fighting in the east as its army was suffering heavy losses. Ukrainian authorities have pledged their commitment to the Minsk protocol, which they admitted was the only available framework to peace settlement albeit one that needed updating. Russia, of course, is against the idea of reviewing it.

By accepting Russia’s terms, Ukraine risks becoming liable to rebuild and support the economy of an autonomous region with vast political powers and legitimised pro-Russian leadership.

Over the years, two warring sides agreed on withdrawal of heavy weapons, prisoner exchanges, and short-lived ceasefires but no more. Although the violence reduced, the peace talks ceased too, and a 427-kilometer frontline still divides the once-prosperous industrial region. The “Normandy Format” talks have been deadlocked since leaders of Ukraine, Russia, Germany and France met in December 2019 (and across the three years before it). As a sign of revival, senior officials of four states met in Paris on 26 January.

In 2019, then newly-elected Ukrainian President Volodymyr Zelensky agreed to sign the so-called Steinmeier Formula, a peace plan named after the former German foreign minister who first proposed it as a path towards the implementation of the Minsk agreements. His administration faced a huge backlash at home accused of surrendering to the Kremlin.

The plan envisions granting a self-governing status to the territory Ukraine considers occupied by Russia after local elections are held and their results are recognised by Organisation for Security and Cooperation in Europe (OSCE). The stumbling block is the disagreement between Ukraine and Russia on what should come first: local elections or border control.

Ukraine insists that local elections can take place only after a complete ceasefire and withdrawal of all Russian troops and weapons. It demands to regain full control over its eastern border before the elections are held under Ukrainian law, with participation of Ukrainian political parties and in the presence of OSCE observers and Ukrainian media.

Russia says elections and autonomy first, then everything else.

By accepting Russia’s terms, Ukraine risks becoming liable to rebuild and support the economy of an autonomous region with vast political powers and legitimised pro-Russian leadership. Ukraine will have to grant full amnesty to people who participated in the secessionist movement in Donetsk and Luhansk. The details of the amnesty are still a matter of dispute but Ukraine said it won’t cover those who committed war crimes or were involved in the downing of Malaysian Airlines MH17 in 2014.

Moscow, in turn, insists it’s not a party to the conflict but only a mediator.

Hypothetically, this region can block Ukraine’s course towards NATO and the European Union, stir an internal conflict, or help Russia maintain influence over Ukraine’s domestic affairs in other ways.

So far, Kyiv has refused to talk directly to the leaders of the self-declared statelets of Donetsk and Luhansk, who recently became members of Russia’s ruling party, United Russia. Moscow, in turn, insists it’s not a party to the conflict but only a mediator.

Given how unpopular the idea of a special status for the Donbas is in Ukraine – more than 60 per cent are against it – any concession to Russia can lead to an upheaval, similar to EuroMaidan when Ukrainian rose against the decision of ex-President Viktor Yanukovych to suspend the signing of the association agreement with the European Union in favour of closer ties with Russia.

It is clear that no pro-European Ukrainian party would stand a chance in the elections on the territory that for the past eight years has been cut off from Ukrainian politics and media and has been under the influence of the Kremlin propaganda that portrays Ukraine as a failed state and nationalist government hostile towards Russian speakers.  It will also be necessary to conduct a new census before the elections and count the number of voters as 720,000 Donbas residents have obtained Russian passports since Russia simplified the path to citizenship in 2019.

Russia appears to be growing impatient with the stalemate in the Minsk process, and the latest war scare could be a leverage to reach a deal with the West. Ukraine understands the risk and had said it will not accept any concessions to Russia made behind its back to placate Putin. “We will not be in the position of the country that picks up the phone, hears the instruction of the big power and follows it,” Foreign Minister Dmytro Kuleba told CNN last week.