Southeast Asia has its own interest in maintaining the free flow of trade in the region. 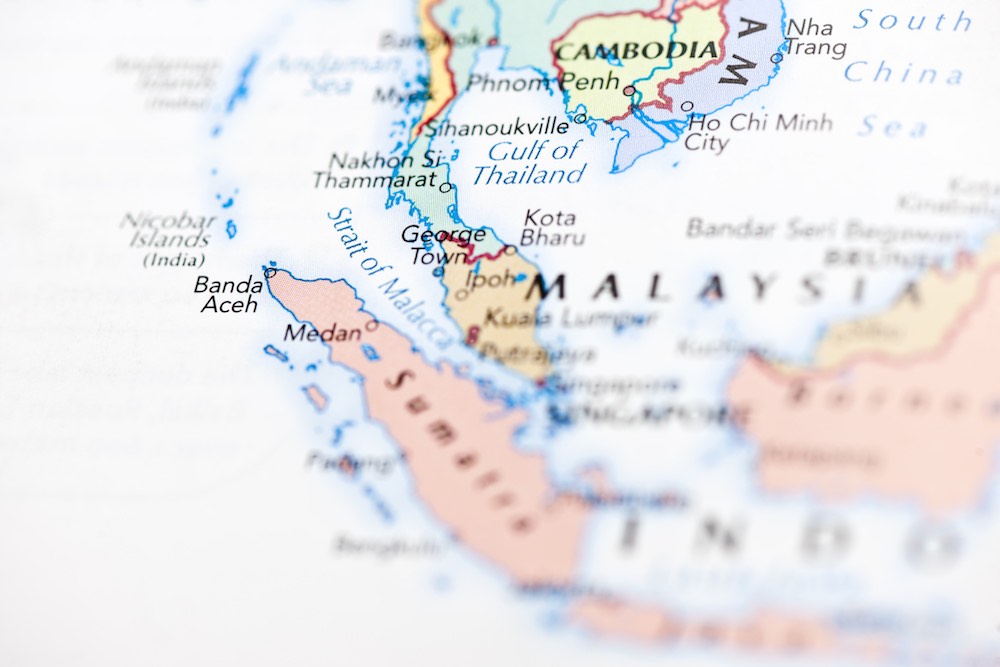 Southeast Asia is a region crucial to China, the geography creating what is known as the “Malacca Strait dilemma” – a strategic chokepoint located between the Malay Peninsula and the Indonesian island of Sumatra, it provides China with its shortest maritime access to Europe, Africa, and the Middle East. Some 80% of China’s total energy supply passes through the Malacca Strait.

Given China's limited control over the passage, any disruption – ranging from piracy to fears of a potential naval blockade by the US lead allies – will create an adverse impact on its long-term food and energy security. Beijing’s flagship development project, the Belt and Road Initiative (BRI), is largely an attempt to escape this dilemma, constructing alternative routes west of the Straits by highways, railways, ports, and oil and gas pipelines.

But Southeast Asia has its own interest in maintaining the free flow of trade in the region. Despite the individual interest of the caucus of Southeast Asian states, uniting them under some basic principles would be helpful.

Over the past couple of years, the US government has begun fleshing out a vision for the Indo-Pacific region, which was first publicly unveiled by President Donald Trump at the Asia-Pacific Economic Cooperation (APEC) summit in November 2017. This vision has rightly recognised the importance of Southeast Asia in what has been dubbed a Free and Open Indo-Pacific (FOIP) strategy. This strategy was broadly conceived as an effort to defend freedom and the rules-based order in a region where Australia, India, and Japan are expected to play a leading role, along with the United States.

Although it runs against the grain of the current US administration’s foreign policy, the US should not be the odd one out, but instead play a leading role by prioritising an effective free-trade agreement with ASEAN to enhance economic ties.

Southeast Asian nations, under ASEAN, should support this vision.

For one thing, a unified ASEAN is not likely to allow China to project its unchecked influence throughout the region. As a collective entity that consists of both small and medium-sized countries, a united ASEAN will also help balance the economic power not only of China but also India. Individually, ASEAN countries are too small to be important players in the economic and security game in Asia, but as an integrated group of over a half-billion people, they would be in the “major leagues”.

For the US and its allies, the rise of ASEAN as a significant economic power will help to bring greater symmetry and balance to managing this critical period of transition in the Indo-Pacific region. The countries share much in common, demonstrated by the recent release of the ASEAN Outlook on the Indo-Pacific, which was accompanied by a statement noting the convergent interest of “inclusivity, openness, a region based on the rule of law, good governance, and respect for international law”.

The US and its allies can also help strengthen ASEAN.

This starts by displaying a genuine interest in Southeast Asia for its own sake. More government-to-government meetings are needed between the US, Japan, and Australia and the ASEAN members, along with regular summits consisting of senior civil and military leaders to confirm the importance of their partnership and to coordinate positions in other international organisations. Moreover, if it appears that the FOIP simply aim to counter China rather than to support the region’s development, they will be unconvincing as strategic partners.

This is particularly true of infrastructure development, whether in roads, ports, or telecommunications. These are essential regional needs, and all Southeast Asian governments seek international assistance where it is available. China is capitalising these needs and offering finance through the BRI. Although BRI financing has many alarming elements, without offering a viable alternative to these financial needs, simply discouraging Southeast Asian countries from taking BRI finance seems unconvincing.

The newly initiated US-Japan-Australia lead trilateral infrastructure mechanism is an appropriate approach. It allows the private sector to invest in infrastructure projects for countries in the Indo-Pacific region. The first joint mission of this initiative took place in Papua New Guinea, where this trilateral venture will be finding a new liquefied natural gas (LNG) project value of $1 billion. Investing through this mechanism in Southeast Asian could convince ASEAN countries that US lead allies are a true development partner.

More can also be done to support trade. ASEAN already has five free-trade agreements covering six countries – China, Japan, South Korea, India, Australia and New Zealand. Although it runs against the grain of the current US administration’s foreign policy, the US should not be the odd one out, but instead play a leading role by prioritising an effective free-trade agreement with ASEAN to enhance economic ties.

The same need holds true for strengthening “soft power”. Achieving the objectives of FOIP will require the full engagement of civil society, meaning much more can and should be done across all dimensions of society, from culture and sports to science, to build trust. The US and its allies should establish a meaningful partnership fund to provide support for a wide range of projects, programs, and activities.

Well-coordinated policies among the US and its allies can overcome the challenge to integrate ASEAN into this FOIP strategy. As leading regional power in Asia, US still is the key, and with coordinated efforts among other regional players such as Japan, Australia, ASEAN will join in the work together to maintain a rule-based system to defend freedom and promote development. Then, there is no dilemma to escape.