Worth a thousand words: what Kim Jong‑un’s daughter photo tells

The leader’s strategy is long-term, both for the continued rule of North Korea and its nuclear ambition. 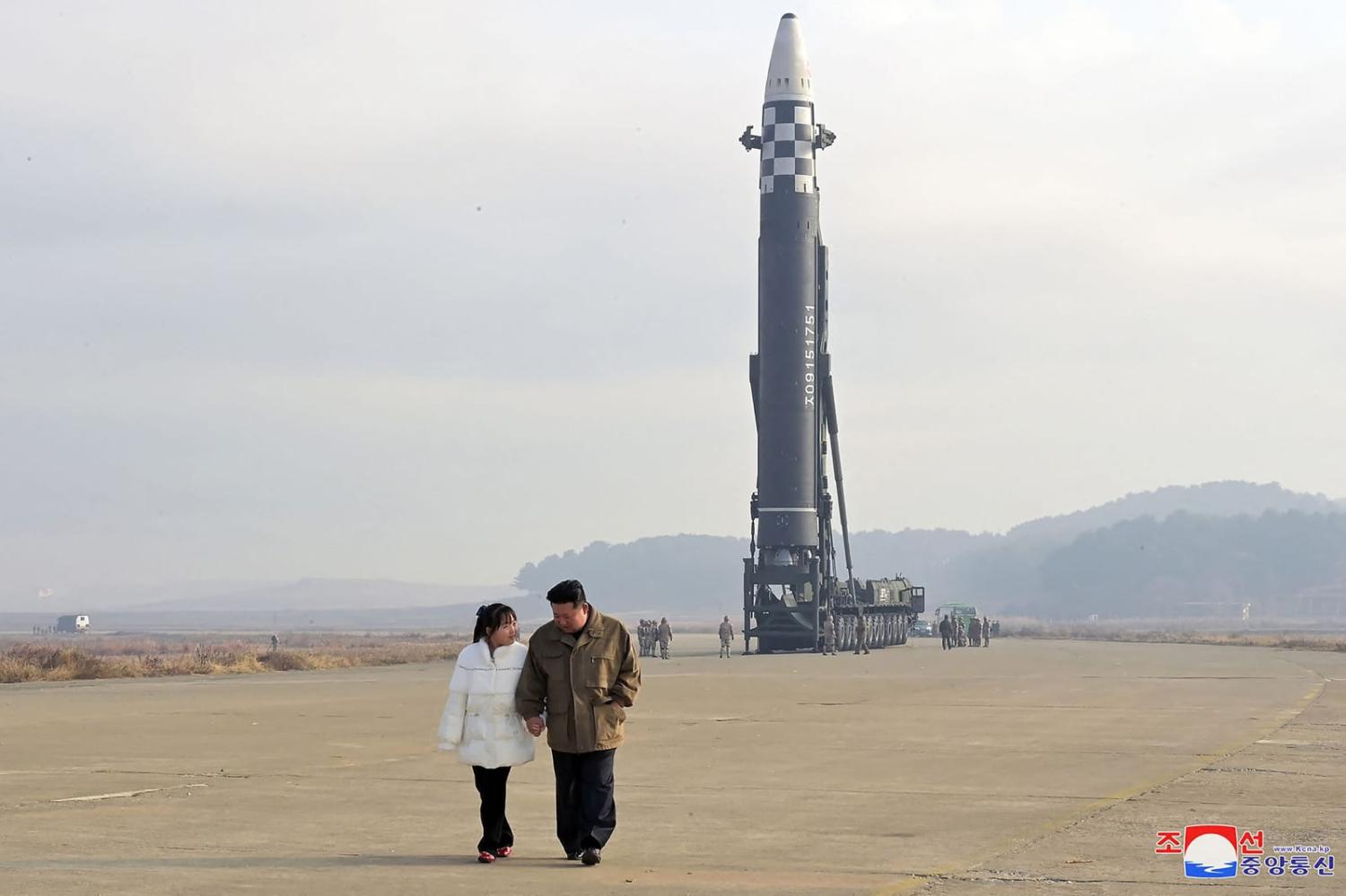 North Korea’s leader has publicly revealed the existence of one of his children for the first time. But the big announcement didn’t come in the form of a statement or a traditional family portrait. Instead, photos of Kim Jong-un and his daughter in front of a giant inter-continental ballistic missile made the headlines.

In North Korea, the leadership succession is as important as the survival of the country itself. It ultimately falls on the country’s leader to protect the nation against foreign attack, invasion, or regime change. This is why the “Paektu bloodline” is so important – a reference to the Kim dynasty that has ruled North Korea ever since the country’s founding in 1948. A strong personality cult around the Kim family was created to solidify and justify the legitimacy of Great Leader Kim Il-sung – and his successors – as the only leaders fit to rule the nation.

If the girl makes more public appearances, then it may indeed suggest that she could be her father’s current preferred pick for successor.

Although there is no way to know for sure who will follow Kim Jong-un, the fact that the North Korean leader chose to reveal his daughter’s identity at such a young age is noteworthy. In the past, successors have not been shown until they were much older. For instance, despite being named as successor to his father Kim Il-sung in 1974, Kim Jong-il didn’t make a public appearance until six years later in 1980. Similarly, Kim Jong-il first made the announcement of his successor in 2008, but only revealed Kim Jong-un to the public in 2010.

While Kim Jong-un’s daughter – believed to be named Ju Ae – appears too young to rule any time soon and may face significant opposition given her gender, it cannot be ruled out that Kim Jong-un may indeed have her in mind to succeed him. The fact that he is introducing her as a child, and at such a significant event as an ICBM launch, may mean that he is trying to prepare the country’s elite and public for a potential future female leader. His sister Kim Yo-jong’s high public profile in recent years may also help towards this end. And as a direct descendent of the Paektu bloodline, the girl has a legitimate right to power according to the personality cult of the regime should her father choose to hand the reins over to her.

It wouldn’t be the first time Kim Jong-un has broken with tradition. For example, while his father kept his personal life and family members largely out of the public eye, Kim Jong-un has regularly appeared with his wife Ri Sol-ju, even taking her to important political events including summits.

Nevertheless, there are other options for a potential successor. According to media reports, South Korea’s National Intelligence Service believes Kim Jong-un has at least three children – one son, born about 2010, a daughter born in 2013, and another daughter born in 2017. The girl who appeared in the photos is said to be his second-born and is estimated to be about ten years old.

But why did the North Korean leader choose to reveal his daughter to the public for the first time at an ICBM launch? By doing this, it is clear that Kim Jong-un wanted the public, both domestically and abroad, to pay attention. If the girl had been introduced with photos showing her at a concert with her father or at a local farm or school, then it would have looked more like a family outing trying to make Kim look softer and more relatable. But the choice instead to share a photo of him and his daughter in a military setting seems a hint that this is about more than Kim Jong-un’s own image.

According to North Korean state media, the ICBM test where the daughter was present was “historic”, one of a “major strategic weapon”, which marked a “crucial milestone” in the country’s nuclear weapons development. Even more noteworthy was an article posted by the country’s Rodong Sinmun newspaper on Sunday, which clearly connected the pursuit of nuclear weapons to the nation’s future generations. The article stated that the weapons would be “monuments to be passed down to our descendants for generations to come”. Similarly, Kim Jong-un stated in September that nuclear weapons “guarantee the security of … the coming generations” and that their pursuit is worthwhile despite the current costs.

Bringing his daughter to this kind of launch underscores how the regime sees its nuclear weapons program as a fixture and that the North Korean leadership is willing and prepared to continue on this path.

If Ju Ae makes more public appearances, then it may indeed suggest that she could be her father’s current preferred pick for successor. Even if she does not directly succeed him, as a member of the family, there is still a high chance that she will obtain an important and high-level post in North Korea.

The combined power of beauty, politics and celebrity is extraordinary, if utterly depressing to witness firsthand. Will that exposure translate to more support for the W20 agenda?
Thư Nguyễn Hoàng Anh 27 Jul 2022 06:00

After being issued a yellow card, Hanoi must look to its neighbours and international laws for the way forward.