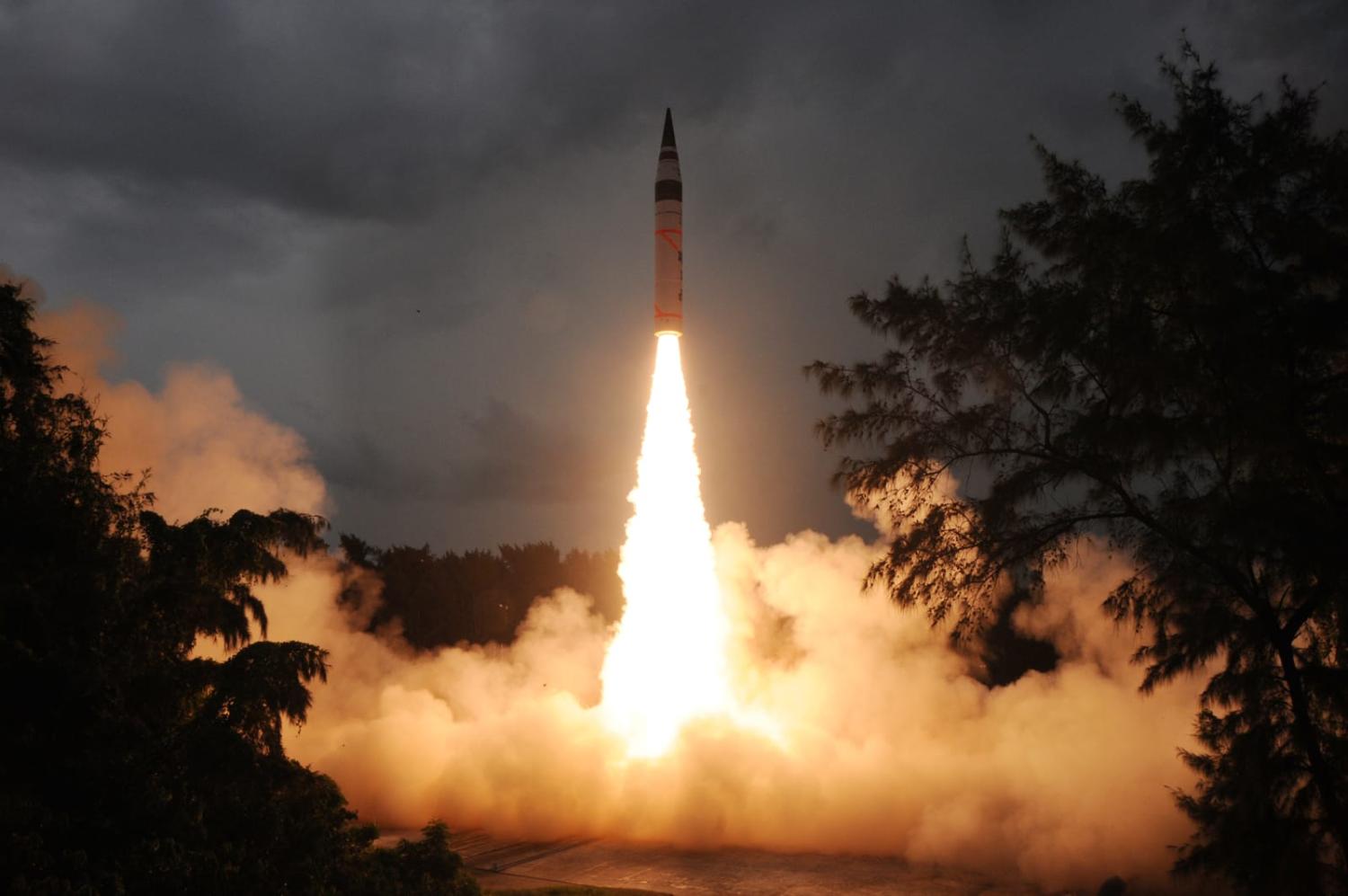 Propelled by the Himalayan face-off with China, India’s military machine has been rapidly incorporating a range of new equipment to defend its borders. The bigger drive is to undertake a technological leap and build a truly powerful military by acquiring capabilities stemming from the newest technologies such as cyber, artificial intelligence (AI), drones, hypersonic vehicles and directed energy weapons.

But, in the pursuit of higher levels of security, India’s armed forces have yet to take full cognisance of the nuclear risks associated with the acquisition of what are viewed as conventional applications of high technology. This is evident from the limited attention given to the linkage between the conventional and nuclear domains.

While the problem of “cross-domain” effects of weapons systems has drawn considerable attention globally, Indian policymakers and military officials do not appear to have given sufficient thought to it. Senior officials are not unaware of the complexities of the issue: Lt Gen (retd) Rakesh Sharma has written on the subject and then army chief General Manoj Naravane acknowledged it in 2020. But much remains to be considered about the problems arising from the incorporation of these technologies.

The advent of the new technologies has accelerated the pace at which decisions may have to be taken in times of crisis.

Cyber challenges are instructive. A nationwide “Digital India” program, which included a Spectrum Optical Fibre Project, was unrolled in 2015. The army’s investment in cyber technology incorporates intelligence and offensive operations. More broadly, India is attempting to make up for a shortage of skilled cyber personnel and develop the potential to utilise its substantial information technology sector for cyber security defence and counter-attack in such areas as honeypots and “ethical hacking”. In August 2021, the government established the Defence Cyber Agency and revealed that the army, navy and air force had set up Cyber Emergency Response Teams. In December 2021, the army announced the establishment of a Quantum Lab at the Military College of Telecommunication Engineering (MCTE) in Mhow, for developing advanced secure communication.

But the advent of the new technologies has accelerated the pace at which decisions may have to be taken in times of crisis. The possibility of “wormhole” or rapid and catastrophic escalation has long been present owing to the speed and destructiveness of nuclear weapons. Cyber attacks can magnify the risk because of the difficulty of anticipating or attributing them.

Cyber assaults on the adversary’s (or for that matter, one’s own) conventional targets can disrupt or destroy dual-use command and control systems and hence quickly undermine deterrence stability. At the very least, such attacks may be perceived as targeting nuclear systems.

Cyber technology raises doctrinal doubts on the purported firewall between the civilian and military infrastructures, including the nuclear infrastructure. For example, how might India respond to a devastating cyber attack on its power grid? Since December 2021, say Indian authorities, China has launched at least three cyber attacks on the Indian electrical grid. These were unsuccessful, but that may not always be the case. The time may be appropriate to reconsider India’s “No First Use” position in the light of severe cyber threats, as was done for biological and chemical attacks in 2003.

India’s military is also building AI capabilities – and this too carries its share of problems. With private sector and academic participation, an Artificial Intelligence Centre has been set up. And in July 2022, a government press release listed the areas under development, which include autonomous/unmanned/robotics systems, block chain-based automation, command, control and communication, along with surveillance and reconnaissance as well as lethal autonomous weapon systems. To promote the incorporation of defence-related AI, the government has created the Defence AI Council (DAIC) and the Defence AI Project Agency (DAIPA), and in August 2022 announced the finalisation of an “AI roadmap”. AI is being employed for, among other things, testing unmanned aircraft and unmanned all-terrain vehicles.

The technology, still in an early stage of development, is subject to a degree of unreliability, which can result in false warnings or erroneous responses to perceived threats. For another, as decision-making time is compressed by a plethora of potential cyber- and AI-driven attacks, increasing reliance on AI systems and their algorithms to respond may generate a shortened chain of responses that rapidly link civilian, conventional and nuclear systems and produce a catalytic reaction. In addition, AI can also be employed by third parties to introduce disruptive effects that impact negatively on India’s relationship with an adversary.

More attention is needed to consider how such conventional capabilities can impact the nuclear dimension. Clearly, Indian policymakers need to remedy the neglect of nuclear risk attached to cyber, AI and other technologies thoroughly. The last thing they will want is to be on a nuclear historian’s “oops list”.

As India looks to act East in response to China’s rise, investment in the Andaman and Nicobar Islands might make more sense than expensive floating status symbols.
John Gooding 27 Mar 2017 14:50

Social media networks have long abrogated their responsibilities on content control, and governments have started to notice.