Would a war over Taiwan be legal?

International law defines statehood and provides the rules of war, but ambiguities abound in the case of Taiwan. 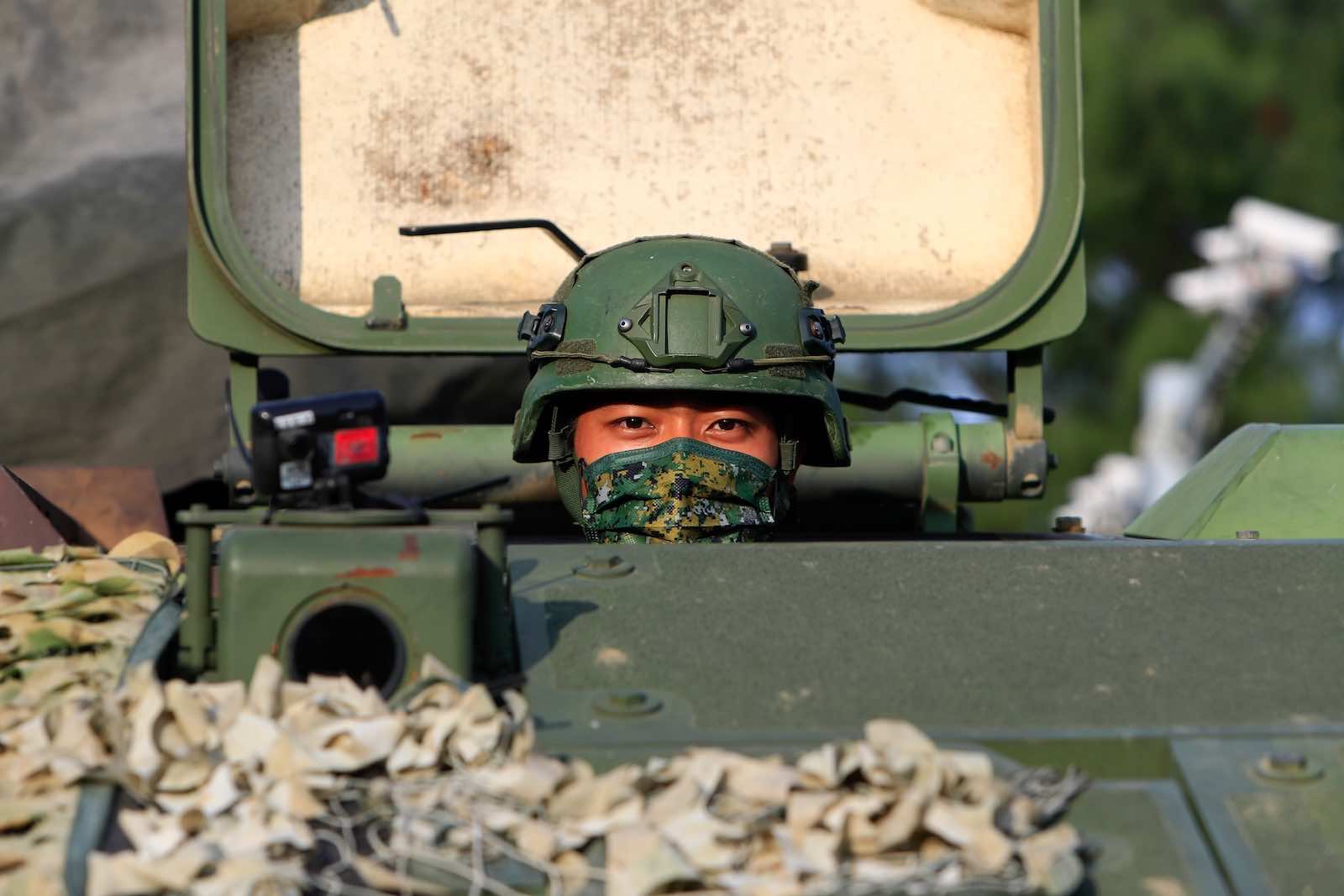 Australia’s former Prime Minister Tony Abbott has called for “solidarity” with Taiwan in the face of China’s “intimidatory sorties” testing its air defences. As the war drum incessantly beats, would a war against China to defend Taiwan be legal? For all the abstract talk about a rules-based international order, there has been little discussion about what international law actually says.

Legal difficulties arise because of ambiguities about Taiwan’s legal status. Yet, if countries such as Australia are contemplating a war with a nuclear-armed China, the public deserves to know whether a war would be legal – not merely the product of political sympathy with Taiwan’s democracy or Western strategic preferences in containing China. The crisis of legitimacy over the illegal Iraq war in 2003 is a salutary lesson in ensuring that the legal case for war stacks up.

China claims Taiwan is part of China, as a renegade province taken by the retreating nationalist forces defeated in the civil war in 1949. Despite the communists controlling the mainland since, Taiwan was internationally recognised as representing all of China until 1971. Then, communist China was granted China’s seat at the United Nations. Taiwan has never been admitted to the United Nations as a separate state, unlike, for example, Palestine, which is recognised as a non-member observer state.

International law has historically favoured the internal stability of states rather than identity-based “balkanisation”.

In recent decades, Taiwan has been equivocal about its status and the meaning of its 1992 “One China” agreement with China. Since the 1990s, it has seemingly relinquished its claim to mainland China, although its Constitution still declares the opposite. Taiwan’s President Tsai Ing-wen recently suggested that Taiwan is already an independent country, even without a formal declaration of independence, and polls suggest most Taiwanese agree and favour the ambiguous status quo.

Since 1972, Australia has recognised China as “the sole legal government” of China, and ambiguously “acknowledged” China’s claim that Taiwan is its territory, without necessarily agreeing. The United States followed suit in 1979. Australia’s current position is that it “does not recognise” Taiwan “as a sovereign state and does not regard the authorities in Taiwan as having the status of a national government”.

Under international law, an entity is potentially a state if it has a permanent population, a defined territory, a government, and a capacity to enter into relations with other states. Taiwan meets most of these criteria, although has a limited capacity to deal with other states precisely because most states do not regard it as a state or have diplomatic relations with it. The fact that Taiwan has not categorically declared statehood or rejected a negotiated “One China” solution, and that almost the whole international community does not view it as a state, are further fatal to its statehood.

This is where the rules on war come in. The conventional legal answer favours China. Only a state has the right to use military force in self-defence against an armed attack by another state – and to ask other states to help it to defend itself. If Taiwan is not a state, it has no right to defend from China or to ask its allies to help it. Other countries cannot have cake and eat it too: deny Taiwan is a state, but defend it as if it were. In a world with a plurality of different political systems, states are not permitted to use force simply to protect democracy or “freedom” abroad. The US backed Taiwan even when it was a military dictatorship until the 1990s; its defence has never really been about freedom.

Further, every state has a sovereign right to maintain authority over its own territory and people, including by forcibly suppressing separatism. If Taiwan is Chinese territory, China has a right to take it back and restore Chinese sovereignty – just as the US did in its own civil war. Western interference in China’s internal affairs to assist Taiwan would be an illegal use of force against China and criminal aggression. Current US arms sales to Taiwan would also be illegal force and prohibited intervention against China – just like Russia funnelling weapons to separatists in Ukraine.

International law may, however, offer three unconventional but plausible theories which would favour Taiwan. One is that Taiwan is a stabilised “de facto” state which enjoys a comparable right to self-defence as an actual state, including collective self-defence by its allies. A second is that states must peacefully settle dangerous international disputes, and that this rule applies to disputes with a de facto state.

Other countries cannot have cake and eat it too: deny Taiwan is a state, but defend it as if it were.

The third argument is that Taiwan has a “people” with a distinct identity entitled to self-determination, meaning the right to determine their political destiny free from Chinese coercion. While most Taiwanese are Han Chinese like most mainlanders, their 70 years of political autonomy have shaped a different society.

One problem is that it is still controversial to apply self-determination outside colonial territories, to extend it to sub-national groups within an independent state such as China. International law has historically favoured the internal stability of states rather than identity-based “balkanisation”.

Of course, in some societies it is simply not possible for certain groups to happily co-exist within a multicultural state. But even if the Taiwanese have a right of self-determination, it would not necessarily entitle Taiwan to become an independent state, as opposed to an autonomous region within China (like, for instance, the Quebecoise in Canada).

Taiwan may only have a right to remedially declare independence if China forcibly denied Taiwan meaningful internal autonomy. This is one possible legal justification for Kosovo’s declaration of independence in the face of Yugoslav atrocities in 1999, although the International Court of Justice did not address the issue.

All of these pro-Taiwan arguments are uncertain and controversial. They are based on contested assessments of state practice, sometimes wishful thinking, and limited case law or UN resolutions. A betting person might be tempted to back the more conventional legal answers favouring China. The shifting balance of power can also affect the legal views of states and who they side with.

When the stakes are so high, it is incumbent on countries such as Australia to declare their legal hand, to explain if and why they think defending Taiwan would be legal, and to test international support for their arguments.

Of course, all of this may be academic precisely because the United States is unlikely to go to war over Taiwan. Ukraine is a state and no-one defended it from Russia’s invasion. Palestine is probably a state and no “coalition of the willing” is expelling Israel. A “rules-based international order” is really anarchic if no-one is willing to enforce the rules.