Without a ceasefire, a humanitarian catastrophe fuelled by Western arms shipments is about to get much worse. 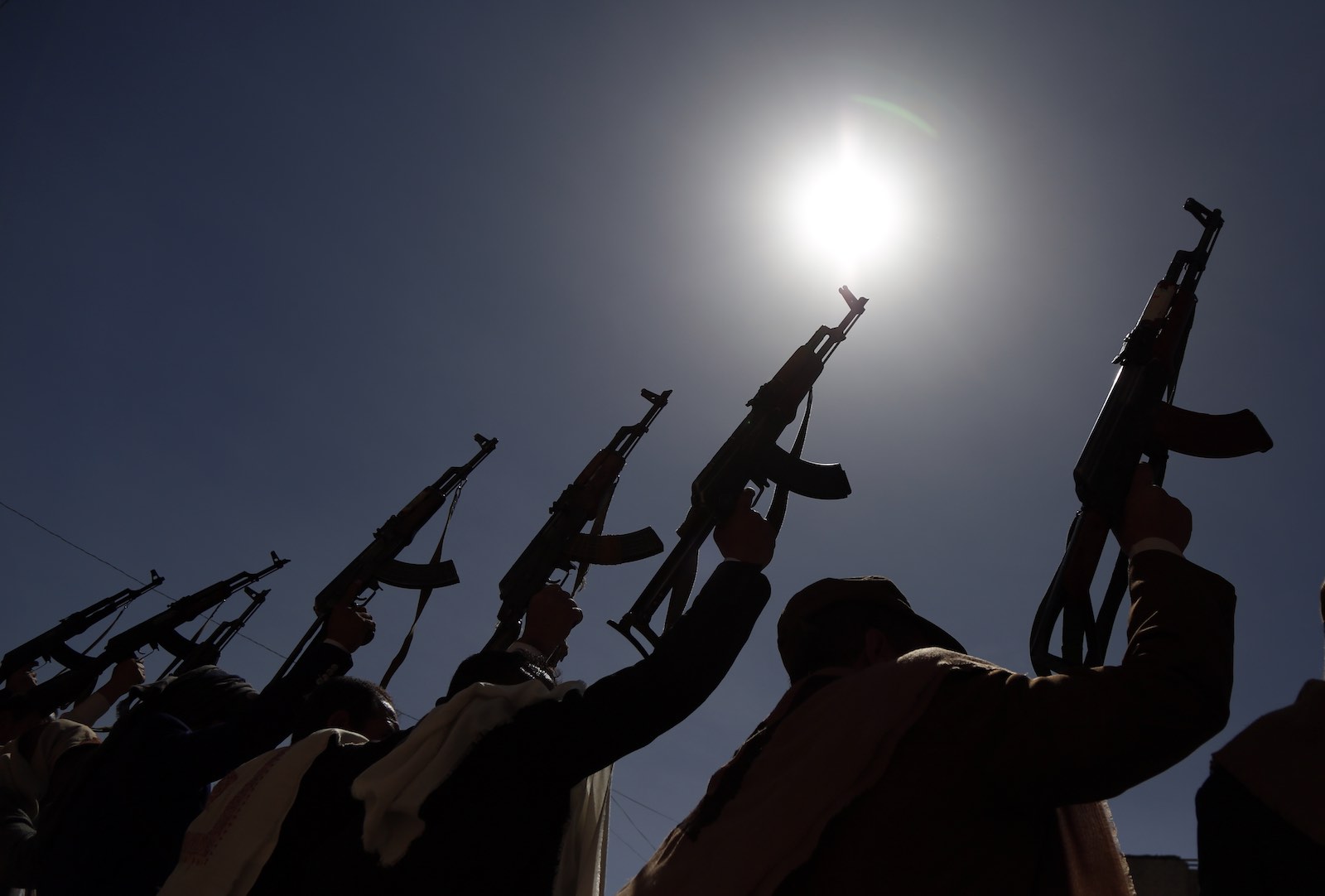 In April, the UN Security Council issued a statement endorsing the UN Secretary-General’s call for a ceasefire in Yemen to better enable a response to Covid-19. The Council recognised that the humanitarian crisis in Yemen made the country “exceptionally vulnerable”, and that any further military escalation would “hinder the access of humanitarian and healthcare workers and the availability of healthcare facilities”.

The Council is right to be concerned. Thus far, Yemen has confirmed just 469 Covid-19 infections. But testing rates are among the lowest in the world, and the fatality rate – at 24% – is one of the highest, suggesting that the real caseload is much higher. The UN Secretary General said last week that there was “every reason to believe that community transmission is already underway across the country”.

Even without Covid-19, after more than five years of war, Yemen is the world’s worst humanitarian crisis. The conflict has devastated the economy, destroyed civilian infrastructure and brought the provision of basic services to the brink of collapse. The health system has been particularly hard hit. Hospitals have been bombed, only half the country’s health facilities are fully functioning, power cuts are common, and items such as personal protective equipment and ventilators are in short supply.

As concerns about the spread of Covid-19 in Yemen have escalated, arms sales have continued.

The conflict in Yemen has been fuelled by arms supplied by foreign states to the Saudi Arabian–led international coalition (or SLC), which since 2015 has been engaged in a military campaign to oust the Houthi rebels. Saudi Arabia is the world’s largest arms importer. Most of its arms come from the US, followed by the UK, France, Spain, Italy, Germany and Canada. Other SLC members Egypt and the UAE are also among the world’s leading arms importers, receiving most of their weapons from the US and France.

Since 2015, arms exports to the SLC have continued despite overwhelming evidence that the SLC has been violating human rights and international humanitarian law in Yemen. Most of the civilians killed in the conflict have been killed in SLC airstrikes, many of which have targeted civilians and civilian infrastructure – schools, houses, markets, farms, factories. Some of these attacks were carried out with weapons supplied by Western states. A report released by human rights organisations last year documented 27 “apparently unlawful Saudi/UAE-led Coalition attacks” on civilian homes, educational and health facilities, businesses and gatherings that appeared to have used weapons made in the US or UK.

The supply of arms to the SLC has prompted efforts to block arms sales through legislative and judicial processes. Last year the UK Court of Appeal ruled that the UK Government had acted illegally by exporting arms to Saudi Arabia without assessing whether the SLC had been violating international humanitarian law. In the US, Congress has repeatedly tried to block arms sales to Saudi Arabia, but every time has been overruled by presidential veto. The European Parliament has called for an EU-wide arms embargo on Saudi Arabia.

As concerns about the spread of Covid-19 in Yemen have escalated, arms sales have continued. In April, Canada lifted a moratorium on arms exports to Saudi Arabia, and in May, the US approved a possible sale of thousands of armoured vehicles to the UAE. Germany has approved US$341 million in arms sales to Egypt and $8.5 million to the UAE this year alone.

In other words, members of the Security Council have called for a ceasefire while simultaneously providing arms to enable the fighting in Yemen to continue.

This is not the only irony in the Security Council’s response to the conflict. The other is that in 2014 the Council established a sanctions regime for those found to be violating international human rights and humanitarian law. It established a Panel of Experts to review the evidence and help it decide whom to impose sanctions on. Every year since 2016, the Panel of Experts has reported to the Council that all parties to the conflict in Yemen have violated human rights and international humanitarian law, and it has recommended that sanctions be imposed against individuals from all parties. The Security Council has responded by imposing sanctions and an arms embargo against Houthi-aligned individuals, while studiously ignoring the evidence regarding the SLC’s airstrikes and violations of human rights and international humanitarian law – that is to say: the evidence from its own Panel of Experts, which it established for the specific purpose of assisting it to designate individuals and entities to be subject to sanctions.

To be clear: states such as the US, the UK, France, Canada, Germany and others who have supplied arms to the SLC have contributed to the destruction of Yemen’s infrastructure. In doing so, they have aided in the collapse of Yemen’s healthcare system, and thus increased the country’s vulnerability to Covid-19. These countries should now hold themselves responsible for enabling a response to the outbreak. This means immediately ceasing arms sales to members of the SLC, funding the humanitarian response to enable aid agencies to respond to Covid-19, and supporting a Security Council resolution that extends the existing sanctions regime to include individuals engaged in violations of human rights and international humanitarian law, from all sides of the conflict.

What is Trump’s game in Yemen?