Traditional parties are up against an unstoppable force of young activists set to shape democracy in the region. 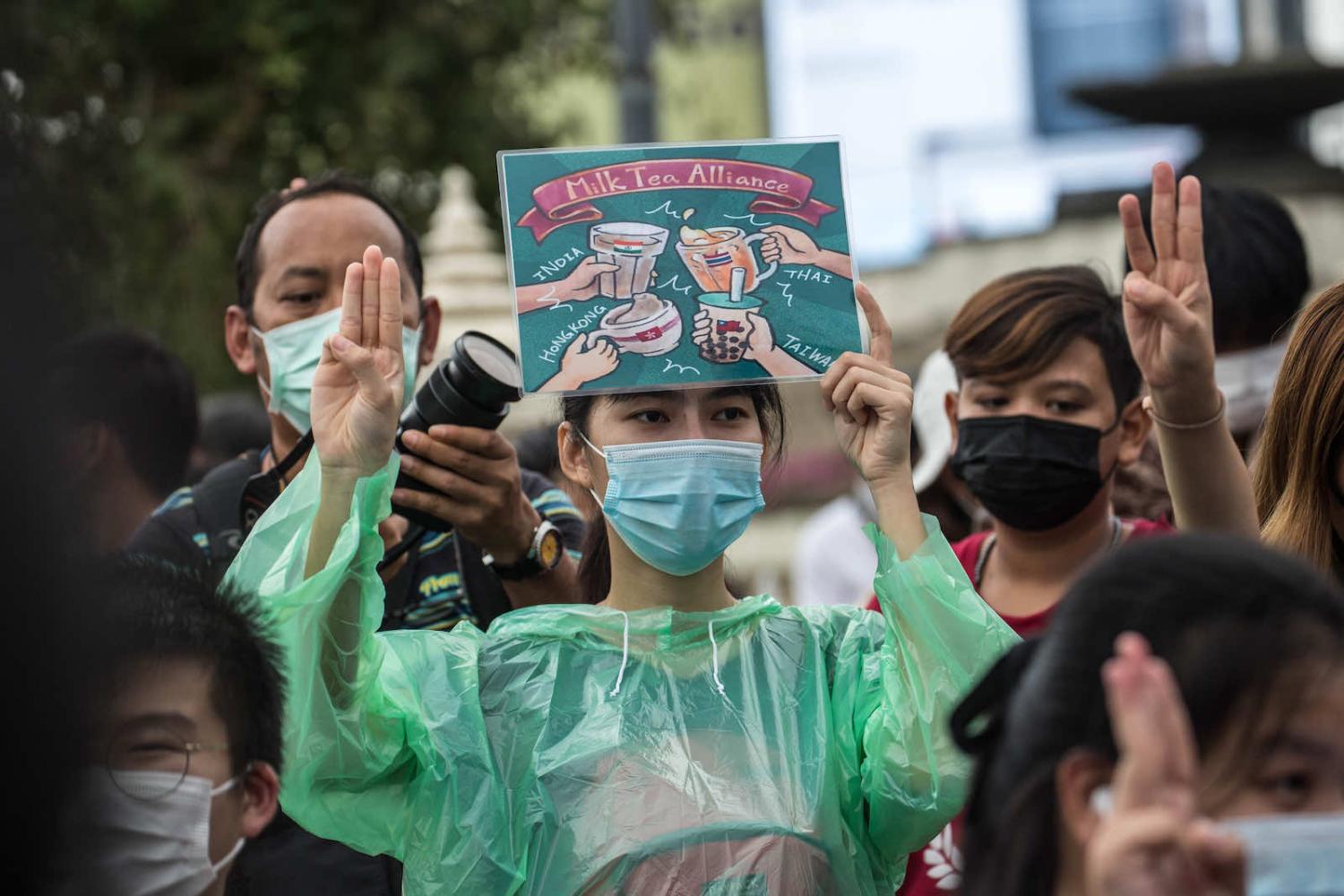 From the “Milk Tea Alliance”, an online pan-Asian solidarity movement of anti-authoritarian activists, to young politicians pushing progressive causes, youth politics in East and Southeast Asia has been on the upswing in recent years. While they operate in very different national contexts, what young activists and politicians across the region share is support for democracy, anti-establishment sentiment, and broadly progressive politics. If they can overcome the challenges they face, including pushback from established political parties, they could become a vital force in the region in the coming decades.

There is a long history of student and youth activism in Asia, from the June Democratic Struggle in South Korea in 1987 to the 1989 Tiananmen Square protests to the Reformasi in Indonesia in 1998. Those involved in today’s movements take inspiration from past ones, while also networking and collaborating with their peers across the continent. Student leaders from South Korea’s June Democratic Struggle have shared knowledge of their efforts with Hongkongers, who sang the Korean protest song March for the Beloved in the streets during 2019 demonstrations. Hongkongers’ experiences dealing with tear gas have been translated into Burmese and Indonesian and used by protesters in both countries.

Beyond anti-authoritarian social movements, youth politics has also been advanced by elected officials in countries including Taiwan, Malaysia and the Philippines.

Youths have been at the forefront of Myanmar’s ongoing Civil Disobedience Movement. In their fight against the 2021 coup, they have advocated causes such as feminism and LGBTQ rights, and shown a willingness to address the shortcomings of the pre-coup National League for Democracy government, including its failure to prevent persecution of the Rohingya people. Many young anti-coup protesters have lost faith in the ability of multilateral institutions and governments to put pressure on the military government, instead taking inspiration from their counterparts in Thailand and Hong Kong.

Beyond anti-authoritarian social movements, youth politics has also been advanced by elected officials in countries including Taiwan, Malaysia and the Philippines. Taiwan’s 2014 Sunflower Student Movement created a progressive wave, with politicians who have voiced support for causes including same-sex marriage, transitional justice, indigenous people’s rights and the abolition of the death penalty being elected.

Syed Saddiq, who in 2016 became Malaysia’s youngest cabinet minister, founded the Malaysian United Democratic Alliance (MUDA) in 2020. He envisions MUDA as “a team of great young potentials ready to change Malaysia’s political landscape” – one that should not shy away from tackling sensitive topics including gender, LGBTQ issues and the role of religion in government. MUDA emphasises multi-racialism in a country where established political parties such as BERSATU and UMNO have been accused of “pandering” to the Malay Muslim majority. After its founding, MUDA registered 30,000 new members in two and a half weeks.

In the Philippines, Sarah Elago became the country’s youngest ever female lawmaker in 2016, and has championed causes such as gender equality and free education

These gains for youth politics across the region are impressive but have, perhaps inevitably, been met with pushback, ranging from outright repression to efforts to discredit rising politicians and their movements.

The 2020 National Security Law dealt a devastating blow to Hong Kong’s pro-democracy movement. Young activists including Joshua Wong and Agnes Chow have been arrested. Numerous civil society organisations, including the 50-year-old Student Union of the Chinese University of Hong Kong, have been forced to close. Thailand’s protesters have met a similar fate, and opponents of Myanmar’s junta continue to face brutal repression.

In Taiwan, it is perhaps no accident that the conservative Kuomintang has targeted young and progressive politicians including Freddy Lim, Chen Po-wei and Huang Jie in what are perceived to be “revenge recall” campaigns after its own Han Kuo-yu was recalled as Mayor of Kaohsiung in 2020.

In Malaysia, Saddiq was charged in 2021 for allegedly misappropriating funds belonging to BERSATU, the party of then-Prime Minister Muhyiddin Yassin – charges Saddiq said were politically motivated. The Philippines’ Elago has been “red-tagged” by President Rodrigo Duterte’s administration and been the target of disinformation campaigns. Such developments suggest that established conservative political parties see progressive youth politics as particularly threatening and will seek to curtail it at every opportunity.

Youth-centric parties and movements face other challenges, including overcoming internal divisions and maintaining distinct identities. Taiwan’s New Power Party lost key members, including Freddy Lim, in 2019, following internal disagreements over its direction, and has recently struggled to distinguish itself from the ruling Democratic Progressive Party in political stance and policy positions. MUDA faces similar challenges, including unifying its technocrat-professional and activist wings and competing with more established parties that have successfully recruited young leaders. Some of Hong Kong’s pro-democracy activists are also in a period of critical self-reflection, pondering how to redefine their movement’s identity and strategy.

Activists from Hong Kong, Thailand, Taiwan and Myanmar have engaged in dialogues through mechanisms such as the Asia Democracy Network. As they face similar obstacles, elected politicians and political parties may similarly benefit from establishing more substantial connections or alliances. Doing so may allow them to bolster their international profiles and become more resilient amid unrelenting attacks from opponents. Ultimately, it could serve to make youth politics a lasting force across the region, precipitating new political and social currents.

Previous Article
Ukraine: This isn’t the information war you were looking for
Next Article
“Lawfare” in the South China Sea disputes

Southeast Asia has its own interest in maintaining the free flow of trade in the region.
Jim Molan 10 Mar 2017 12:04

The British called us 'the new French' and the US saw us just another ally that needed to be carried.
John Edwards 11 Nov 2019 14:00

Both countries have good reasons to cool off the two-year trade war.