Abe will be counting on uncertainty from North Korea to make Bill English-style conservative familiarity more attractive to the Japanese electorate.

With his dynastic heritage, five years of assertive nationalism as Prime Minister, and eponymous brand of economics, Shinzo Abe warrants a seat at the top table of global conservative politics.

But in his rush to an early election this week the Japanese leader will be counting on a boost from the autarkic regime in North Korea and is hoping to cling to power in a way reminiscent of that comparatively modest conservative leader, New Zealand's Bill English.

As a well-travelled centre-right politician with a sense of history, Abe will be well aware of how his peers have shrunk during his unusually long time in control of Japan – think Nicholas Sarkozy's failed renaissance in France, Tony Abbott's self-immolation in Australia, David Cameron's miscalculations in Britain and even Angela Merkel's coalition dilemma in Germany.

All these conservative leaders have suffered from insurgencies of various sorts from the right and now Abe unexpectedly faces his own peculiarly Japanese version from a so-called 'lipstick ninja'.

Abe has good reason to think he could decisively beat Japan's moribund centre-left Democratic Party, which is racked by ideological disunity, constant leadership changes and a chaotic record in office before 2012. Polls suggest Democrat support levels may have dropped below 10%.

But on Monday Koike managed to announce a new national right-leaning political party before Abe could formally reveal his plan for a much rumoured 22 October election, a year ahead of schedule. This has some echoes of the way the Australian Labor Party suddenly swapped to a more attractive, centrist leader in Bob Hawke in 1983 on the day the Abe-style conservative Prime Minister Malcolm Fraser rushed to an early election.

I have been following Koike's career since attending her rallies in the Diet's Tokyo 10th District in 2005, when she was one of the so-called female ninjas deployed by Abe's charismatic LDP predecessor Junichiro Koizumi to win a crushing election victory that set up the privatisation of Japan Post.

As an English-speaking former television journalist and Arab affairs specialist who went on to become Japan's Environment and Defence Minister, Koike has vastly more experience and political guile than political upstarts such as US President Donald Trump and French President Emmanuel Macron.

She has already demonstrated her political agility by creating a new party for the Tokyo city assembly elections in July, less than a year after she grabbed the governorship from an old-style LDP candidate backed by Abe.

The July election saw Koike's Tokyo First Party and its alliance partners win 79 seats, compared with 23 for the LDP (57 previously) and just five for the Democrats. What's more, the Buddhist-linked Komeito Party has aligned with Koike in Tokyo, despite being part of Abe's government at the national level.

While recent opinion polls give the LDP 30-40% support, well ahead of the Democrats, an equal proportion of voters say they haven't made up their minds, providing a potentially fertile pool of support for an alternative party.

But the Party of Hope will need to lift voter participation back up from the record low 52.6% at the 2014 lower house election and also draw young and left-leaning disenfranchised voters over to the centre, just as Macron did in France.

Japan's economy is doing quite well at the moment, which should give Abe confidence about his decision. But there is also an emerging view among economists that while his Abenomics stimulus policy has been good for Japan, it is now hitting a point of diminishing returns. And the Tokyo city result added weight to the idea that voters have become cynical about Abe's well-honed political routine of pursuing his personal nationalistic priorities until the voters lose patience, at which point he switches back to bread-and-butter economic issues.

This time he is proposing to go ahead with a long-planned but controversial consumption tax increase – instead of using it to reduce the budget deficit, however, he will fund populist education and childcare measures.

Japan has been down the path of 'third way' political renaissance before, including after its bubble economy collapsed in the early 1990s and a more youthful Koike was part of the Japan New Party and then its ephemeral successors. More recently the charismatic but ideologically disparate former Osaka Mayor Toru Hashimoto tried to translate his local government success to the national level, but failed.

Japanese people have been remarkably stoic and calm in the face of a deflationary economic setting and a shrinking population, and will likely now see Abe as a reassuring figure amid the North Korean threats. But the recent low voter participation levels suggest there is a well of dissatisfaction to be tapped.

So Abe will be counting on the uncertainty being created by Kim Jong-un's increasingly strident antics to make Bill English-style conservative familiarity more attractive than the remake of an old ninja epic. 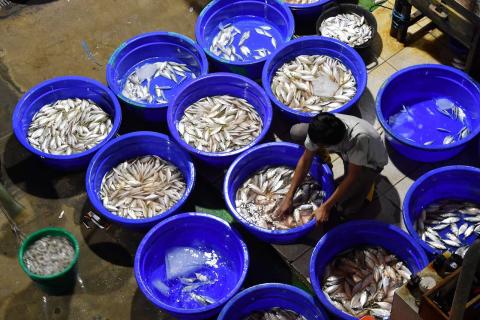 Previous Article
What the German election means for Europe and the world
Next Article
Commercial drones: Privatising air power

Overcoming the politics of victimhood is one way Japan’s leader could involve himself again in regional denuclearisation talks.
Donna Weeks 30 Mar 2017 12:36