If the Taliban’s return is seen a plus for Pakistan, India appears to be the loser. 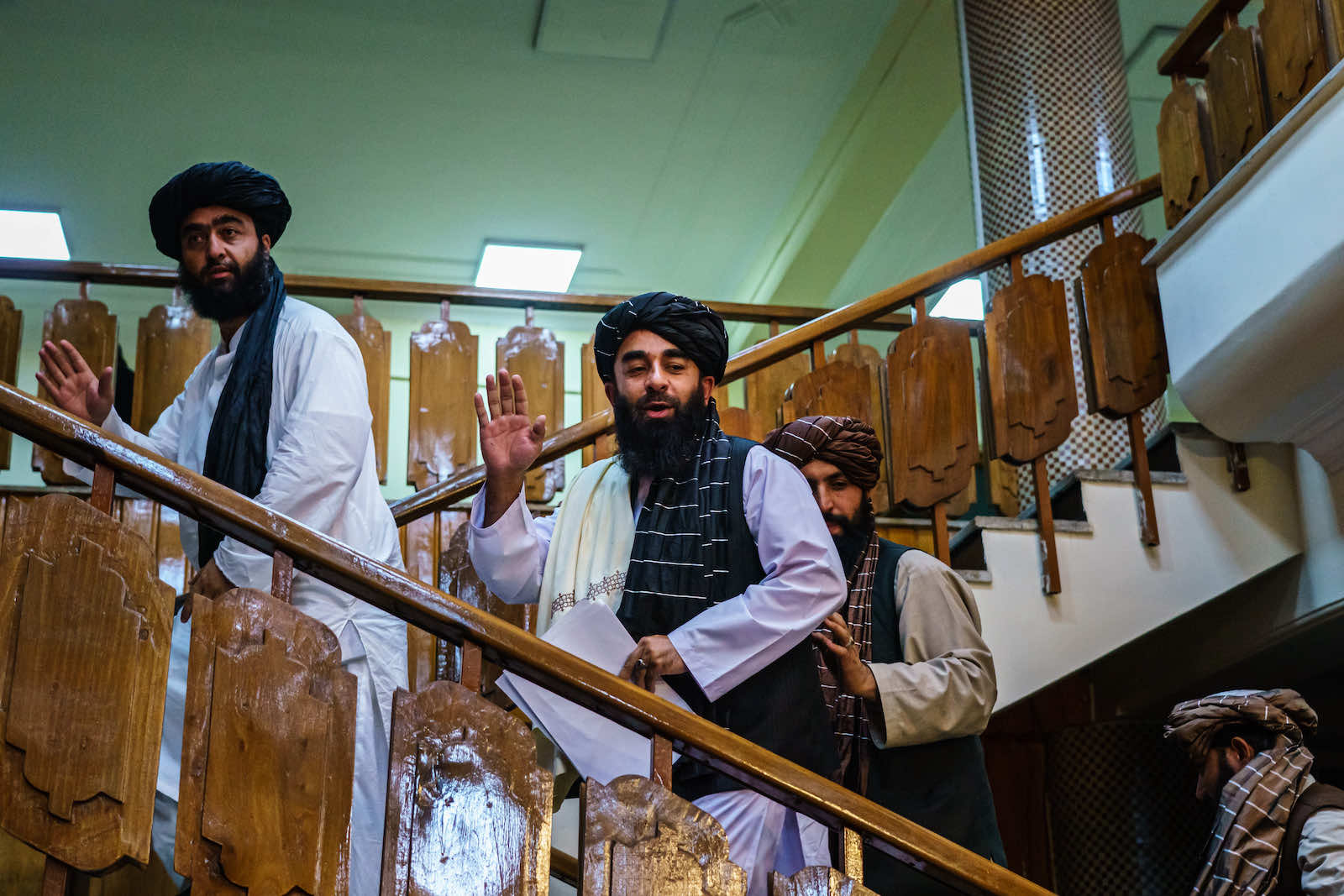 What was predicted to take 90 days instead occurred within weeks – a complete takeover of Afghanistan by the Taliban after a hasty withdrawal of US troops, with Kabul succumbing without a struggle.

But mayhem, chaos and uncertainty was not unexpected. Concerned voices had raised the alarm about a Taliban-controlled Afghanistan for months, given the group’s brutal history and disregard for international human rights conventions. World leaders have scrambled to respond to this “new” Taliban regime by closing down embassies and reinforcing borders. So far, the governments of Pakistan, China and Russia have indicated their decision to engage diplomatically with a Taliban government.

In South Asia, the dynamics in Afghanistan have been for most part a reflection of the India-Pakistan proxy war, further exacerbated by Afghanistan’s landlocked status and an environment of conflict and political instability.

For Pakistan, resurgence of the Taliban in Afghanistan offers significant opportunities. When the group first surged in the 1990s, support to the Taliban allowed Pakistan a chance to establish strategic depth vis-à-vis India via what it saw to be a friendly regime. However, the American invasion in 2001 prompted a U-turn in Pakistan’s policy and it joined US forces against the Taliban and al-Qaeda. Pakistan has been at the forefront of hosting Afghan refugees as well as offering aid and assistance towards the US reconstruction efforts. Yet a covert relationship with the Taliban has long been suspected to have continued, made more apparent with Pakistan’s active intervention in recent times that helped bring the Taliban to the negotiating table.

The capitulation in recent weeks raises difficult questions about future Indian policy in Afghanistan, particularly in the absence of the United States.

India, on the other hand, enjoyed better relations with Afghan governments except during the years of Taliban rule. Since 2002, India has been an active stakeholder in the reconstruction of Afghanistan, investing nearly US$3 billion in developmental assistance. It has been involved in infrastructure development notably the Salma Dam in Herat, the Zaranj-Delaram highway on the border with Iran and the Afghan parliament house in Kabul, to name a few. As an aid provider India has contributed to educational and infrastructure capacity building in Afghanistan.

While it shied away from active troop deployment, India had provided logistical support and training to Afghan defence forces. Its diplomatic presence extended beyond Kabul – much to the concerns of Pakistani intelligence. India’s own intelligence agency, the Research and Analysis Wing was also known to have allied with the anti-Taliban Northern Alliance in the years before 2001.

For India, landlocked Afghanistan also offers a pathway to the energy resources of the Central Asian states. To this effect, it formalised a trilateral agreement with Afghanistan and Iran in 2015 to develop the Chabahar Port, which would give India access to Afghanistan by circumventing Pakistan and pave the way for robust economic arrangements.

Yet, despite its cultivated “goodwill” and diplomacy, India remained conspicuously absent from the recent political negotiations in Afghanistan. Amid speculation about a belated dialogue track with the Taliban, India’s approach was to mostly rely on tacit support to American strategic decisions – focusing particularly on the sanctioning of Pakistan and the Inter-Services Intelligence agency, ISI, for its support to the Taliban.

The capitulation in recent weeks raises difficult questions about future Indian policy in Afghanistan, particularly in the absence of the United States. Much like the US and other international actors, Indian intelligence appears to be have also been caught off guard by the rapid Taliban advance. There is now an urgent effort to rescue Indian workers in Afghanistan. Indian policymakers seem to be struggling to determine the next steps. While the usually vocal Indian Prime Minister Narendra Modi is yet to make a statement about the Taliban, the External Affairs Ministry has offered generic statements focusing on “monitoring the situation in Kabul”, without mentioning the Taliban.

Domestic political concerns in India are also evident. Having worked extensively to build its strategic relationship with the United States, it is important for the Indian government’s image to salvage that relationship. India has also devoted sustained attention to Pakistan’s spoiler role in Afghanistan and its alleged role in terrorism within India. The Modi government is particularly reliant on drumming up a national security narrative vis-à-vis Pakistan for domestic popularity. With the ascendance of a Pakistan-backed Taliban in Afghanistan, such a narrative has rebounded to appear as a disaster for India.

Clearly, this will be a challenging time for India-Afghanistan relations. It remains unclear how India will reconcile its relationship with the Taliban and salvage existing projects, including the already delayed Chabahar port construction. With the collapse of the civilian government in Afghanistan, will India again offer support to opponents of the Taliban, as it did with the Northern Alliance? The withdrawal of the US also presents to India a challenging regional landscape with heightened India-Pakistan tensions, and, of course, India-China acrimony.

But for all the grand narratives and political calculations that will be evident in the coming months, the more immediate concern is obvious. India and the international community must take note of the humanitarian concerns of the Afghan people, particularly those likely to be targeted by the Taliban.