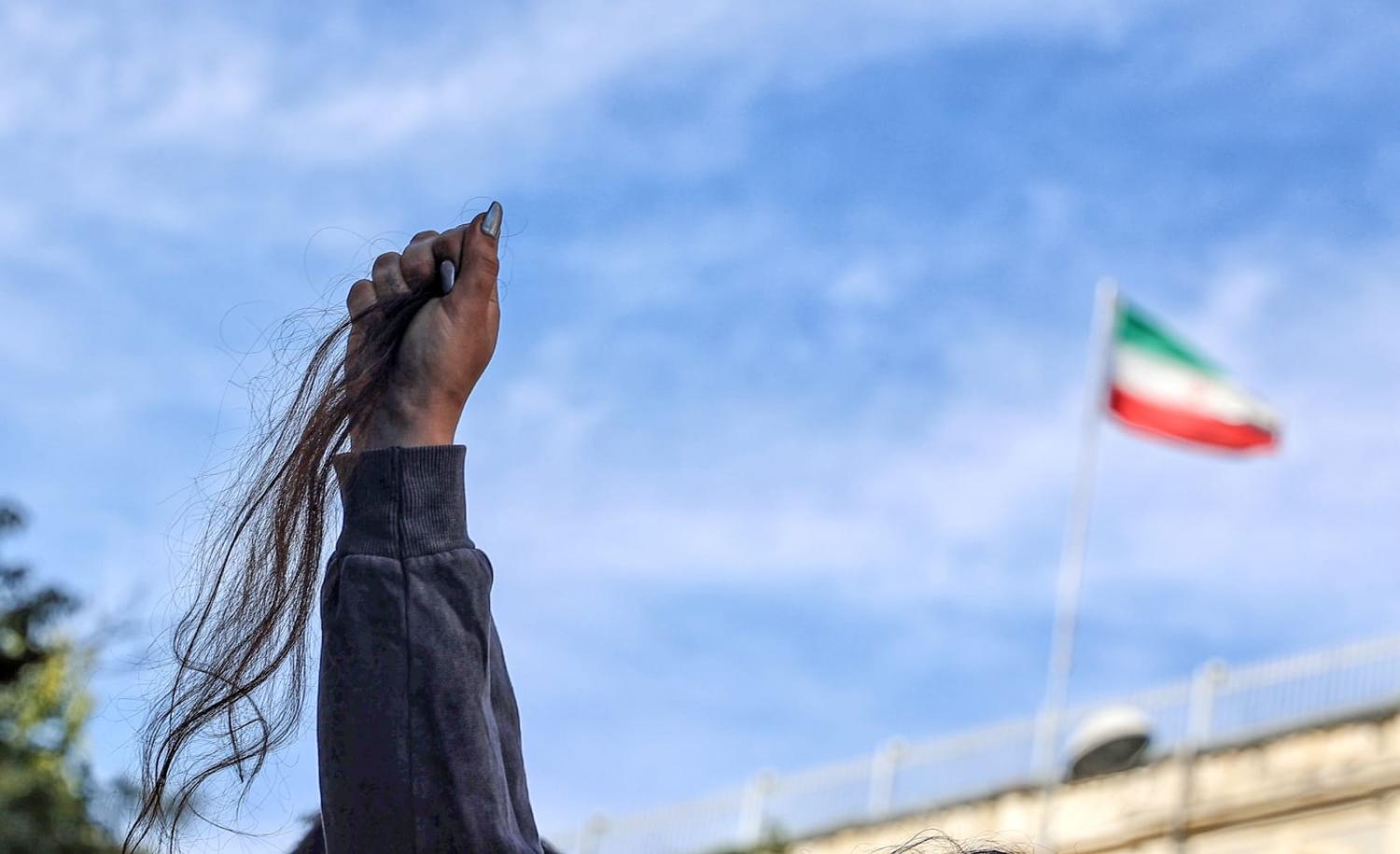 Mahsa (Zhina) Amini, whose death on 16 September sparked a nationwide uprising in Iran, was not a political dissident. When Amini was arrested by the Islamic Republic’s morality police in Tehran, her only offence was having too much hair poking out from beneath her state-mandated hijab.

Amini, who hailed from Saqqez in Iranian Kurdistan, was taken to a detention centre to be “educated” on proper dress. The next time her family saw her, she was in a coma with a fractured skull. Images of her being intubated at Tehran’s Kasra hospital, and the subsequent news of her death, set off a nationwide explosion of outrage that has rocked Ayatollah Ali Khamenei’s regime.

Amini’s fate was spine-chilling – but not surprising. In the decades since Iran’s 1979 revolution, Iranian women have been systematically brutalised and treated as second-class citizens; the mandatory hijab has symbolised the state’s patriarchal ideology from the outset. From the time of the Iran-Iraq War, Iranian state propaganda has overtly tied the hijab to the official cult of martyrdom surrounding the country’s war dead, implying that exposing one’s hair equates to profaning their memory.

Young demonstrators in both cities, led by women, are setting once-sacred symbols of the Islamic Republic – including their own headscarves – ablaze.

What is surprising is the sheer span of the protests. In contrast to past generations of dissenters, these demonstrations have swept up every major city, alongside dozens of smaller ones. In doing so, they have quickly surpassed the ethnic, economic, regional and gender-based fault lines that allowed the Islamic Republic’s foot soldiers to crush every previous iteration of protest against its rule.

When, for example, university students and middle-class voters took to the streets of Tehran and other major cities in 1999 and 2009, primarily in pursuit of reform rather than regime change, much of the country empathised but did not join in. Likewise, when the regime later deployed lethal force to kill hundreds of demonstrators with more radical political demands and economic grievances (as many as 1,500 in November 2019 alone), affluent Tehranis rarely turned out in significant numbers. All the while, ethnic minorities on Iran’s frontiers – especially Iranian Arab, Kurdish, and Baluch communities, the latter two of which are predominantly Sunni – have often been left by the Shi’a Persian majority to fend for themselves in the face of economic marginalisation, discriminatory state policies and constant accusations of separatism.

Breaking with this tradition of disunity, all these components of Iranian society are now rising up simultaneously. Dramatic protests are taking place in cities with few connections to Iran’s Kurdish community, some thousands of kilometres away from Saqqez. While security services have repeatedly been forced into retreat in the ethnically Azeri city of Tabriz and the towns of Amol and Nowshahr near the Caspian Sea, the Persian Gulf ports of Bushehr, Bandar-Abbas and Qeshm have seen equally intense demonstrations.

More concerningly for Khamenei, the protest movement seems to be graduating from street demonstrations to strikes.

Illustrating the challenge to the regime’s core tenets, Mashad and Qom – deeply conservative centres of Shi’a Muslim religiosity – have been on fire the past several nights. Young demonstrators in both cities, led by women, are setting once-sacred symbols of the Islamic Republic – including their own headscarves – ablaze.

Beyond his Revolutionary Guardsmen and their Basiji auxiliaries, it is not clear to what extent Khamenei still has a power base to call on, let alone the 83-year-old’s own physical health. Pro-government demonstrations last Friday were lacklustre at best, and every day brings new examples of luminaries from Iranian sports and cinema (led by football legend Ali Karimi) siding with the protesters. Even more concerningly for Khamenei, the protest movement seems to be graduating from street demonstrations to strikes, as evidenced by the shuttering of businesses in Kurdistan and the call by Iran’s teachers’ unions and university groups to stage a shutdown of the education system; contract workers in Iran’s all-important oil industry are now threatening to go on strike as well.

While Western policymakers formulate their response, one group of observers is particularly invested in the outcome of this uprising. Across the so-called “Shi’a crescent”, grassroots movements such as Lebanon’s Thawra and Iraq’s Tishreen have sought to cast aside corrupt ruling systems built upon codified sectarianism, only to be met with violence from forces armed, trained, financed and directed by Iran. Even if these protests do not bring immediate change to Tehran, they could force the Islamic Republic to redirect limited resources from maintaining its regional vice grip to shoring up its internal apparatus of control.

As of now, there is no way of knowing whether this uprising will bring lasting political change. While Iranian state television stages mildly provocative debates over the hijab laws, the tone of the protests makes it clear the demonstrators demand nothing less than the end of the Islamic Republic. The state still has considerable tools of repression at its disposal, and has spent years threatening a violent response to any challenge against Khamenei’s rule. Nonetheless, leaked footage of comments from Iranian judiciary head Gholamhossein Mohseni-Eje’i suggests the security forces are already on the brink of exhaustion.

Ultimately, the path chosen by Khamenei and the Guards – in which all remotely moderate voices, including former president Hassan Rouhani, have been drummed out of the circles of power – makes change from within impossible and collapse inevitable. The question is whether the Islamic Republic, now ideologically bankrupt and lacking any real legitimacy, will be swept away by this generation of protestors – or the next.

Previous Article
Animal attractions: India confronts a neighbourhood dilemma
Next Article
The president vs the judge: How Kiribati came to a constitutional standoff

If Iran’s Foreign Minister wants to speak at UN headquarters in New York, is the US obliged to issue him a visa?
Rodger Shanahan 25 Sep 2017 09:23

It is difficult to see how the Administration can renege on JCPOA, but the damage may already have been done.
Firouzeh Khoshnoudiparast 26 Oct 2018 10:30

The 1955 Treaty of Amity has offered a chance to resolve disputes between the US and Iran. Abandoning it carries a cost.