Even when revered as a democratic icon, Aung San Suu Kyi always insisted she was a politician, and has since proved it. 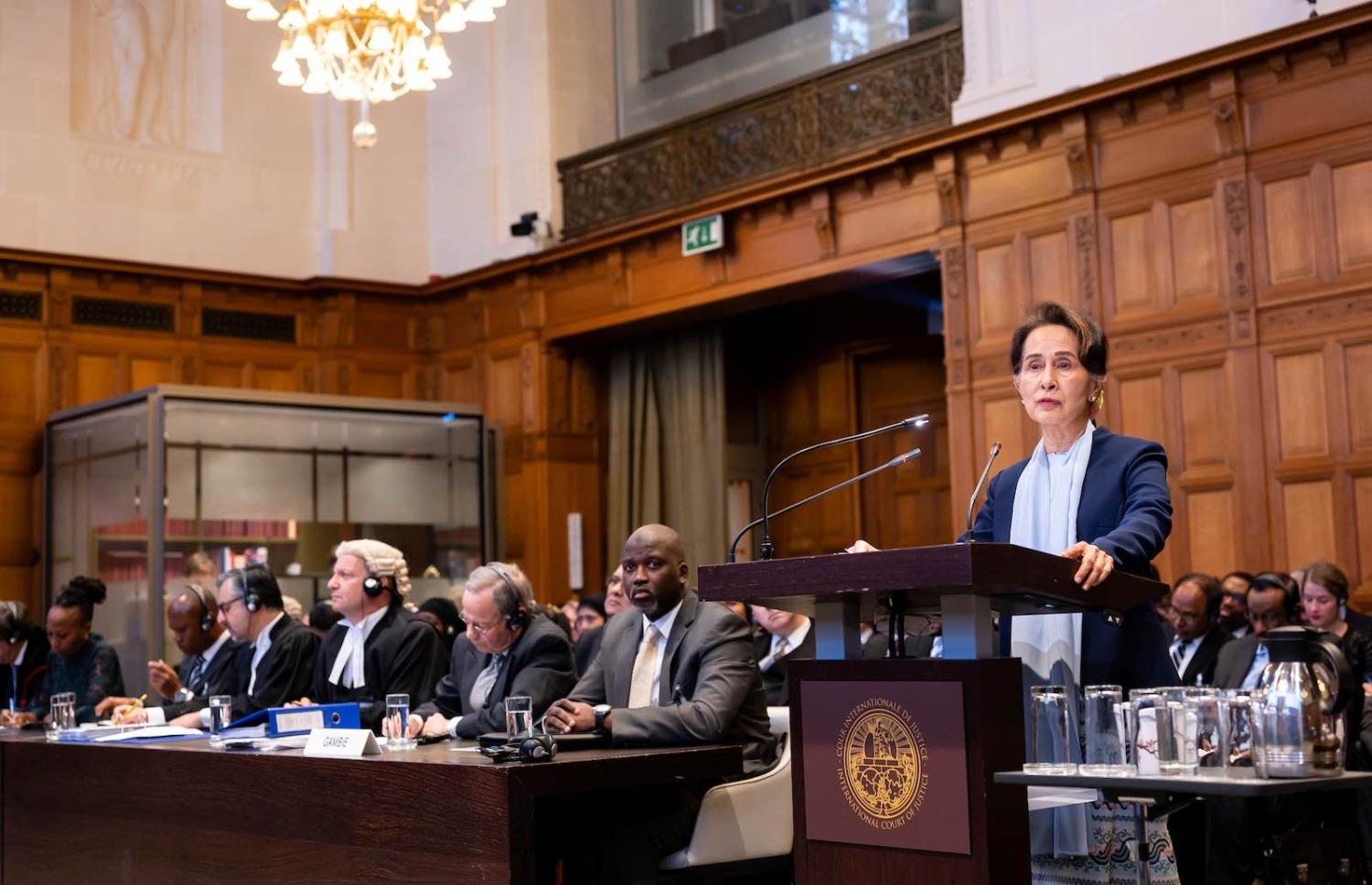 This week, the world was treated to an extraordinary sight. Aung San Suu Kyi, the Nobel Peace Prize winner once hailed as “the bravest and most moral person in the world ... the immaculate heroine who allows us all to feel a little better about human nature”, sat in the International Court of Justice (ICJ) in The Hague and defended her country against charges of genocide.

The brutal “clearance operations” by Myanmar’s security forces against the Muslim Rohingya population in Rakhine State between October 2016 and the end of 2017 have been extensively documented by governments and international organisations. In 2018, for example, an independent UN fact-finding mission released a 444-page report that described in horrific detail case after case of murder, torture, sexual assault and the destruction of property by the armed forces (known as the Tatmadaw) and the police.

The UN Human Rights Council stated that these operations demonstrated “genocidal intent”. A more politically nuanced US State Department investigation conducted at the same time stopped short of calling the atrocities in Myanmar genocide, but recorded broadly similar findings. Both reports noted that there were almost one million Rohingya refugees living in squalid camps in Bangladesh who stood as evidence of the crimes against humanity perpetrated against them.

In her testimony at the ICJ, Aung San Suu Kyi claimed that the allegations against Myanmar represented an “incomplete and misleading factual picture of the situation”. Implying that no-one outside Myanmar could fully understand the situation in Rakhine State, she said that it was “complex and not easy to fathom”. The troubles there went back centuries. The latest problems were caused by the Arakan Rohingya Salvation Army (ARSA), which she said had received support from Afghan and Pakistani militants. Security operations in Rakhine state were taken in response to attacks by ARSA “terrorists”, as part of an “internal conflict”.

Aung San Suu Kyi said that “It cannot be ruled out that disproportionate force was used by members of the defence services in some cases, in disregard of international law”, or that “they did not distinguish clearly enough between ARSA fighters and civilians”. She went on:

There may also have been failures to prevent civilians from looting or destroying property after fighting or in abandoned villages.

In a rare concession, she expressed sympathy for the refugees in Bangladesh (but without calling them “Rohingyas”).

Apparently oblivious to the fact that Myanmar’s judicial system (both civil and military) is notorious for its corruption and lack of independence, Aung San Suu Kyi also stated that, if there were any suspicions of improper conduct, they would be fully investigated. As most observers would already know, several internal commissions of inquiry have already investigated various charges against the security forces and cleared them of any wrong-doing.

Considered overall, it was an astonishing performance, which left many observers wondering at times whether Aung San Suu Kyi actually believed the nonsense she was peddling. The State Counsellor’s carefully crafted testimony was an attempt to defend the indefensible. Strictly legal factors aside, it failed completely. At a personal level, it saw the last tattered remnants of her reputation as a champion of universal human rights shredded in the eyes of the international community.

Given the global attention being given to this case, and the overwhelming evidence against Myanmar, this was bound to happen, raising the question: why would Aung San Suu Kyi put herself in such a position? Why would she expose herself to the inevitable international criticism – even mockery – in such a way? What could she possibly gain from putting her once immense moral authority and personal prestige on the line, knowing what the outcome (at least in the court of public opinion) would be?

For all her criticisms of the former military regime, and attempts as a political prisoner to win the support of foreign governments, Aung San Suu Kyi has always been a strong Myanmar nationalist.

Foreign observers have put forward three reasons to account for her actions.

First, most have suggested that, with the 2020 national elections in mind, Aung San Suu Kyi is keen to be seen to defend Myanmar against external criticism. She knows that the clearance operations in Rakhine State in 2016 and 2017 were popular with many of her Burman Buddhist constituents, who have long viewed the Rohingyas as illegal Bengali immigrants who follow an alien and potentially dangerous religion. Not to have stood up against the ICJ could have had electoral consequences for her National League for Democracy.

Second, it has also been pointed out that Aung San Suu Kyi is currently governing Myanmar as part of a coalition with the Tatmadaw, which arguably remains the strongest political institution in the country. If she is to survive as State Counsellor and implement the wide range of reforms being promoted by her party, she needs to keep the generals onside. She cannot stand by and allow the international community to attack them, for fear of making them even more hostile to her government.

In this regard, it is relevant that Myanmar’s armed forces were created by her father, independence hero Aung San. For them to be publicly disgraced would not only bring discredit to the institution itself, but could also reflect on its revered founder, and by implication Aung San Suu Kyi herself. Interestingly, huge billboards have recently appeared around the country, showing Aung San Suu Kyi with three smiling generals, emphasising the close links between them and implying her support for their military operations.

A few pundits have postulated a third motive. For all her criticisms of the former military regime, and attempts as a political prisoner to win the support of foreign governments, Aung San Suu Kyi has always been a strong Myanmar nationalist. She shares with the generals a deep commitment to the country’s independence and sovereignty and, particularly since taking power herself, has put her country before wider considerations. She also knows that people in Myanmar do not like seeing their country publicly attacked by foreigners.

There is a fourth possible reason. Aung San Suu Kyi has a profound sense of personal destiny. She has always seen herself as the daughter of Myanmar’s founding national hero, who was assassinated in 1947. For decades, she worked to become Myanmar’s president, and to take her place in the pantheon of Myanmar’s most revered leaders. With that in mind, she may have felt that she could not remain silent while her country and, technically speaking, her government and herself, were accused of crimes against humanity.

Even when she was a prisoner of conscience, and revered by the international community as a democratic icon, Aung San Suu Kyi always insisted that she was a politician. This has been borne out by her actions (or lack of action) since taking power in 2016. Whether her appearance in the ICJ is further evidence of the demands of realpolitik, stems from a sense of duty towards her country, or is derived from deeper personal feelings, is difficult to say.

However, the result will be the same: her popularity in Myanmar may rise, but outside the country her reputation will reach a new low.

When the G2 idea still had currency, a pandemic might have seemed a potential moment for US-China cooperation
Greg Earl 1 Jul 2021 12:00