Climate change negotiations might be moving slowly, yet Australia is excluding itself from the conversation. 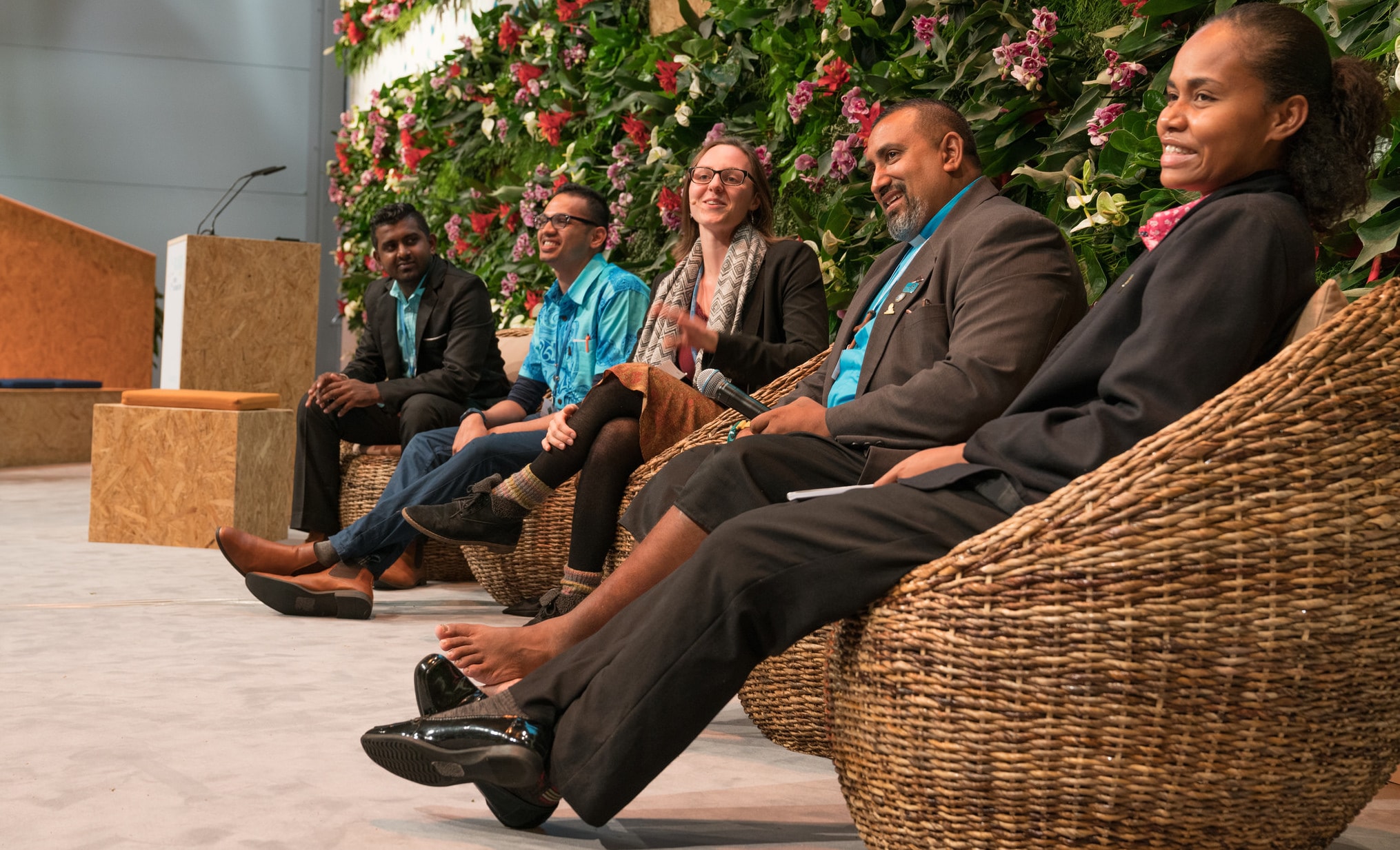 Australia likes to pride itself as a Pacific power, one that shares common values with Pacific island neighbours to work towards what the new Foreign Policy White Paper calls 'a shared agenda for security and prosperity'. But Australia's pursuit of its own prosperity through the promotion of coal exports directly undermines the security of Pacific island countries.

The White Paper acknowledges climate change presents a serious threat to small island states and the coming decade will see an increased need for international disaster relief for Pacific island countries. But without any hint of a blush, the paper also suggests Australia's economic interests remain tied to coal, the world's dirtiest fossil fuel and a chief driver of climate change.

Yet this proposed mine and Australia's commitment to coal more broadly are damaging the country's international reputation, particularly with low-lying Pacific island countries. This was clearly demonstrated last month when negotiators gathered in Bonn for climate talks chaired by Fiji. It was the first time a small island state has led negotiations at the United Nations Framework Convention on Climate Change (UNFCCC) conference. Australia's Environment and Energy Minister Josh Frydenberg sought to paint a picture of harmony with island neighbours while announcing $6 million in aid for 'Blue Carbon' projects in the region. Yet Australia faced stern criticism from Pacific island leaders.

Marshall Islands President Hilda Heine said she was looking for all countries to stop burning coal to prevent dangerous climate change and singled out Australia, the largest member of the Pacific Islands Forum, as a nation 'well aware of the issues facing Pacific island countries'. Former President of Kiribati Anote Tong was particularly scathing of the proposed Adani coal mine, arguing that 'if you're going to open another coal mine then you are not transitioning [to renewables], you are lying to us'. Australia was dubbed 'fossil of the day' no less than three times – an 'award' presented by environment campaigners to countries for blocking progress in negotiations, or undermining implementation of the Paris Agreement.

Australia did receive some praise. US coal multinational Peabody Energy applauded the government's new energy policy, saying Australia was an example of a place where coal 'had fallen off the table as an option and is now back on'. Companies such as Peabody are doubtless looking to shore up support because they know the tide of opinion has started to turn against them.

As an example of this shift in sentiment, 19 nations used the Bonn talks to announce a new global alliance to phase out coal, known as the 'Powering Past Coal' initiative. The diplomatic grouping, including the United Kingdom, New Zealand, France, Mexico and Canada, aims to have more than 50 members in time for climate talks to be held in Poland in late 2018. Australia was notably absent from the launch.

Britain's Climate Change Minister Claire Perry said the alliance was a 'signal to the world that the time of coal has passed', a view echoed by her Canadian counterpart Catherine McKenna, who declared 'the market has moved, the world has moved … coal is not coming back'. Fiji's Minister responsible for climate change, Aiyaz Sayed-Khaiyum, said that while his country had never used coal, it was important to be part of the alliance for symbolic reasons.

Next year, attention will remain focused on Pacific island countries as Fiji convenes a UN-mandated global dialogue to assess efforts to tackle climate change. Current pledges under the Paris Agreement put the world on track for more than 3°C of warming, which would see major disruptions to the climate system with catastrophic implications. Yet the Paris Agreement also sets in motion a means of increasing ambition over time. Through a 'pledge and review' system, parties are required to communicate their national contribution to tackling climate change, with a global stocktake held every five years.

There is a clear expectation countries will 'ratchet up' their commitments over time. Fiji has successfully rebranded next year's first dialogue, intended as a 'dry run' for subsequent global stocktakes, the '2018 Talanoa Dialogue' – a renaming that will give the talks a distinctly Pacific feel. A 'Talanoa' is a traditional concept used in Fiji and in other parts of the Pacific to 'reflect a process of inclusive, participatory dialogue', the purpose of which 'is to share stories, build empathy and to make wise decisions which are for the public good'. In many Pacific communities, public conversations, infused with protocols of respect, are a means of building mutual trust and settling disputes. These are generally very long conversations, typically conducted in village halls and often around bowls of kava. While this might sound relaxed, a Talanoa is not just empty talk. By the end of a Talanoa everyone understands what the problems are, and what needs to be done to solve them.

If Australia really wants to be a Pacific power, it will need to come to the conversation willing to show island nations, and the world, it is ready to move away from coal.