Coalition ships and aircraft may escort ships through the strait but legally they cannot patrol in or over the strait. 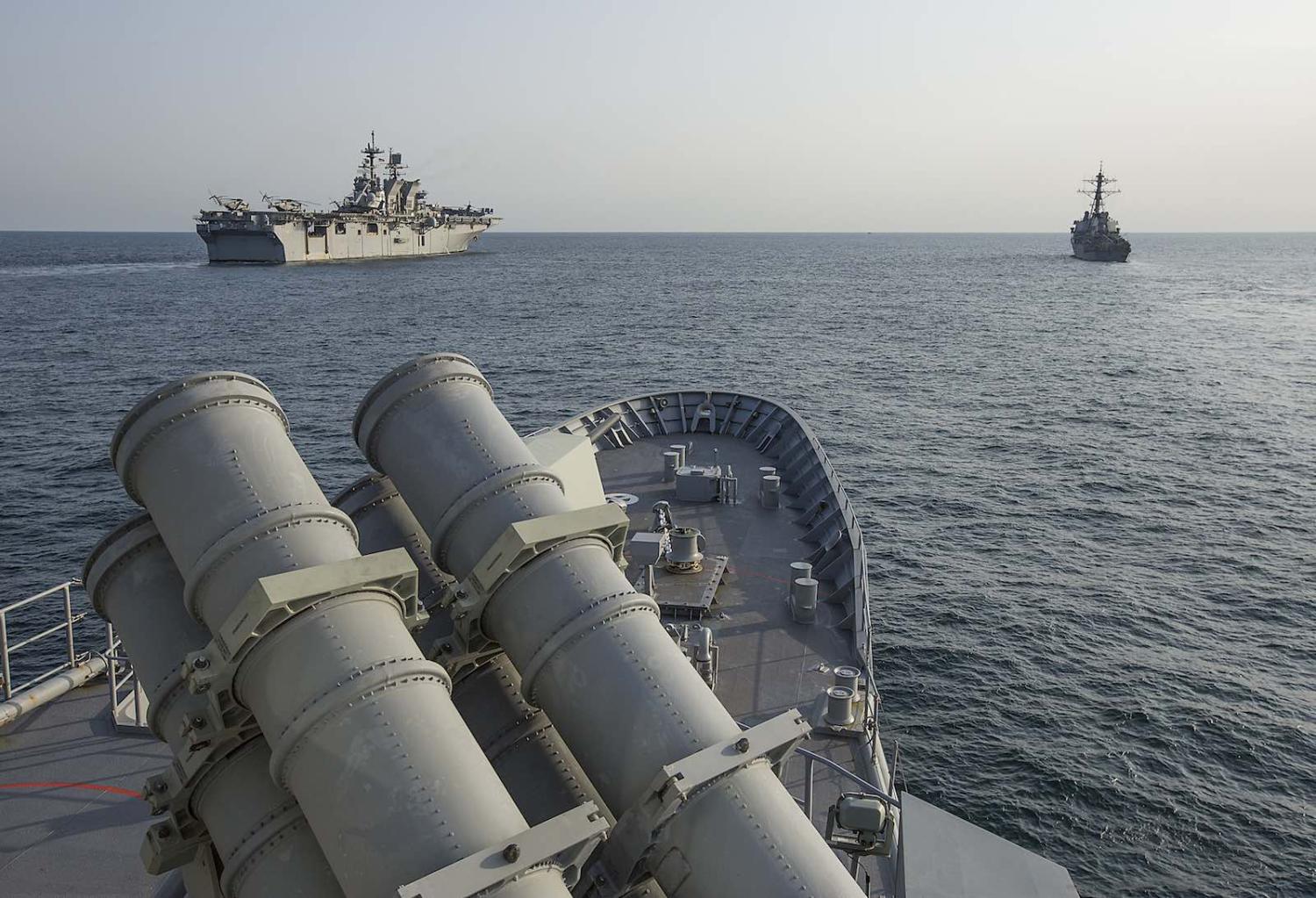 Australia’s commitment to the US-led coalition to provide maritime security for the Strait of Hormuz and the Persian Gulf will be one maritime surveillance aircraft, to start operations later this year, and one frigate from early 2020. Military personnel will also help staff a coalition headquarters in Bahrain.

The deployment of these Australian Defence Force assets raises questions about how they might be employed in this politically, strategically and legally complex part of the world. Where and how might they operate? What threats might they face? And at a basic level, will they make any difference to the current situation?

Australia would be at risk of legal hypocrisy if it flouted the rules of transit passage and allowed Australian assets to patrol the Strait of Hormuz as opposed to escorting ships directly through it.

To answer these questions, the geography of the region must be appreciated. Iran has the longest coastline in the Persian Gulf and Gulf of Oman. It also occupies several strategic islands in the Eastern Persian Gulf near major shipping routes. Along with Oman, Iran borders the Strait of Hormuz which connects the two gulfs. At its narrowest point, this strait is 21 nautical miles wide and vessels passing through must traverse the territorial seas of Iran and Oman.

As a strait used for international navigation, the regime of rules of transit passage under the 1982 UN Convention on the Law of the Sea (UNCLOS) relates to the Strait of Hormuz. This system applies to both ships and aircraft. Regulations imposed by the coastal states bordering the strait should not discriminate between foreign ships or have the practical effect of denying, hampering or impairing the right of transit passage.

The rules require ships and aircraft exercising the right of transit passage to proceed without delay through or over the strait, to refrain from any threat or use of force against the sovereignty, territorial integrity or political independence of states bordering the strait, and to refrain from any activities other than those incident to their normal modes of continuous and expeditious transit unless rendered necessary by force majeure or by distress.

The practical interpretation of these rules is that coalition ships and aircraft may escort ships through the strait but legally they cannot patrol in or over the strait. Patrolling would not constitute “continuous and expeditious transit”. It’s not known whether the US respects this legality but it does tend to interpret freedoms of navigation more liberally than most other countries.

The transit passage regime has previously been a vexed issue between Australia and the US. Australia’s introduction of compulsory pilotage in the Torres Strait, also recognised as a strait used for international navigation, was strongly opposed by the US because it could hamper or deny passage through the strait. Washington was also concerned that Australia’s move could set a precedent for the Strait of Hormuz.

Australia would be at risk of legal hypocrisy if it flouted the rules of transit passage and allowed Australian assets to patrol the Strait of Hormuz as opposed to escorting ships directly through it. But what ships would the Australian frigate escort through the strait? No Australian-flag merchant ships use the strait. Despite reference to the quantities of Australian oil imports coming through the Strait of Hormuz, these cargoes are carried mainly by “flag of convenience” tankers indistinguishable from other tankers using the strait.

A possible use of the Australian units would be surveillance flights and surface patrols outside the Strait of Hormuz itself but in proximate areas of the Persian and Oman gulfs outside the 12-mile territorial seas of any of the coastal states.

So far it would seem that Iran has focussed its operations on the strait itself and its approaches in the Gulf of Oman. It has not threatened ships elsewhere in the Persian Gulf where important shipping routes pass through Iran’s territorial sea, including around its several islands.

Despite reports to the contrary, Iran is not posing a general threat to shipping using the Strait of Hormuz. Its capturing of the tanker Stena Impero and attempts on other British-flag vessels may have been in response to Britain’s earlier seizure of a tanker carrying Iranian oil off Gibraltar. Unlike during the “Tanker War” of the 1980s, no threat has been made against ships further up the Persian Gulf. But none of this is to say that Iran doesn’t have the capabilities to do so.

Iran is the dominant resident naval power of the region with lots of options available to either escalate or de-escalate the situation. It has a range of anti-shipping capabilities available, including mines, small submarines, surface and air-launched missiles, and small fast attack boats. The most likely immediate threat to coalition surface warships would come from these small craft harassing transiting ships perhaps in an attempt to provoke a response. Anti-surface and anti-air missiles fired from either ashore or afloat are an ever-present threat to coalition ships and aircraft.

What path Iran takes will largely depend on American actions – and perhaps even more seriously, what might happen if Israel actually joins the coalition.

Australian military assets are being sent into a potentially volatile and high-risk situation beyond the control of any actions by the Australian government. Their national rules of engagement will presumably be strict to reflect the political, strategic and legal complexity and risks of the area. In view of the likely limited nature of their operations, their presence will make little difference to the current situation.

Previous Article
Disinformation and democracy: Podcast out now
Next Article
Macron tries to put the spark back into the G7

As the DFAT/Ausaid merger recedes in the rear vision mirror for Australia, China talks up scrutiny for bad projects.
Grant Wyeth 16 Feb 2021 12:00

As a pharmaceutical powerhouse, India finds it now holds the cards over Canada and what it sees as its irksome PM.
Ian Kemish 10 Oct 2018 06:00

Australia-PNG: relationships are what matter

The size of the aid cheque is no where near as significant as personal connections and sustained neighbourly attention.