By keeping Trump from derailing the proceedings, the self-anointed saviour of the West scored a tactical win. 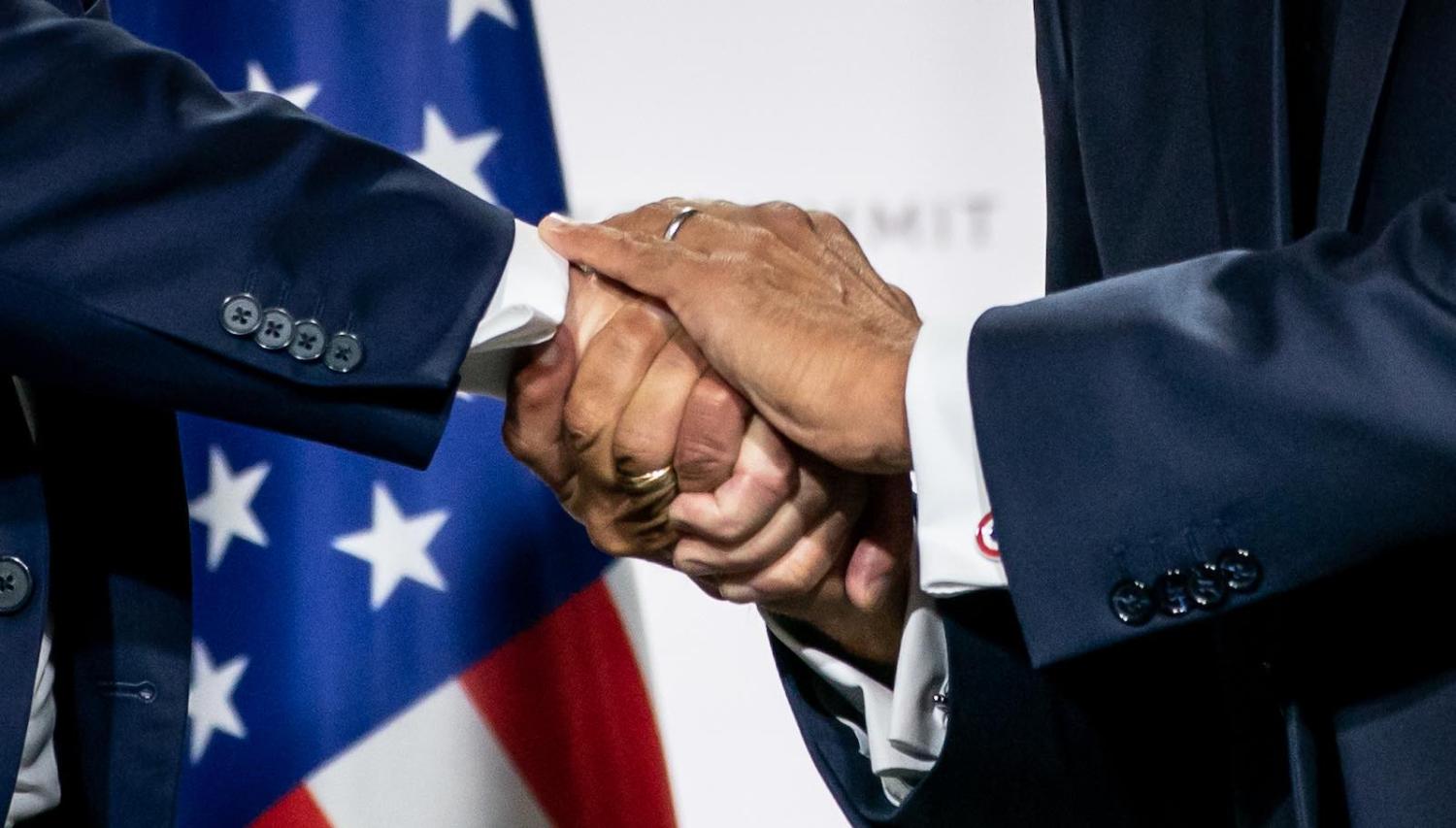 Never one to shy from lofty goals, French President Emmanuel Macron used the G7 summit in the French seaside town of Biarritz to make tenuous first steps in rejuvenating the West as the world’s most powerful political alliance.

The summit ended yesterday amid improbable displays of goodwill and bonhomie. US President Donald Trump declared the meeting a “true success”. For his part, the summit host thanked Trump profusely for enabling a “real partnership” between G7 countries. That such pleasantries can be considered a diplomatic breakthrough illustrates just how low the bar is set in the Trumpian age.

Unlike the G20, with a membership too diffuse to bridge growing geopolitical schisms, or other technical mechanisms of global governance, the value of the G7 is that it is a club of core Western leaders, not institutions.

The trouble, however, is that the West has become a modern tower of Babel. Over the past few years, the leaders of the liberal world have been locked in mutual incomprehension.

Gone are the days when the G7 was supposed to come up with comprehensive solutions for problems as wide-ranging as climate change, trade wars, instability in the Persian Gulf, and Russian assertiveness.

The American president is both leader of the free world and a sceptic of alliances. He has spent the last two years slapping tariffs on each of his fellow G7 members. Others around the table, meanwhile, are battling their own demons.

British Prime Minister Boris Johnson is an aspiring Churchill caught up in the interminable fog of Brexit. Italy’s Giuseppe Conte is the lame duck prime minister of a feuding coalition of rival populists simultaneously at war with each other and with Brussels.

Further afield, Japan’s Premier, Shinzo Abe, has tarnished his mantle as the leader of the rules-based trading order in Asia by imposing tariffs on South Korea. While in Canada, Justin Trudeau’s happy-clappy brand of liberalism is hopelessly ill-suited to the current chapter of great-power rivalry, which has seen his country become the battlefield for (and his citizens hostages to) Chinese tech giant Huawei.

Even the great stateswoman German Chancellor Angela Merkel has been weakened by domestic strife in her twilight years in office.

For his part, Macron has only just regained his domestic footing after months of a bruising grassroots “yellow vest” revolt last winter over fuel prices, taxes, and the cost of living. He has used this reprieve to crown himself king and saviour of a sorry club of leaders. However, the forceful Frenchman is the only one with the oomph to marshal the players together and prove to those at home and abroad that the west can still be more than the sum of its parts when its interests are aligned.

Gone are the days when the G7 was supposed to come up with comprehensive solutions for problems as wide-ranging as climate change, trade wars, instability in the Persian Gulf, and Russian assertiveness. The forum in its modern incarnation has reached a point where it can do one of two things.

In the worst case, it makes the world’s problems less manageable than if the leaders had never met. Trump famously trashed his first two G7 summits. In Sicily two years ago, he announced that he would be withdrawing from the Paris Accord on climate change. Last year, he called his Canadian host Trudeau “dishonest and weak” and refused to sign the G7 communiqué because it included the phrase “rules-based international order”.

In the best case, however, the G7 can make Western divisions over the big problems easier to manage. This time round, Macron pre-emptively disarmed the American president. The French realised early on that only by scrapping altogether the idea of a lengthy communiqué could the summit avoid being railroaded by Trump to humiliate and discredit the grouping further. Never mind being on the same page as Trump – being on the same stage is victory enough.

More importantly, Macron scored important tactical victories by offering to paper over internal disagreements on Iran and the US trade wars. Trump needed a de-escalation ramp for problems of his own making and Macron wheeled one out for him along with a red carpet.

US and Iranian leaders are now at least talking about talking to each other, which provides welcome relief after months of unproductive warmongering in the Persian Gulf. Meanwhile, the US is at least prepared to consider resuscitating the World Trade Organisation as a way of addressing its concerns – shared by the Europeans – of creating an equal level economic playing field with China.

The golden thread weaving its way through these initiatives is the French president’s ambition to convince Trump of the utility of the West as a vehicle more capable of pursuing US interests abroad than America First. This is a tall order and the gains may ultimately be short-lived.

However, for now, Macron’s clever diplomatic footwork has reminded the world – and particularly Russia and China – of an important point. The West must still be respected as a community of shared interests even when values clash. 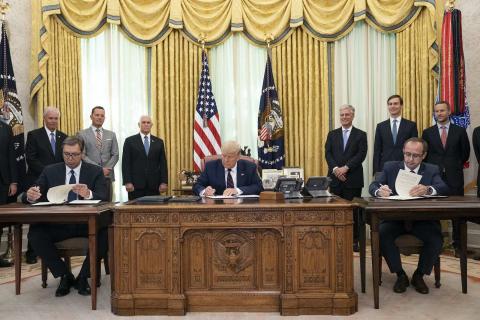 Previous Article
Australia in the Gulf: Will we make a difference?
Next Article
The Philippine standoff over China

A US return to multilateralism can’t reverse a shifting strategic landscape and the fallout of domestic strife.
Laura J. Shepherd 8 Mar 2018 09:00

A few “female bodies” in meeting rooms is not the end goal for advancement and empowerment of women at the UN.
Catherine Wilson 19 May 2020 10:00