Clever use of deterrence techniques, air defence zones and artificial intelligence are critical for the military allies. 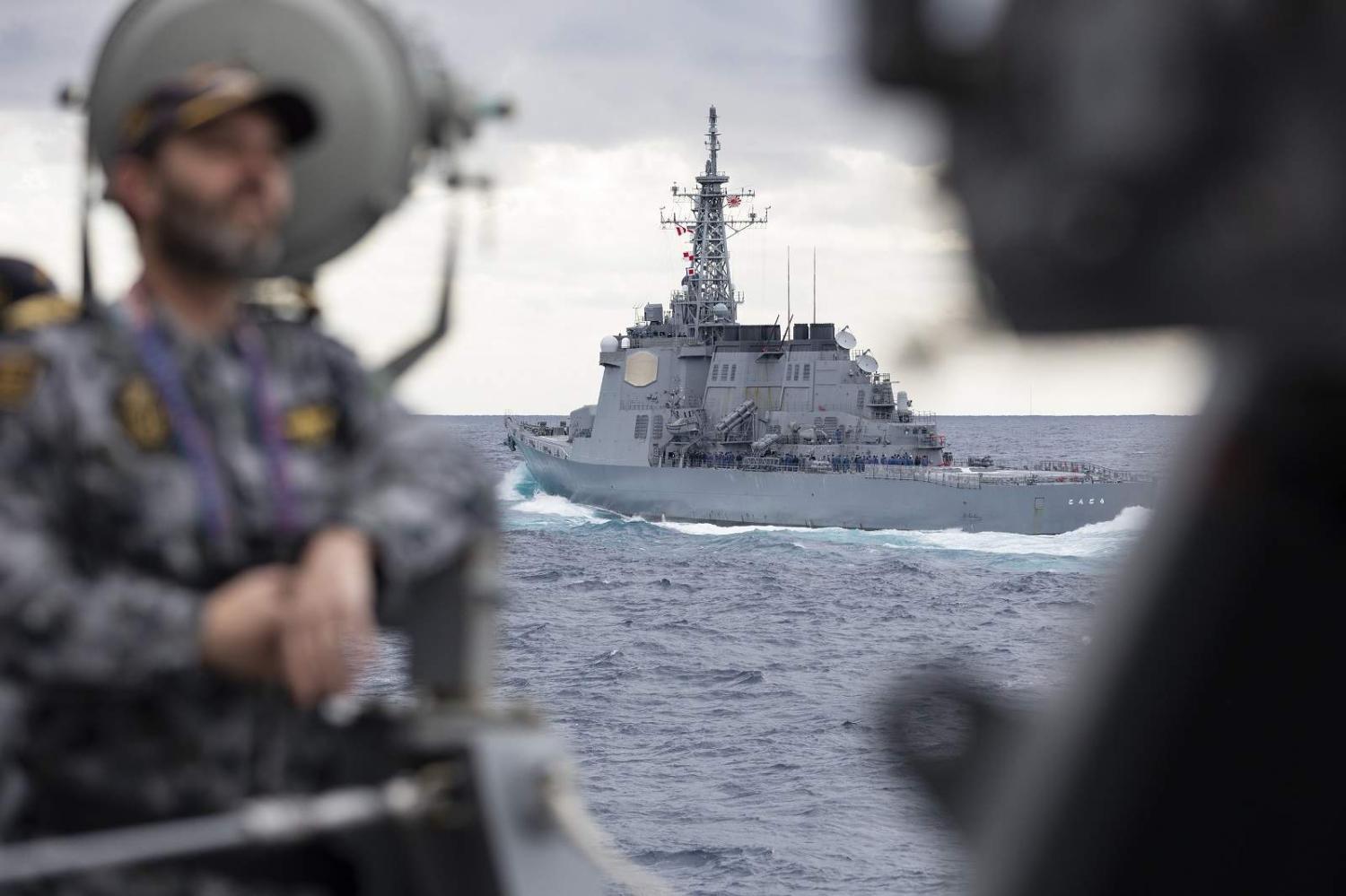 Onboard HMAS Brisbane during ANNUALEX 2021 with Japan Maritime Self Defence Force Ship JS Kirishima in the background (Defence.gov.au)
Published 21 Jan 2022

Over the last several years, the relationship with China has become increasingly awkward for both Australia and Japan. Other nations have also been similarly afflicted and sometimes more so. The expression “grey zone” is now used as a generic label for China’s new form of prickly interstate tactics, which can include anything from economic coercion and cyberattacks to militarisation of disputed territory and interference operations.

Australia and Japan are both deeply concerned over grey zone actions, seeing them as an area needing military involvement. The 2020 Australian Defence Strategic Update declared that “Defence must be better prepared to respond to [grey zone] activities.” Japan’s 2021 Defence of Japan White Paper sets out that grey zone response is one of the six principal roles assigned to the Japanese Self Defence Force (JSDF).

China’s use of grey zone techniques in the South and East China Seas provides some useful insights. In these regions, China’s grey zone strategy is incremental, slowly nibbling away at the edges, making use of multiple military and non-military measures, being careful not to escalate into major war, controlled at the highest governmental levels and on-going. These techniques have developed over time and remain evolving.

Japan is finding it difficult to maintain its current air policing posture and is being forced to cut back, creating a vacuum that China might fill.

My new paper published by the Griffith Asia Institute sets out some areas of possible Australia–Japan Defence grey zone cooperation; three are briefly outlined below. The first two make use of the new Reciprocal Access Agreement (RAA).

First, the JSDF frequently scrambles fighters to intercept and police Chinese military aircraft penetrating Japan’s East China Sea Air Defence Identification Zone (ADIZ). An ADIZ is a block of airspace established over, and usually somewhat beyond, a nation’s territory in which any unknown aircraft is sought to be positively identified. Japan is finding it difficult to maintain its current air policing posture and is being forced to cut back, creating a vacuum that China might fill and thereby incrementally gain de facto control of the airspace over and around the contested Senkaku/Diaoyu Islands.

Further south, China is also steadily increasing air activity in the South China Sea, with a formation of 16 Chinese military transport aircraft recently intercepted by Malaysian air policing aircraft. Moreover, China’s new domestic law, that effectively claims national sovereignty over 80 per cent of the South China Sea within its “nine-dash line”, hints at China establishing an ADIZ across some of this area in the future.

Australia could periodically contribute fighter aircraft to Japan’s ongoing air policing effort. This would assist a strategic partner, develop expertise in such practises useful for any future Chinese ADIZ declaration in the South China Sea, and improve knowledge of Chinese air tactics, techniques and procedures.

Second, countries undertaking grey zone activities are likely to be deterred if they know they are under constant surveillance and that any such actions will be widely and quickly publicised. Deterrence by detection could be undertaken using a network of uncrewed air systems (UAS) to maintain real-time, persistent maritime surveillance in key geographic areas.

Australia is acquiring twelve SkyGuardian and seven Triton UAS. The SkyGuardian is a relatively small, lower-cost turbo-prop engined aircraft that flies at medium altitudes (around 20–30,000 ft). In contrast the Triton is a large, expensive turbofan engined aircraft that flies at high altitude (50–60,000 ft). The Triton is similar to the JSDF’s three new Global Hawk UAS, although these have overland surveillance sensors instead of maritime ones. All these UAS have exceptional loiter time compared to manned aircraft.

Third, the processes and techniques introduced by the fourth industrial revolution open up substantial scope for Australia–Japan cooperation on developing, testing and manufacturing innovative, small-scale technology. Collaboration between Australian and Japanese research organisations and small-to-medium companies could focus on quickly bringing suitable technologies into limited service to meet current and emerging grey zone activities. Such technologies would be built under the prototype warfare paradigm, not for major warfighting tasks. The systems developed would leverage commercially available technology, be intended for near-term use over a short period, and be carefully optimised for counter-grey zone purposes.

Chinese grey zone activities have gone on for more than a decade and look like continuing indefinitely. By working together, Australia and Japan can in part offset the greater resources China can apply to creating this problem. Using new operational concepts and optimised technological counters is one way to maximise the two nations’ responses to the ongoing grey zone challenge.

Previous Article
A test of Australia’s place in the world
Next Article
2022 is not 2014: What holds back Russia from Ukraine

The limits of unilateral action against Iran

Washington is finding maximum pressure campaigns have limitations and bringing along friends and allies could help.