Russia’s leadership is alert to the changed military circumstances even while it clings to historic ambitions. 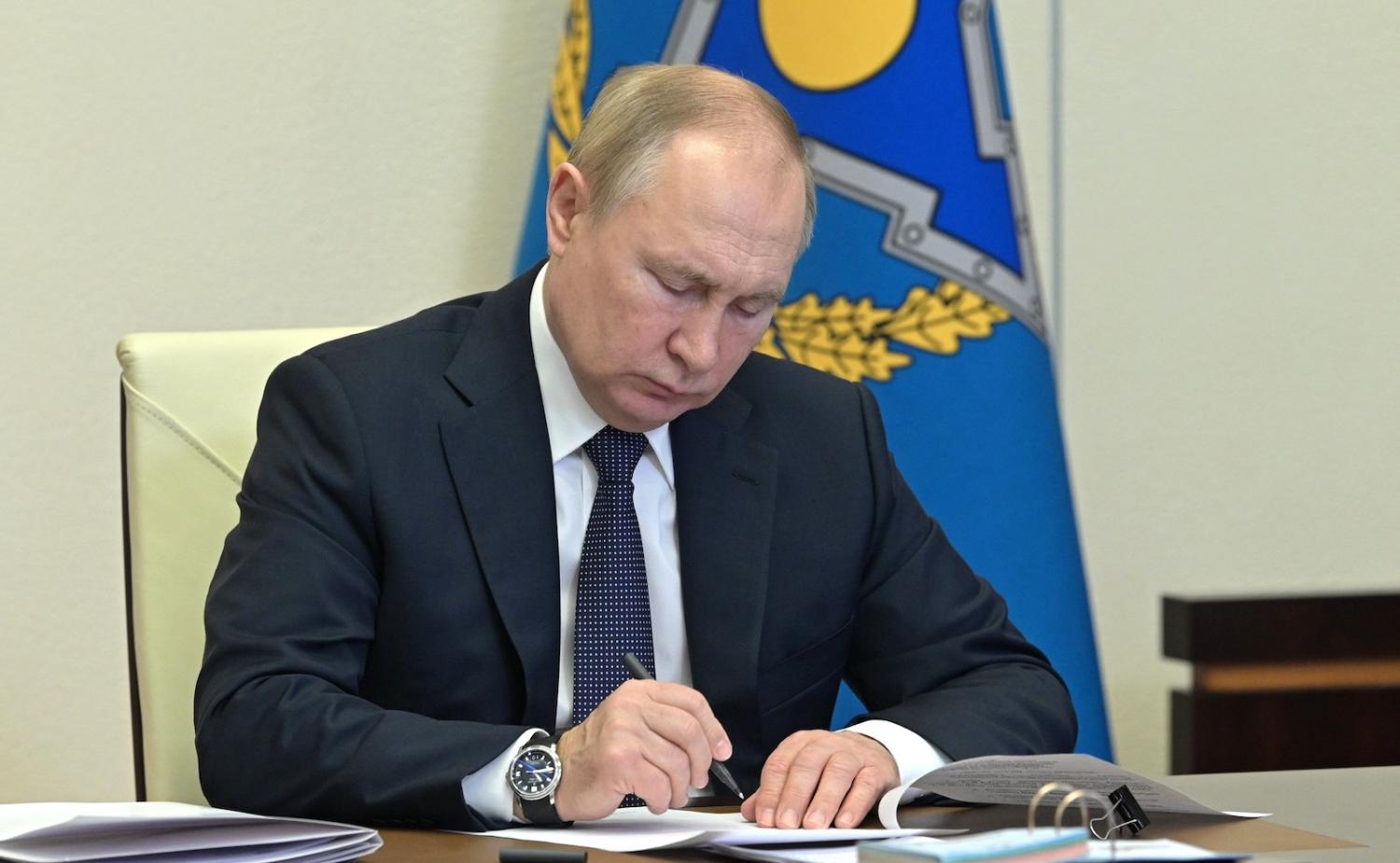 Will Vladimir Putin give the order to invade and occupy? (Kremlin.ru)
Published 21 Jan 2022

The first round of Russia-United States-Europe strategic consultations, held between 10 and 13 January, finished without firm commitments, fuelling ongoing speculation about an imminent invasion of Ukraine by Russia. Claim and counter-claim add to the difficulty of making informed judgements. For example, a report this week by The New York Times about the alleged evacuation of the Russian diplomatic staff from Ukraine prompted the Ministry of Foreign Affairs in Ukraine to state it “did not receive any information from the Russian side”.

So will Vladimir Putin give the order to invade and occupy?

Back in 2014, Russia had a better chance to invade and occupy more of Ukraine beyond Crimea and parts of Donetsk and Lugansk regions. Then, the Ukrainian military had almost no effective fighting capacity: under trained and poorly equipped, morale was at an all-time low. The majority of senior and middle ranking Ukrainian officers were the product of Soviet defence educational establishments, many with at best neutral sentiments towards Moscow, and some willing to change sides (as happened in Crimea).

In 2022, the situation is different. The Ukrainian army has been recalibrated to confront a hostile Russia. The officer corps was cleansed of pro-Russia sympathisers. Individual and unit training as well as exercise activity intensified, with some equipment acquired. Many soldiers have gained combat experience in eastern Ukraine.

This is not to say that the Ukrainian army could expect to repel the Russian offensive. The larger, better trained and technologically advanced Russian force would sweep through rapidly, particularly after gaining air superiority and control of the battle space. However, a military success on the ground may turn out to be a loss in the longer-term. Eight years of confrontation has transformed Ukrainian attitudes towards their eastern neighbour. The Russians are likely to encounter cool reception from locals with the majority considering Russia to be hostile.

Based on its Crimean experience, Moscow would have to commit an astronomical amount of resources as part of the post-war reconstruction, which the Kremlin would find especially challenging, particularly in the face of promised severe sanctions.

Russia will probably accept a hostile Ukraine provided that remains free of any multilateral or bilateral defence commitments with either the whole of NATO or any of its individual members.

Finally, the Russian forces that are massing in the vicinity of Ukraine’s border appear insufficient to stage a full-scale invasion. According to the open source data, the Russians have a grouping of about 127,000 strong arrayed against a reported 125,000 Ukrainian troops in the country’s eastern regions. An invasion force would be expected to be at least three times current levels.

But with all this said, what would be a key driver for Russia to resort to force now?

Russia’s demands ahead of the recent talks to deescalate the stand-off illustrate that the Russian leadership remains preoccupied with strategic geography, a notion the Kremlin has worried over since the end of the Second World War. The eastward expansion of NATO membership since 1998 has shifted the allies’ military infrastructure close to the Russian border, leaving Moscow to view Ukraine and Belarus as the last two major segments of what was once a strategic buffer zone with Europe.

In Ukraine, ideally the Kremlin wants a favourable change of regime, which appears unlikely. Realising that, Russia will probably accept a hostile Ukraine provided that remains free of any multilateral or bilateral defence commitments with either the whole of NATO or any of its individual members. And that hope appears to be beyond what either Washington or Brussels seems prepared to accept.

So Russia could potentially resort to force one of two ways:

The other trigger point could be the introduction of promised sanctions “from hell” against Russia. If applied as a pre-emptive measure, the Kremlin might decide to unleash hell of its own, having nothing more to lose in its already sank relations with the West.

But for the moment Putin will play his favourite game of ambiguity, postulating about strategic geography, all while holding a finger on a trigger. And he is probably thankful for the ongoing media commentary, which inevitably inflicts serious pain on Ukraine’s already struggling economy before any offensive has even been launched.

Previous Article
Australia–Japan defence cooperation in the grey zone
Next Article
Could minilateralism work in the South China Sea?

A White House change of guard could mean Australia needs to reassess its values under a more nihilistic regime.
Daniel Flitton 31 Mar 2020 09:00

From books to cooks: What readers recommend to cope in quarantine

We’ve heard your books recommendations. Now for an isolated weekend, how about your favourite national dish?
John Connor 27 Mar 2019 06:00