A heavy focus on how the US and UK struggled with the pandemic further removed Australians from their neighbourhood. 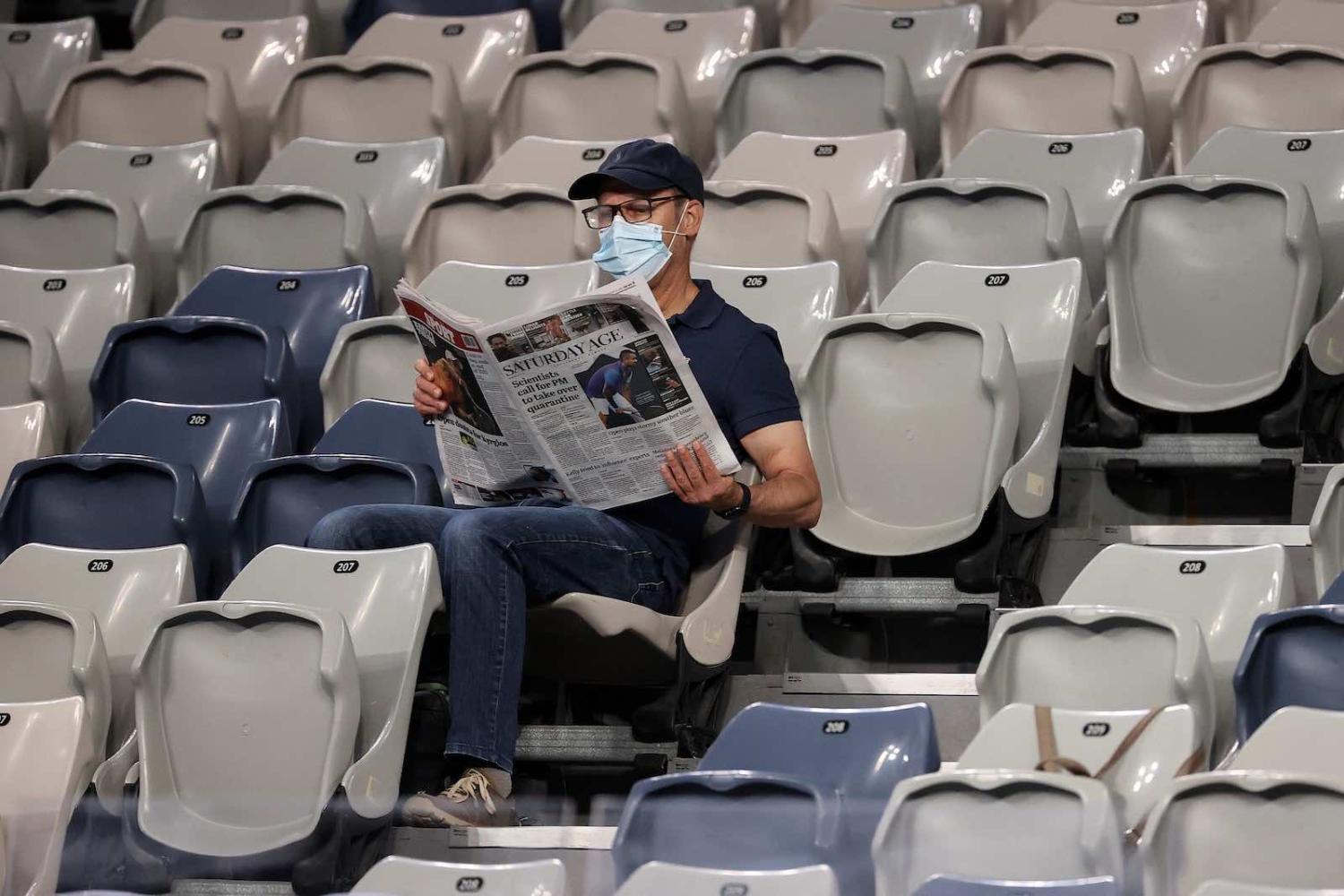 Over summer in Australia we’re featuring selected articles from the past year. This was originally published 2 February 2022.

Covid-19 has been particularly disastrous for the United States, the United Kingdom and Southeast Asian nations such as Indonesia, Malaysia and the Philippines. These countries have experienced extraordinarily high case numbers and deaths, hospitals full and turning away patients, government lockdowns, and morgues and cemeteries needing more space for the deceased.

My study on the Australian mainstream media’s coverage of the Covid-19 pandemic, published in the latest issue of Australian Journalism Review, found that 53 per cent of foreign news stories were about the experience in the US and UK. Southeast Asia accounted for only 5 per cent, despite the growing number of deaths and health disasters on Australia’s doorstep, and South Asia 1.5 per cent.

In a global pandemic where people are suffering and dying from the same disease, it might be expected that the Australian media’s coverage of its region would be more extensive or at least reasonably similar to its coverage of Western countries.

On the ABC’s 7.30, the national broadcaster’s flagship current affairs program, there was no coverage of the pandemic in South and Southeast Asia. During the same three-month period, there were seven features of the pandemic in the United Kingdom on 7.30. In the West Australian, there was one mention of Covid-19 in Southeast Asia. The Covid-19 situation in the Philippines and Malaysia went basically unreported in the Australian mainstream media during this time.

A further indication of Western-centric framing by our news organisations is stories of Australians looking to return home from a foreign country. Stories of (mostly white) Australians “stuck” in the United Kingdom was a common theme across all Australian mainstream media outlets. Stories of Australians “stuck” in Asia were rare. At one point in my research, I was excited to see a headline in a print edition about “How I caught the last chopper out of Saigon”, thinking I’d found a Southeast Asia story, but alas, the story focused on Australians’ departure from London.

There are many ways to explain this, such as a reduction in foreign bureaus, a reliance on official numbers, and the general lack of diversity in Australian newsrooms. My key point here is to reflect on how we might envisage a contemporary Australian audience or readership.

The 2016 Census showed that around a quarter of Australia’s population was born overseas and, as the Sydney Morning Herald reported at the time, “for the first time since colonisation, most of the overseas-born came from Asia rather than Europe”, and “China, India, the Philippines, Vietnam and Malaysia now account for more foreign-born residents than England, New Zealand and mainland Europe”.

Media executives are forever talking about reaching younger and more diverse audiences, but this is often reflected in the tailoring of online content driven by clickbait, rather than offering depth and insight into how our region is operating.

Previous studies on foreign news in Australia found that “news editors do not always give audiences what they want”. Editors tend to believe that their audience and readership are only interested in countries with existing cultural or ethnic ties. As a result, countries within the same colonial group are more likely to cover each other.

Media executives are forever talking about reaching younger and more diverse audiences, but this is often reflected in the tailoring of online content driven by clickbait, rather than offering depth and insight into how our region is operating. Yes, the online world is diverse, and the ABC’s Asia-Pacific Newsroom, for example, provides some useful online content. But the mainstream media often sets the online and social media agenda, and the decline in Asia-Pacific stories, columnists, correspondents and bureaus is an indicator of the declining importance Australia is placing on covering its region.

In this regard, the declining reportage of the Asia-Pacific is indicative of a wider trend in Australian society – that Australia does not systematically prioritise engagement with, or knowledge of, Asia and continues to see itself as solely tied to the events, policies and lives of those in the United States and United Kingdom.

Despite Australians’ increased travel and trade to, and migration from, the Asia-Pacific region, Australian knowledge and expertise of our region is becoming more niche, including in the Australian media. Asian studies and language programs in Australian universities are under considerable financial strain, with many being cut. Indonesian language programs in school and universities – once booming in the 1970s and 1980s – have been in rapid decline since the early 2000s, but have declined further this past decade. Hindi language at Australian universities has gone from six programs to one. Every year, thousands of new university students sign up to an international relations degree in Australia. Few will also think to study an Asian language. Much like our news organisations, their idea of an “international” outlook is dominated by the English-speaking world.

Overcoming this will require a new generation of like-minded people in newsrooms and elsewhere in the country who are ready to drive a more multicultural and diverse Australian media and public discourse – one that is more representative of its place in the Asia-Pacific region.

Previous Article
How China views “strategic competition” with the United States
Next Article
India’s northeast: An integral piece of the puzzle

Coping with Covid-19 as the Tokyo Olympics loom

Postponement looks likely – but a complete cancellation could be disastrous for Japan, Abe Shinzo included.
Roland Rajah, Brad Setser  22 May 2020 10:30