Australia should support India in the Himalayas

If Canberra wants a “comprehensive strategic partnership” with New Delhi, some courageous steps are needed. 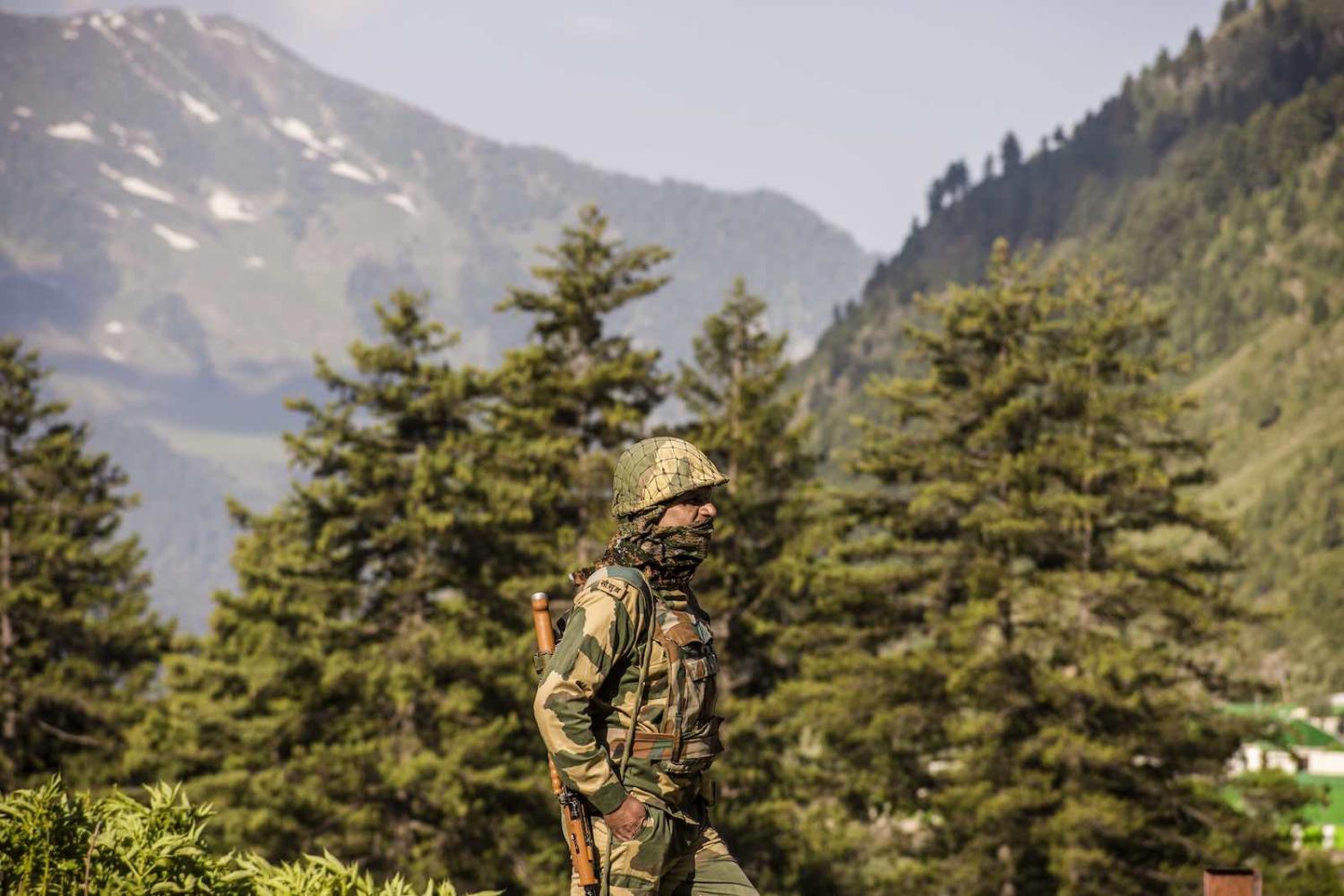 The conflict between India and China on their disputed Himalayan border may be an important turning point in their relationship. Australia should take the opportunity to show firm support for India over the issue.

Last week’s fighting between Indian and Chinese troops in Ladakh was the bloodiest fighting between the two countries since 1967. We may never know the full details of this incident. The Indian military is keeping firm control of information on their side, and Beijing is saying little at all.

The confrontation appears to have been part of a comprehensive Chinese post-Covid strategy that has included assertiveness in the South China Sea and Senkaku/Daikyo islands and cyber attacks against Australia. Beijing seems to have been pushing the envelope on its interpretation of the Line of Actual Control (LAC) in the Himalayas and somehow fighting got out of hand. In broad terms, the incident comes from years of “salami slicing” by Chinese forces along the LAC, with India almost always on the defensive.

This confrontation may signal a sea change in the Sino-Indian relationship. The tactical détente of the last two years is surely over. We’re unlikely to see Prime Minister Narendra Modi and President Xi Jinping strolling arm in arm, as we saw in the summits at Wuhan in 2018 and Mamallapuram in 2019. Correctly handled, this incident could push India substantially closer to its Quad partners, including Australia.

Importantly, despite a de-escalation in fighting, there is a high likelihood of further clashes in weeks to come as each side probes for weaknesses right along the LAC, and we need to be ready for this.

There’s been much talk about building the Australia-India relationship, but in reality it is moving at a snail’s pace.

What can and should Australia do to further its own agenda on the India relationship? While we should be rightly leery of becoming too closely involved in the specifics of someone else’s territorial claims, we must also support key partners against bullying, just as we would like their support in times of need.

US Secretary of State Mike Pompeo set the tone for India’s Western partners by extending his “deepest condolences to the people of India”. A State Department spokesman also pointedly recalled PLA incursions over the LAC in 2014, commenting that “The PLA invaded this contested area … whether that was a negotiating tactic or … just a punch in the nose to demonstrate their superiority, I don’t know”.

Other countries let their Heads of Mission in Delhi do the talking. The Japanese, French, Italian and German ambassadors also offered their condolences. Australia took a similar approach, with Barry O’Farrell, Australia’s High Commissioner, conveying his condolences to the families of the dead Indian soldiers. O’Farrell added, in a barb to Beijing, that “both India and Australia are grappling with the implications of creeping authoritarianism and the risks it poses of democracy, transparency and openness”.

Should Australia take comfort in positioning itself alongside Japan and European partners, or should it seize the opportunity to demonstrate clear support for India?

Foreign Minister Marise Payne’s forthright speech at the National Security College last week seemed to signal a shift in Australia’s approach from “small target” diplomacy to more fearless engagement with the world. Perhaps we should use that principle in building our relationship with India.

There’s been much talk about building the Australia-India relationship, but in reality it is moving at a snail’s pace. The recent Morrison-Modi virtual summit was long on rhetoric and pretty short on substance. Promises to hold 2+2 Foreign and Defence secretaries dialogues and an agreement on defence logistics exchange are useful but are unlikely to add significant momentum to the relationship. If Australia is serious about building a “comprehensive strategic partnership” with India, as is claimed, then it will need to take some clear – and possibly even courageous – steps.

In fact, the Indian bureaucracy has an excruciatingly long memory about which countries have (or have not) supported it at critical turning points. India is not necessarily the easiest country to engage with, but Australia has also sometimes had a particularly tin ear in dealing with New Delhi.

Australia’s loud moralising about India’s 1998 nuclear tests was long trotted out by Indian interlocutors who want to emphasise our untrustworthiness. Kevin Rudd’s imprudent decision to withdraw from the first-version Quad in 2008 – announced in the presence of the Chinese foreign minister – is also long remembered by those who wish to keep Australia at arm’s length (whether or not it is justified in substance).

In contrast, Japan’s public support for India during the 2017 standoff between Indian and Chinese forces at Doklam (when the Japanese ambassador criticised China’s road building activities) is remembered in Delhi as an act of a dependable partner. But the Australian Foreign Minister Julie Bishop, then in Delhi, diplomatically avoided making any statement supporting India over Doklam, preferring to talk about China’s actions in the South China Sea. Why are we still shy of explicitly linking China’s activities in the two regions?

Many will argue that with Australia-China relations at their lowest point for decades, now is not the time to poke Beijing in the eye about the Himalayas. They might well be right, but we need to clearly demonstrate to India in public statements that its relationship with Australia and other Quad countries provides meaningful benefits. As the regional security environment deteriorates, the India relationship will become increasingly important, and we must be prepared to invest in it.

Russia’s invasion of Ukraine puts Saudi Arabia and the UAE in an awkward spot in relations with the United States.
Eduard Lazarus 7 Jun 2021 06:00

If left unchecked, a decline in Australia’s influence will continue quite rapidly over the coming decade.