Scott Morrison, after a torrid summer, now has to contend with big hat brashness inside his junior coalition partner. 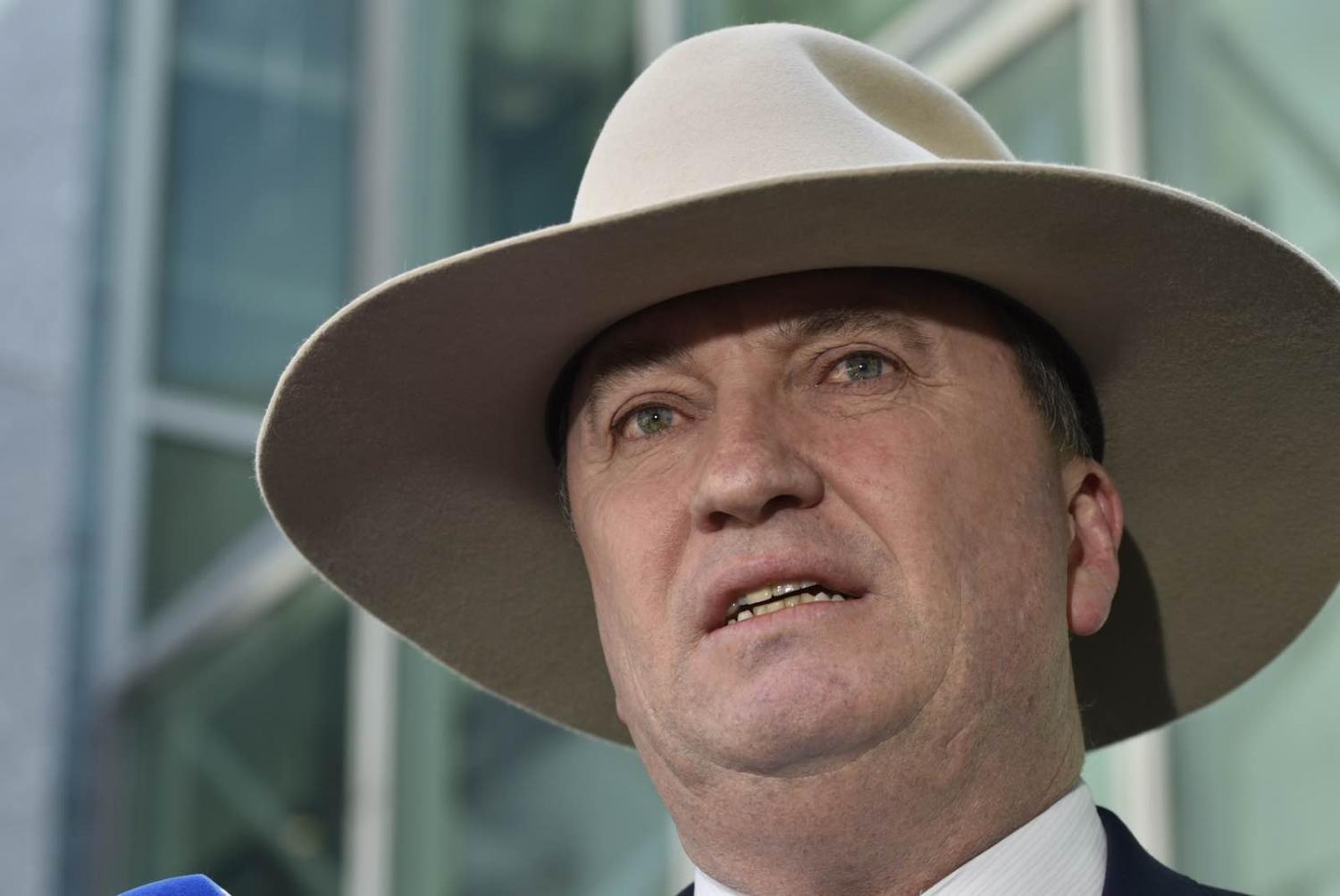 Barnaby Joyce tried to bounce back to the top echelon of Australia politics this week – forcing yet another leadership challenge for a party in government, although unlike the prime ministerial churn for which Australia has become notorious over the past decade, Joyce is from the Nationals, the junior party in the ruling coalition, and he was seeking to return as deputy prime minister.

Readers overseas who even know the name Barnaby Joyce might better recognise him from the celebrity pages, rather than the day-to-day coverage of local politics. Australia’s parliament has long featured a self-styled loud man of the bush where the Nationals enjoy a rural base, with a big hat, big opinions, and regularly as not, a big influence. In 2015, as leader of the Nationals and in the job as deputy prime minister as well as agriculture minister, Joyce had an infamous run-in with Hollywood stars Johnny Depp and Amber Heard, threatening to euthanize the then-couple’s dogs, Pistol and Boo, for slipping past quarantine checks after flying to Australia on a private jet. It’d be hard to script a better tabloid saga.

Still, there is plenty of material. Joyce later hit the local headlines with his own troubles. He ran afoul of the constitutional crisis of who could or couldn’t sit in parliament – it turned out Joyce was a Kiwi citizen by birthright, and therefore ineligible for federal office. He won back his seat in 2017, only to then lose the Nationals leadership and deputy PM’s job months later over a relationship with a staff member and allegations of favouritism, an episode that would see ministerial guidelines for conduct changed and introduce the term “bonk ban” to the political lexicon. Australians do love the vernacular.

Joyce’s comeback might have been quashed for now, but his leadership challenge is a clear reminder of the still friable character of Australian politics.

It was more recent trouble with ministerial guidelines that offered Joyce a chance for a comeback. Nationals senator Bridget McKenzie was eventually pressed to quit her cabinet job on Sunday following weeks of scandal over the allocation of $100 million in community sports grants in the lead-up to the last election, when she was sports minister and the most generous grants found their way to Coalition-targeted seats. Prime Minister Scott Morrison’s handling of the fallout had been called into question, along with a focus on the involvment of his own office in the grants allocation. So with McKenzie gone from the deputy job in the Nationals, Joyce saw a chance to go one better and reclaim the leadership.

His comeback might have been quashed for now, but his leadership challenge is a clear reminder of the still friable character of Australian politics. The Greens party had its own surprise leadership turnover this week, although by comparison appeared far more sedate. True, the Nationals, unlike the Liberal party ­– the largest party in the Coalition ­– and the Labor opposition, have not changed their governing rules to better protect the leader from the kind of internal putsch that saw Kevin Rudd, Julia Gillard, Tony Abbott, and then Malcolm Turnbull undone. Yet Scott Morrison cannot afford to rest too comfortably.

In an article published this week for the Council on Foreign Relations’ Asia Unbound blog, I’ve written on the cost to Morrison’s leadership after the scorching summer of Australian bushfires. The sharp fall in public perceptions of Morrison as the “can-do” man to be quickly derided as someone seen to pass the buck was made all the more remarkable amid the depth of global attention on the bushfire crisis, and the spoiler role Australia has been seen to play in international negotiations about climate change.

Joyce, who sparked his own summer controversy complaining in a Christmas eve social media video about the role of government while feeding the cows and ranting at the sky, clearly believes he still has plenty to offer. He perhaps came close enough to mount a later strike to become Nationals leader, if the reporting of the secret vote tally is to be believed, and he remains popular with a constituency of the electorate. After everything he’d been though, it all seemed so unlikely not so long ago. And should Joyce return, as veteran observers note, the challenge to Morrison in managing a coalition becomes all the sharper.

Morrison might be safe in the top job by the still new rules, but in politics, leadership never seems to be secure.

Like much of the world, Germans watched the election of Donald Trump with surprise and dismay.
Maholopa Laveil 23 Nov 2022 10:00

The recent protests in Iran illustrate the cost of ignoring the vulnerability of the poor.