It is possible to discern a slowly emerging US strategy for dealing amid the tweets of fury. 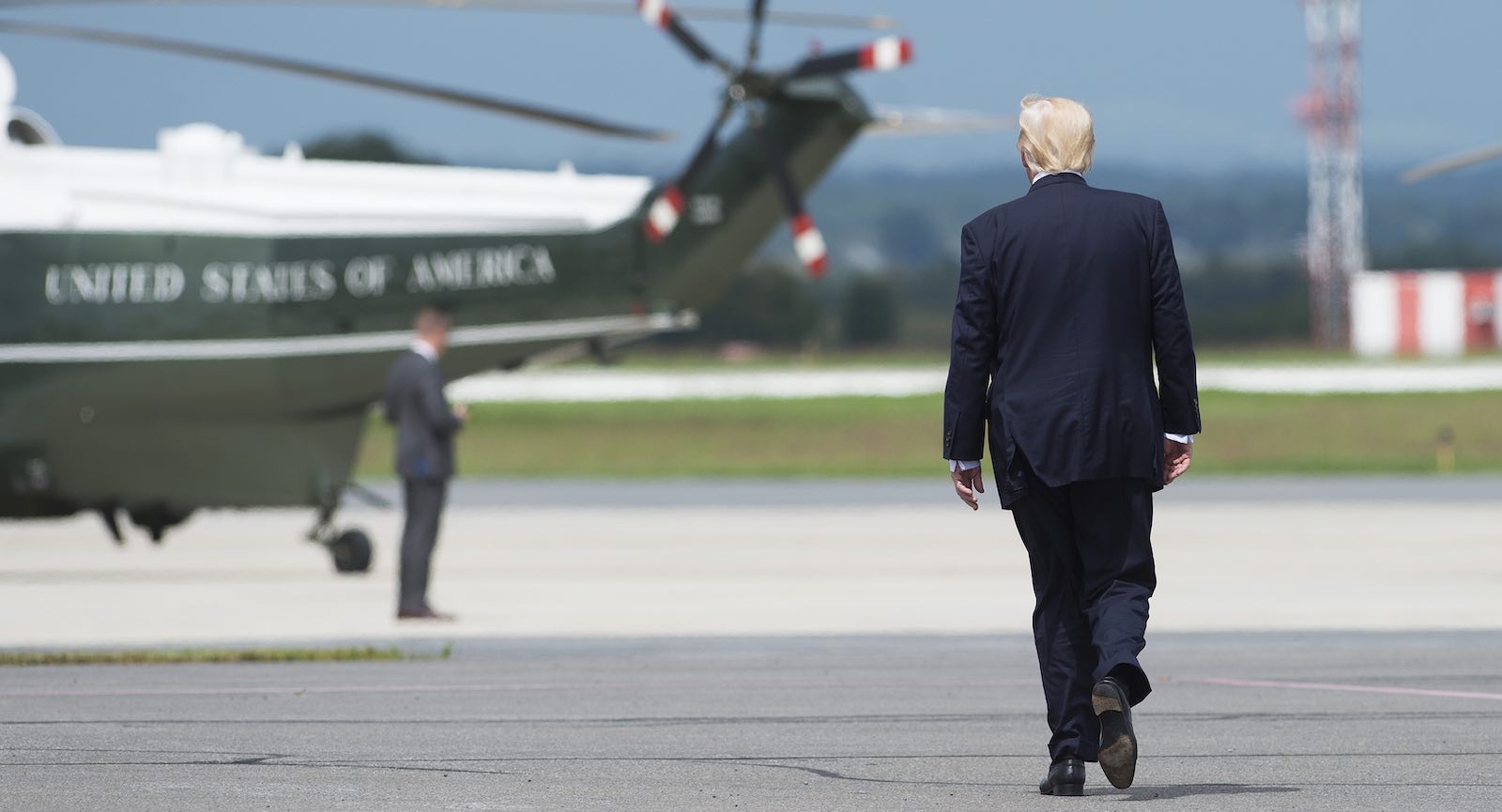 Having an “America First” president elected on the MAGA platform left many Australians anxious about the future of US engagement in our region. But Trump’s tweets and meetings with despots may be distracting from a coherent and almost traditional Republican foreign policy in Asia.

Australians also have come to understand that Trump’s bark is worse than his bite.

When the President takes a close personal interest in something, it hurtles down a chaotic and seemingly irreversible path. It was only three days into his presidency that he pulled out of the Trans-Pacific Partnership, a trade agreement that actually commenced negotiations under President George W. Bush. This continues to be his poorest foreign policy decision to date.

But after the region spent Trump’s first year worrying about US withdrawal from the region, the US security establishment came to furious agreement that China posed a strategic threat. This decision, outlined in the December 2017 National Security Strategy, has yielded coherent policy responses. The strategy articulates a vision for the region where the US competes with, outbids and outmanoeuvres China.

The launch of the trade war admittedly had more to do with Trump’s intention to deliver better trading terms with China than it did a broader strategic contest in the Indo-Pacific. On the Korean Peninsula, Trump has given status to the pariah North Korean dictator and ended South Korean annual military exercises without extracting any commitments to de-nuclearise in return.

But the US administration is not just the President. There are still some experts in the room: the foreign policy establishment is prevailing and US strategy in the Indo-Pacific is not dramatically removed from previous Republican foreign policies.

The Asia Reassurance Initiative Act (ARIA), signed by Trump on the last day of 2018, puts money behind the rhetoric of the National Security Strategy. Though it received minimal attention, the ARIA recommits the United States to its alliance and security partners, but also authorises a further US$1.5 billion in spending in Asia.

The Act also codifies the US commitment to the revived Quadrilateral Security Dialogue, a plurilateral meeting between the US, Australia, India and Japan to promote the rules-based order and a free and open Indo-Pacific. The Quad has its detractors and has generated little more than hype to date. But such high-level meetings between these four countries can be seen as a show of strength at a time when China is posturing. The Quad may even have real teeth at some point – it isn’t impossible to imagine quadrilateral naval exercises or some kind of joint support for ASEAN in its South China Sea Code of Conduct negotiations.

Under Trump, the US Navy has increased the tempo of freedom of navigation operations in the South China Sea and transits in the Taiwan Strait. For the record, it isn’t clear that these have deterred China. But Australians and the broader region should be reassured that the Trump’s election has not ended Obama’s “pivot to Asia”.

There are many more examples of US Indo-Pacific strategy in action. The US-Japan-Australia trilateral infrastructure project falls well short of providing an alternative vision to China’s Belt and Road. But providing financing with accountability and safeguards, and trying to avoid smaller states becoming beholden to large powers through debt-traps ­– this sounds much more like the internationalist United States to which we are accustomed.

Only last week Secretary of State Pompeo provided assurance to the Philippines about the Mutual Defense Treaty and its application to the South China Sea. With a Philippine general election looming and the Philippines warming up to China under its populist leader Duterte, Pompeo’s commitment speaks to an engaged and internationalist United States.

Australians understand that the personality of the US President doesn’t change decades of close relations between the two countries. The 2018 Lowy Institute Poll found Australians to be strongly supportive of the US alliance, despite very low levels of confidence in Trump.

Australians also have come to understand that Trump’s bark is worse than his bite. During Trump’s campaign when election rhetoric was running high, 45% of Lowy Poll respondents said Australia should distance themselves from the United States under Trump. But in 2017 this number dropped significantly to 29% following his election, when Trump did not, in fact, renegotiate our trade agreements, refuse our refugees or make us start paying for troops stationed in Darwin.

So rather than assume US officials are living in fear of the next tweet, we should recognise they are just hoping Trump gets out of the way. For two years, Australians have been concerned by vacant posts in the State Department and Trump’s random and arbitrary threats, but a strategy for the Indo-Pacific is emerging. Even if it seemed implausible on election day, the Trump has found a team that can navigate the increasingly contested space that is the Indo-Pacific.

It might not be pretty, and Trump’s tweets rarely are, but they are in fact sound and fury signifying nothing (at least in policy terms). Regardless of whether we agree that China is the strategic threat the US claims it is, this furious agreement has ensured the fundamentals of US engagement in the Indo-Pacific are as strong as ever.