A quest to find the “magic bullet” is drawing dangerous political lines. Without cooperation, nobody wins. 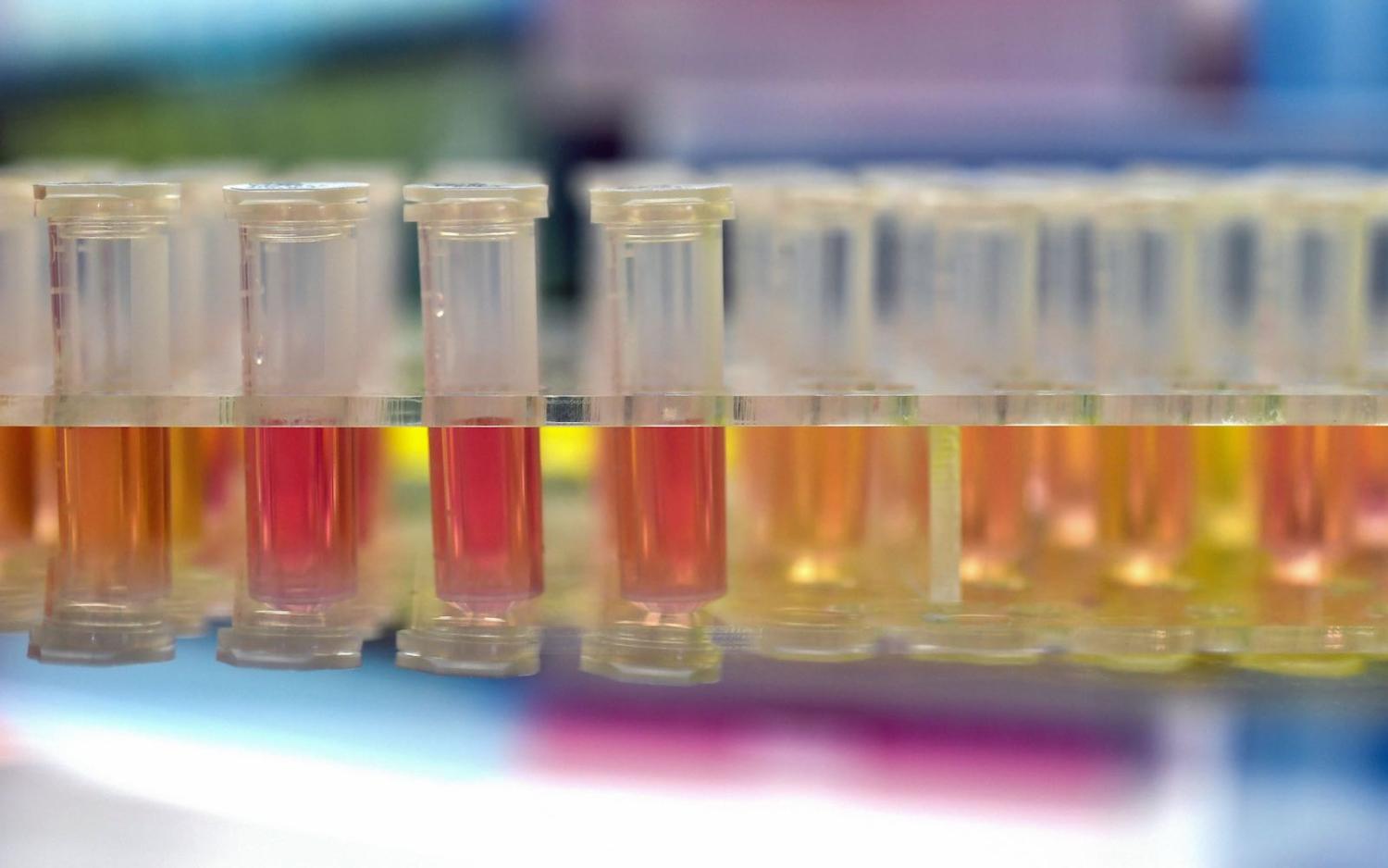 Samples to be tested for coronavirus at the “Fire Eye” laboratory in Wuhan, China, 6 February (AFP via Getty Images)
Published 15 Jun 2022

Leaders of nations around the globe have resorted to the language of warfare to characterise their fight against Covid-19. From US President Donald Trump, who declared himself a “war president”, to China’s Xi Jinping committing to a “people’s war”, to Britain’s Prime Minister Boris Johnson invoking the “bulldog spirit of the Blitz”, to Philippines President Rodrigo Duterte threatening to introduce martial law to fight the virus, and to Australian ministers and officials talking of “winning the war” against the virus, the terminology of battle has been the lingua franca of the times.

A universal threat has evoked a universal language to rally the citizens of the world to the battle the novel coronavirus.Yet, in the face of this common enemy, the world is bitterly divided. There have been ugly fights over who gains access to the materials required to deal with the virus, underhanded tactics to divert desperately needed supplies of masks and protective equipment, borders have been slammed closed and, of course, there is an increasingly dangerous “blame game” over responsibility for the spread of the virus.

“Vaccine nationalism” is a serious threat to the chances of achieving an effective global process for producing and equitably distributing vaccines.

As governments and medical systems intensify efforts to find medicines to treat those infected and vaccines to immunise whole populations, this divisiveness could become even more intense and dangerous. Some have suggested what we have so far witnessed will come to be seen as a sideshow in the race to get preventatives and cures.

As scientists warn that the “war” will only be won by an effective vaccine against Covid-19, a vast international mobilisation of scientific research and testing is underway to find that vaccine. Well over 100 vaccine projects have joined the race to find the “magic bullet”.

But just as the initial unseemly international rush to gain an advantage in the provision of first line of defences against the virus has revealed a divided world without coordination or leadership, the same dynamics are emerging around the search for vaccines.

Most seriously, the quest to be the first to produce a vaccine has opened a new front in the evolving cold war between the United States and China. Both superpowers are pouring huge resources into vaccine research, in quest of being able to pronounce the first successful vaccine as a triumph for their political system. Already it is a dirty game.

Accusations of spying and cyber tricks are already flying.

On 13 May, the FBI and the US Cybersecurity and Infrastructure Security Agency announced that it was investigating the “targeting and compromise” of US medical research groups by Chinese hackers.

“These actors have been observed attempting to identify and illicitly obtain valuable intellectual property and public health data related to vaccines, treatments and testing,” the agencies warned. They urged extreme vigilance by US pharmaceutical and research sectors. UK security agencies issued a similar warning.

Australia’s official security agencies are likewise understood to have seen evidence of significant state-linked cyber activity targeting research institutions and the agencies have stepped up efforts to protect Australian organisations.

Australian researchers at the University of Queensland, the Peter Doherty Institute for Infection and Immunity and the CSIRO are jointly involved in one of the leading vaccine prospects.

It is not just the superpowers that are involved in this cyber activity. Russia and Iran have been identified as sources of state-directed cyber snooping, as have a host of non-government players.

But it is the US-China rivalry and the risk that vaccines may become geopolitical weapons that most worries health professionals and policymakers in the rest of the world.

“Vaccine nationalism”, warns Jane Halton, the Australian chair of the major international body seeking to bring order to the global search to find vaccines, is a serious threat to the chances of achieving an effective global process for producing and equitably distributing vaccines.

Halton chairs the Coalition for Epidemic Preparedness Innovation (CEPI), a World Health Organisation (WHO) associated body charged with leading the search for and, ultimately, the global distribution of Covid-19 vaccines.

"If we have vaccine nationalism and one country looks after itself first, and at the expense of the rest of the world, everyone is going to continue to suffer," Halton said this week in an address to the National Press Club.

While Halton did not name any countries, my own discussions with people involved in the quest for a multilateral approach to vaccination development have revealed their alarm over the risk that the US and China will disastrously politicise the process.

Trump’s Operation Warp Speed – his direction to US researchers to produce a vaccine by the end of the year – is being seen as a Covid-19 extension of his “America First” political agenda. There is an expectation in international organisations that Trump will want to vaccinate Americans first with an American vaccine, and that he desperately wants a vaccine before the US Presidential election which he could boast as a victory over China.

But if China “wins the race”, there is concern that it could use the offer of vaccines to desperate governments as an instrument for gaining wider global influence.

Those involved in trying to ensure that the first vaccines that emerge are treated as “global public good” products are concerned that the retreat from multilateralism that has occurred in recent years will be bad news for those in less wealthy countries without the possibility of developing their own vaccines.

“It’s a very bad time for multilateralism to be under siege,” a former adviser to US presidents Bill Clinton and Barack Obama told the Financial Times. “But it’s the most dramatic example of why multilateralism is absolutely essential. A global plan without some of the main powers is not a global plan.”

But few involved in the international diplomacy aimed at trying to encourage a multilateral vaccine response see much chance of it, especially with Trump freezing US funding to the WHO and now threatening to pull out of the organisation altogether.

In a sign of potential US intentions, US delegates to the WHO’s World Health Assembly in Geneva on 18 and 19 May refused to sign up to a proposed agreement by all countries to permit poorer countries to ignore patents to gain access to successful Covid-19 vaccines. The US argued that this would remove the financial incentives for corporations to make the risky and expensive investments required to produce vaccines.

Acting on Trump’s “Operation Warp Speed” direction to US agencies and pharmaceutical corporations, the publicly funded US Biomedical Advanced Research and Development Authority (BARDA) has been negotiating with up to 14 US and foreign drug companies for agreements to supply vaccines to the US. One of those being funded by BARDA is French company Sanofi, whose CEO got into political trouble with the French government when he said the US would have the right to have priority for any vaccine Sanofi developed with US financial assistance.

Other countries, including the UK, have negotiated deals with drug companies to get priority access to their vaccines.

The European Union, which is leading efforts to ensure wide access to proven vaccines, trailed behind the US and China in providing funds for vaccine development. It has now launched what is called the Access to Covid-19 Tools (ACT) Accelerator, which is funded by the EU, individual governments and philanthropic groups such as the Bill and Melinda Gates Foundation. Through the ACT Accelerator, the Jane Halton–chaired CEPI is seeking agreements with potential vaccine providers on a “global public good” basis, with the goal of global vaccine provision. The highly prospective University of Queensland/CSIRO/Peter Doherty Institute “molecular clamp technology” vaccine project is one of these.

Officials involved in the effort to avoid a repeat of the experience of the development of swine flu (H1N1) pandemic in 2009, when wealthier countries – including Australia – monopolised the initial global vaccine supply, believe that the best chance of avoiding that happening with Covid-19 is uncertainty about the science for a vaccine. They say that it will be highly risky for the US and China to rush to try to be first and find that they don’t “win the race”. It would be more prudent for them to be part of wider efforts to develop a vaccine, something at least China pledged to do when it committed recently to provide $US2 billion to international counter-Covid projects.

A measure of the willingness of the big powers to come together in the “war” against Covid-19 will come at the next G7 leaders’ summit, scheduled for 11 and 12 June, which is to be chaired by Trump and may involve leaders travelling to Washington instead of, as had been planned, being an online virtual meeting. A hook-up with other leaders in the G20 is also possible, which would see Australian Prime Minister Scott Morrison participating.

Australia, which took a leading and controversial role in the mobilisation of support for an international inquiry into the origins of the Covid-19 virus, has so far not played a role in efforts to ensure an equitable global distribution of any Covid-19 vaccine. This has invariably led some observers to wonder if Australia may choose to seek, through its alliance with the US, to ensure it gets priority access to a vaccine.

Ahead of the G7 summit, in an article published in Journal of the American Medical Association, leading US health and foreign policy experts laid down a challenge to world leaders:

If nations pursue a competitive race to develop effective vaccines and therapeutics, there will be only losers, no winners. The threat posed by the novel coronavirus knows no borders. Only a well-coordinated global plan that harnesses the best science and delivers it to everyone in need can effectively counteract the Covid-19 scourge and future pandemics.

Previous Article
Islands of opportunity: Where India and Australia can work together
Next Article
​​​​​​​COVIDcast Episode 12: Pandemic, emerging markets, and US dollar

The scramble for the ballot box where the boundaries are redrawn at every election and the PM controls the timing.
Sam Roggeveen 20 Dec 2017 09:36

What was said (and, just as importantly, not said) in Australia hints at early intelligence assessments of Covid-19.