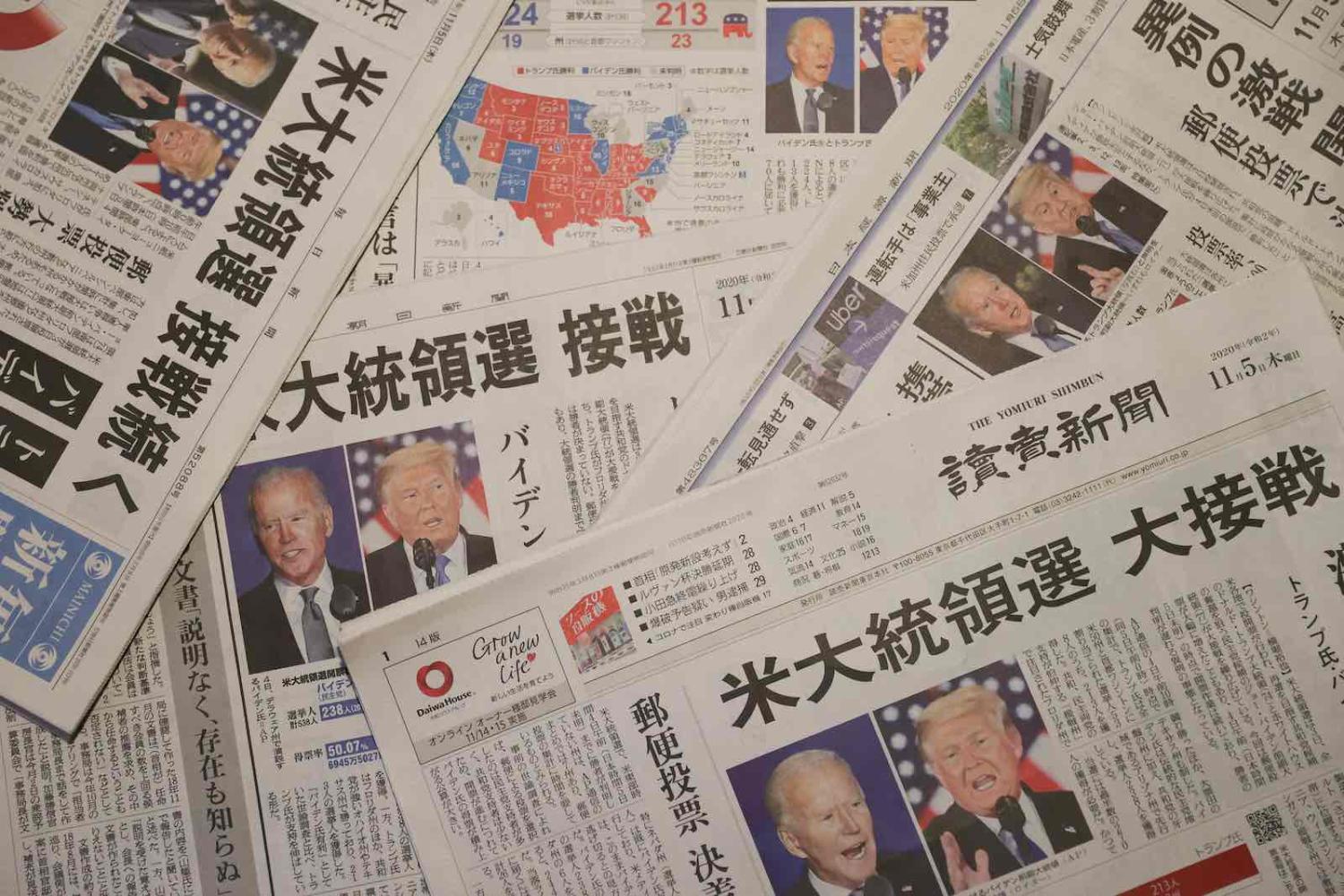 US elections are as closely watched in Japan as they are in Australia. In November 2016, Japan’s Prime Minister Shinzo Abe made the effort to visit president-elect Donald Trump at Trump Tower only days after the presidential election result was released. The key reason for Abe’s visit was that Trump and his advisors were not part of the traditional US political elite, and Trump’s maverick agenda perplexed and concerned US experts in Japan familiar with Washington through long association and extensive networking.

In essence, Abe and advisors wanted to get a handle on Trump, and over time Abe became the only world leader to succeed in constructing an effective and long-lasting working relationship with the US president.

No doubt, dealing with an incoming Biden administration will be an easier task for current Prime Minister Yoshihide Suga. Biden is well-known and it is anticipated that many of the key positions will be filled by highly experienced people, many of whom served formerly under Barack Obama. While the restoration of traditional alliance diplomacy under Biden will bring a sense of normality into bilateral relations and, with it, a sigh of relief in Tokyo, as elsewhere, there are numerous challenges for Suga.

Biden notably marked the most recent Hiroshima anniversary with a vow to work for the abolition of nuclear weapons.

A key challenge is to ensure that Japan remains a high priority area for US foreign and strategic policy. A fear within Tokyo circles is that Biden will downgrade relations with Japan due to a focus on domestic issues and a less hard-line position on China than Trump. Kunihiko Miyake, President of the Foreign Policy Institute in Japan, for example, pointed out that moderates as well as conservatives in Japan are concerned that a Biden administration would revert to a policy of “being too soft” on China. This should not be the case, however. There are clear indicators from Biden that he will maintain a tough, though perhaps more nuanced, position on China and thereby continue to promote and strengthen the Quad and strategic networking with pro-US countries in the Asia-Pacific.

This should be good news for Japan and Australia. Indeed, Prime Minister Scott Morrison will be visiting Tokyo soon to discuss additional security arrangements believed to allow more joint training between the two countries, a development that will be well received in Washington.

Although Biden is expected to place pressure on Suga to pay more for US bases in Japan as part of alliance burden-sharing commensurate with Japan’s gross domestic product (GDP), it will be done within established frameworks. He will not resort, as Trump did, to threatening the withdrawal of US forces from Japan if the Japanese government does not purchase a massive amount of US military hardware, especially F-35 aircraft.

On North Korea, there is an expectation of a return to more traditional US responses to North Korean nuclear and missile threats, which will be very welcome in Tokyo. Given that Trump’s bungled efforts at resolving the Korean imbroglio have led to legitimising and emboldening the North Korean regime, it is unlikely that Biden will follow the Obama “strategic patience” policy. Biden’s strong connections with South Korea might offer clues to the Japan-US alliance system response to Pyongyang. Suga’s challenge will be to ensure that American policy will include close consultation with Japanese counterparts.

On the trade front, the main challenge for Japan is harsh demands in trade talks, including the Comprehensive and Progressive Agreement for Trans-Pacific Partnership, the resurrected Trans-Pacific Partnership. Junichi Sugawara, a senior research officer at Mizuho Research Institute, believes that Biden is expected to focus on raising the competitiveness of domestic industries, which will have an impact on trade negotiations skewed towards improving key sectors in the US economy. Long-time observer Takashi Terada contends that if Biden opts to join the CPTPP, that would mean Japan and the United States would no longer need to conclude trade talks bilaterally. Even in the TPP framework, however, Japan would probably still need to make concessions in the agricultural sector.

The Biden administration will also present Suga and his foreign minister Toshimitsu Motegi with new opportunities. Biden has already indicated that the US will rejoin the Paris Agreement on climate change, which is in alignment with Japanese policy and will be well received in Tokyo.

Another example of a new opportunity for Suga is renewed interest in nuclear disarmament. Trump scrapped the Intermediate-Range Nuclear Forces (INF) Treaty in 2019 and suggested that the United States should resume nuclear testing this year. Biden, in sharp contrast, is keen to facilitate the progress of nuclear non-proliferation and disarmament that he began with Obama and notably marked the most recent Hiroshima anniversary (6 August 2020) with a vow to work for the abolition of nuclear weapons. His comments have raised expectations within Japan, including among A-bomb survivors (known as hibakusha), that a Biden administration will endeavour to persuade nuclear-armed countries to reduce the stockpiles and to promote abolition of nuclear weapons. Certainly Biden’s nuclear disarmament diplomacy will encourage and support Japan’s long-held and cherished goal of nuclear non-proliferation and disarmament.

So what does a Biden administration mean for Japan? Although there will be changes, overall the new developments will be warmly supported in Tokyo, as the essentials remain unchanged. The transition from Trump to Biden for Japan represents a change in style and substance that fits comfortably with leadership in Tokyo.

Facing uncertainty of where “strategic competition” is headed, first look for the ideal outcome.