The pandemic has blown the referendum result off front pages – but that doesn’t make the challenge any easier. 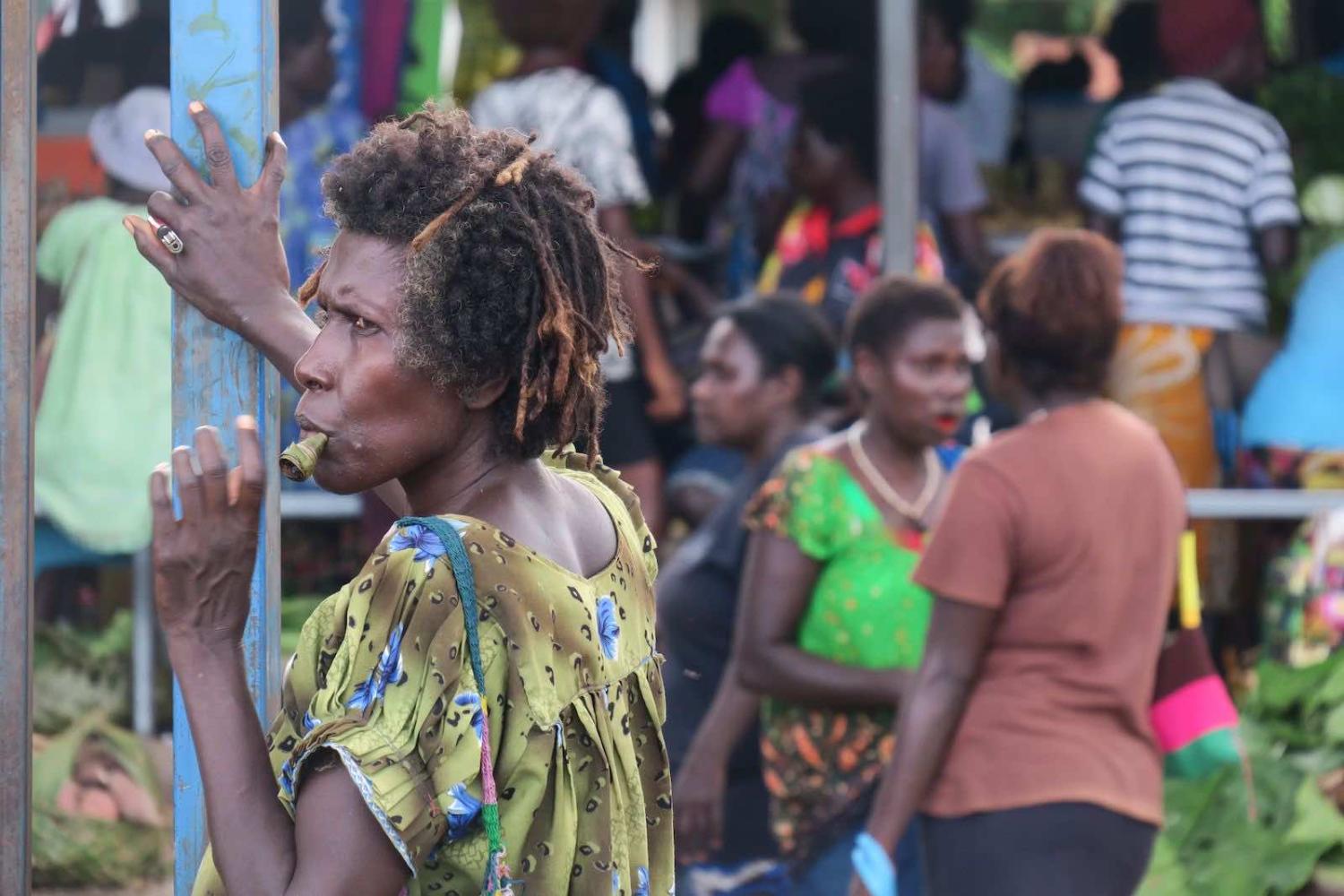 After another year of global uncertainty and disruption, spare a thought for the people of the Autonomous Region of Bougainville, the majority (97.7%) of whom voted for independence from Papua New Guinea in a 2019 referendum.

Despite the convincing result, a key plot twist is that the vote was non-binding and subject to ratification by PNG’s parliament. Important contextual background is that during the peace process, Bougainvillean leaders were persuaded by international players, including Australia’s then Foreign Minister Alexander Downer, to agree to a non-binding referendum. Bougainville was assured the international community would pressure PNG to honour an independence vote.

The splurge of “here’s what you need to know” media explainers about the potential “birth of a nation” were short-lived.

With public attention now largely focused on the surge of Covid-19 cases across PNG, which triggered a two-week lockdown in Bougainville, the autonomous region’s potential independence has arguably taken a backseat in public commentary. The splurge of “here’s what you need to know” media explainers about the potential “birth of a nation” were short-lived, and international observers on the ground during the referendum have long since returned home.

Given the history of weak coordination between the PNG and Bougainville governments on implementation of the 2001 peace agreement, losing focus on Bougainville risks further delays to an already lengthy and complex process. Among outstanding issues are intergovernmental finance arrangements, drawdown of powers from the National Government to the Autonomous Bougainville Government, and a joint review of autonomy.

The two governments are now in period of constitutionally mandated post-referendum consultations and have agreed to a timetable for the transfer of further powers by 2023 with full independence in 2027. But the first consultation wasn’t held until almost 18 months after the referendum result was announced. Reasons for delay include political processes and challenges on the Bougainville side, but also a lack of PNG focus and preparedness. Crucially, the Bougainville Peace Agreement, which sets out the “Agreed principles for the Bougainville Referendum”, does not prescribe a timeline for the consultation period, nor a deadline for approval needed by the national parliament as the final decision-making authority.

The international community has an important role to play in keeping Bougainville on the national agenda. Political representatives on the Bougainville side are deploying their own tactics. For example, Central Bougainville MP, Sam Akoitai has warned national parliament of another unilateral declaration of independence by the people if the result is not honoured. Others, such as Vice President of the ABG, Patrick Nisira, have urged Bougainvilleans to remain steadfast as they enter another challenging era of political uncertainty. Perhaps more affirmingly, North Bougainville MP William Nakin has thanked all past leaders and singled-out current Prime Minister James Marape for prioritising the Bougainville issue compared to previous years.

It is crucial that in the midst of new emergencies, dialogue on resolving crises from the past and their implications for the future are not lost.

Following intergovernmental talks in Wabag in July, Marape flagged the possible significance of Bougainville’s separation from PNG to be overshadowed by Covid-19. Marape described Bougainville’s trajectory towards independence as the biggest challenge facing PNG – bigger than the pandemic and the economy.

A long-held and well-publicised fear among the PNG political elite, including Governor General Sir Bob Dadae, is that an independent Bougainville could set a precedent for other provinces to also “break away” and threaten national unity. This also appears to be a fear held by Papua New Guineans in the broader population. For example, in a small, preliminary study involving 21 university students on Papua New Guinean responses to the Bougainville referendum, we were told of concerns that:

“… there’s the very real possibility it [Bougainville independence] will have rippling effects on the desire for autonomy from other of PNG’s resource rich provinces who feel they presently have the shorter end of the straw in terms of tangible development from money made from their resources. They no doubt are watching this with anticipation.”

While the dominant implication of an independent Bougainville for PNG is often portrayed in terms of economic losses from the region’s mineral, cocoa, copra and fishing resources, we have been interested to learn of concerns relating also to a potential “cultural loss” for PNG’s national identity. As the following quotes from our interviews illustrate:

“… you know they have that beautiful culture that makes PNG more colourful and more diverse. So, that’s one thing when they break away, we will lose some part of our culture.”

“… As a Papua New Guinean, seeing Bougainville get independence, I really don’t like to see this. We’ve been living together more than 45 years.”

For outside observers, this might seem odd given the racial undertones of a conflict in which skin-colour was used as a marker of unity and difference. While the darker skin colour of Bougainvilleans means that those working and studying on the mainland can, on occasion, report feelings of marginalisation, their involvement in cultural events, particularly via the performance of bamboo drums, are widely recognised as a “crowd favourite”.

It is also common to see the flag of the Autonomous Region of Bougainville flying alongside provincial flags outside stores across PNG. While such gestures may seem minor or consumerist, they do seem to reflect a sense of pride that Papua New Guineans feel towards their extraordinary cultural diversity, including Bougainville.

The seriousness of the twin health and economic crisis currently being experienced in PNG (and elsewhere) cannot be underestimated. But it is crucial that in the midst of new emergencies, dialogue on resolving crises from the past and their implications for the future are not lost. Bougainville has convincingly stated its readiness for independence and the international community has a promised role to play in keeping it on the national agenda.

Australia’s future international public broadcasting should be placed in the hands of a new independent body.
Melinda Rankin 13 May 2019 14:00