John Momis towered as a figure in both PNG on Bougainville, but his time as president seems to be fast running out. 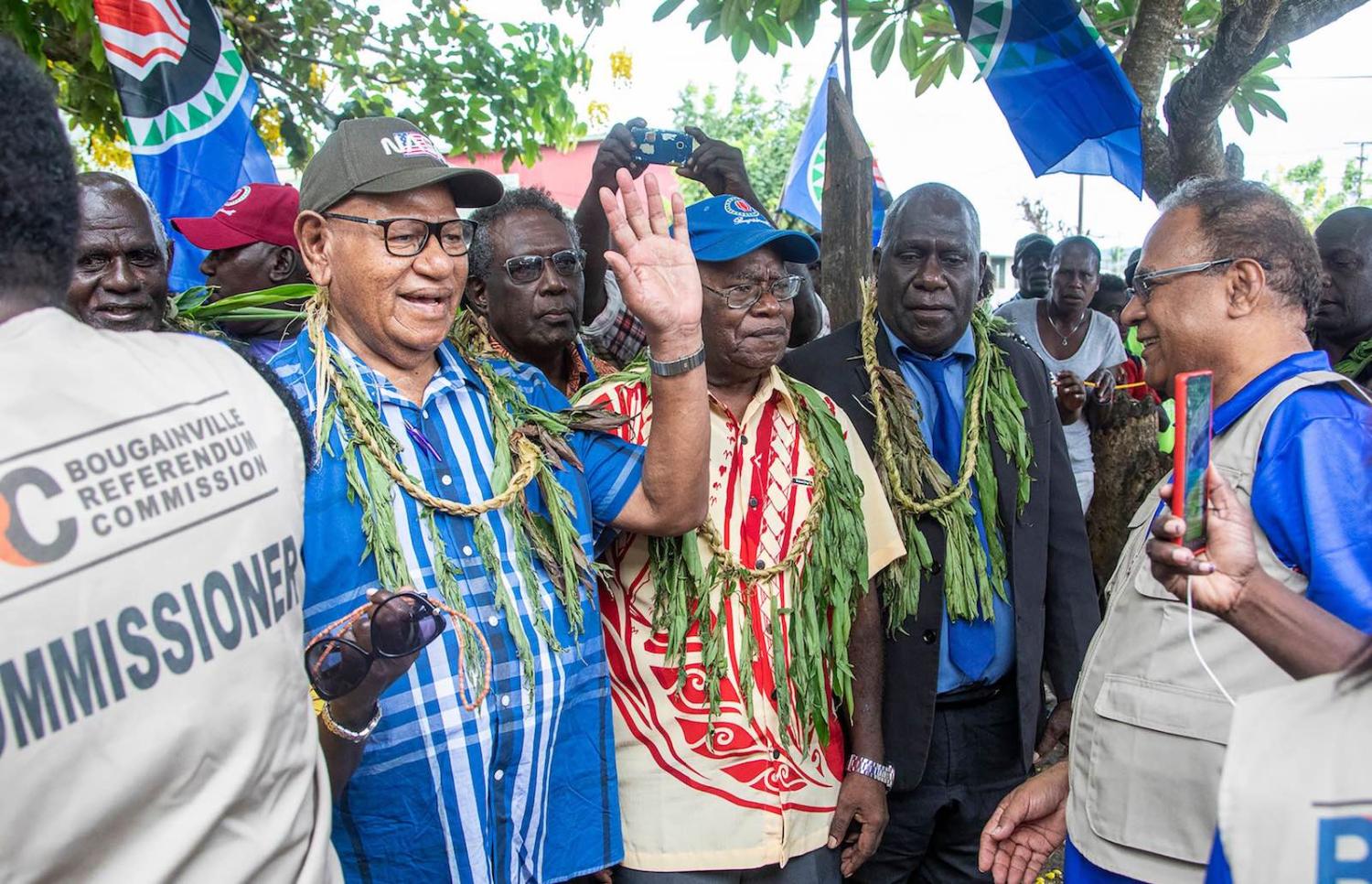 Bougainville’s president John Momis has long been a towering figure in local politics. President for two consecutive terms since 2010, he was a leading instigator of the archipelago’s early secessionist movement in the 1970s while still a Catholic priest, then an important facilitator during the protracted peace process in the 1990s, and later governor from 1999 to 2005.

He has also been a towering figure in Papua New Guinea’s politics, chairing the committee which drafted PNG’s constitution in the lead up to independence in 1975, and representing PNG as its ambassador to China from 2007 to 2010.

In short, Momis is a respected elder statesman of PNG the nation, and Bougainville the autonomous region.

So the news that Bougainville’s House of Representative last week rejected a motion to extend the term limits of a sitting president from two to three raises the question – are the winds of generational change blowing through Buka?

Whatever it signifies, it means that Momis won’t be president after Bougainvilleans go to the polls later this year to elect a new autonomous Bougainvillean government (ABG). The motion to ease the limits on the presidential terms of office was narrowly defeated 25 to 27, with a group describing themselves as Block14 instrumental in achieving the defeat.

In what could be seen as a reality-checking tone, Momis reminded Bougainvilleans in his speech at the opening of Bougainville’s parliament last week that getting independence was no easy task with the focus to be on negotiations and consultation.

Momis has not yet commented publicly on the motion’s defeat but it comes after a tumultuous few months for this archipelago. In November last year, Bougainvilleans voted overwhelmingly for independence in a referendum which was at the heart of the 2001 Bougainville Peace Agreement that brought an official end to the bloody civil war that lasted from 1988 to 1997.

Yet, despite the very clearly expressed will of the Bougainvillean electorate at the referendum, the final word on independence rests with the Parliament of PNG. The Peace Agreement gives scant guidance on how the post-referendum phase should be managed and simply states that the “outcome of the referendum will be subject to ratification (final decision making authority) of the National Parliament” ­– although it also stipulates that the National Government and ABG will “consult over the results of the referendum”. In the wake of the results, Momis called on the PNG government to jointly establish a treaty commission to supervise the consultation process.

However, a speech made by PNG’s Prime Minister Marape during a visit to Bougainville in late December raised concerns in some Bougainvillean quarters that independence may get derailed as the Prime Minister asked for patience while both parties worked through the process.  This call for patience was repeated by Marape just this week during his visit to New Zealand, where he hinted that it could be up to five years before the PNG parliament decided on Bougainville’s future.

And in what could be seen as a similar reality-checking tone, Momis reminded Bougainvilleans in his speech at the opening of Bougainville’s parliament last week that getting independence was no easy task with the focus to be on negotiations and consultation. Politically, this is a difficult message to convey to a population that has fought hard for independence.

The other difficult issue that Momis has been wrestling with in recent months relates to the Panguna gold and copper mine, which in the 1970s was one of the world’s largest, accounting for close to half of PNG’s exports. Disputes linked to the mine’s environmental issues, royalty payments and land rights were the spark which ignited the bloody conflict and resulted in the mine’s closure in 1989. It remains closed. Momis has locked horns with an Australian mining company, RTG Mining Inc, which has ambitions to re-open the mine.

According to RTG’s website, the company is in a joint venture with the Special Mining Lease Osikaiyang Land Owners Association (SMLOLA). The website maintains that SMLOLA are the landowners that now own the mineral rights at the Panguna mine under Bougainville’s Mining Act. RTG says they are the landowners’ developer of choice.

In January, Momis accused RTG of lying to the Australian Securities Exchange (ASX) over its plans to reopen the mine. He acknowledged that RTG was a joint venture partner with SMLOLA but said that all current mine affected landowner associations, including SMLOLA, were illegal, null and void. As a result, SMLOLA have no legal rights over Panguna. Momis said his government would not rest until all RTG and their executives were banned for life from Bougainville and PNG.

Bougainville-imposed travel bans have been in place since October 2018 although RTG has advised the ASX that its executives were not banned from travelling to PNG, as the national government has constitutional authority over border control for the country including Bougainville.

What remains clear from this ongoing public brawl between the ABG and RTG is that the tensions over land and mining rights in Bougainville have not been resolved. For Momis, who turns 82 next week, perhaps the winds of change which blew through Bougainville’s parliament last week are timely.

But he may not take solace from the fact that the same parliamentary sitting that rejected the amendment which could have seen him as the president of Bougainville for another five years, unanimously passed a motion to extend from two to three the term limits for three ex-combatant seats.

‘Whoever is uprooted themselves,’ wrote Simone Weil, ‘uproots others.’ France will not be a happier country five years from now if the only legacy of a Macron presidency is further uprooting.
Rodger Shanahan 15 Oct 2021 09:30