The story of a Russian massacre in the Ukraine town needed to be told. And like all images, context is important. 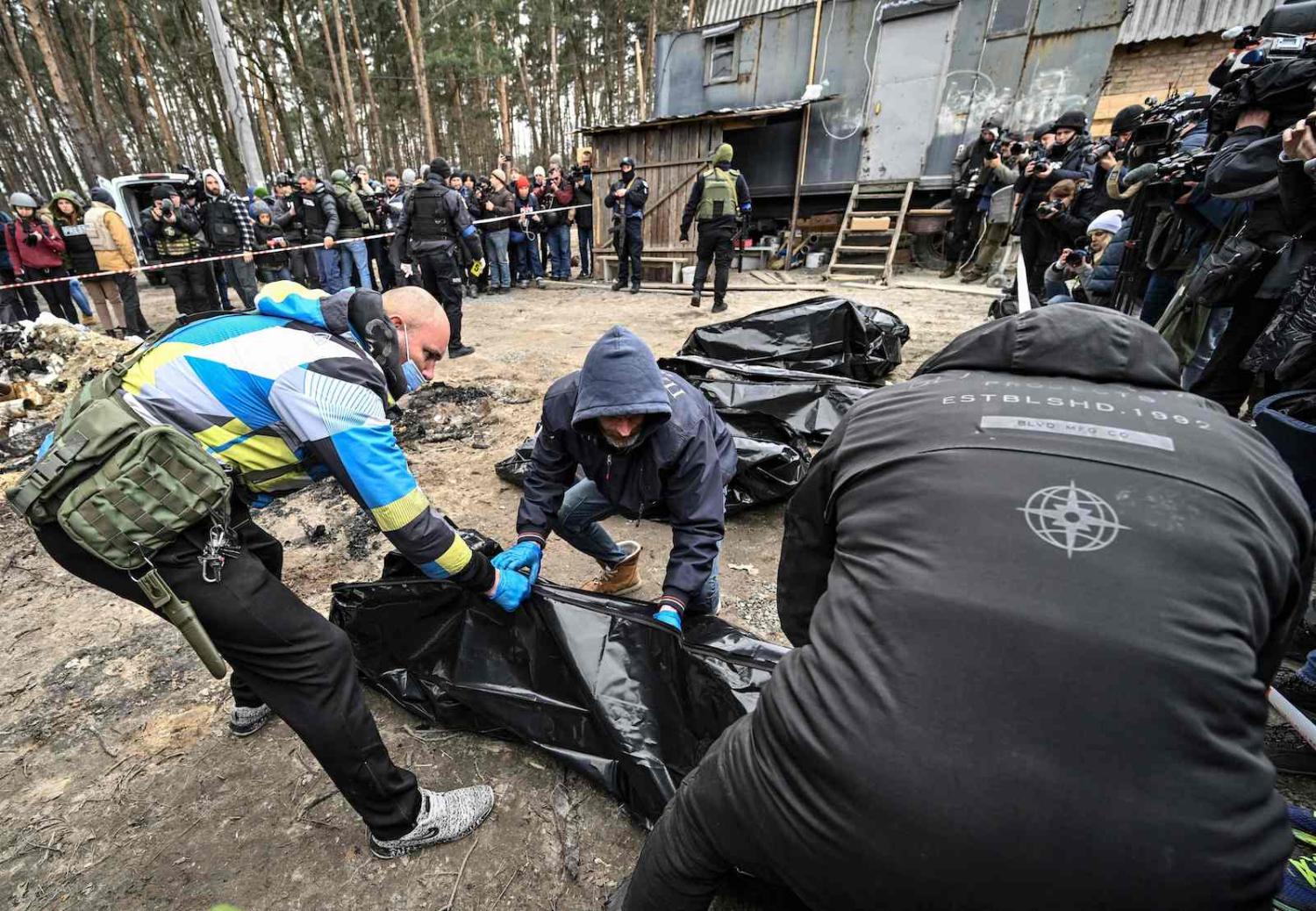 The modern history of war is punctuated by images so shocking that they alter public discourse, turn opinions, or sometimes successfully, change the trajectory of a conflict.

Warsaw Ghetto Boy (1943), possibly taken by Nazi photographer Franz Konrad captured the impending reality of the fate of millions of Jews in a single child’s face. Napalm Girl (1972), by Nick Ut, became symbolic of the atrocities committed in the Vietnam War and spurred the anti-war movement. The image of the lifeless body of three-year old Kurdish boy Alan Kurdi on a Turkish beach in 2015, by Nilufer Demir, singly changed European and Australian policy on welcoming Syrian refugees.

Following the Russian massacre of civilians in the town of Bucha on the western edge of Kyiv early this month, images of shocking brutality and undeniable evidence of war crimes have become ubiquitous. Reporters were able to get to the scene within days of the Russian retreat, enabling thousands of graphic images of civilians killed at close range to be broadcast and published, along harrowing eyewitness testimony. And they commanded a response.

Shock and anger turned to outrage overnight. The massacre provided immediate impetus for the United States and its Western allies to step up sanctions, while there were new calls to ban the import of Russian gas. Evidence of war crimes may be submitted for investigation by the Hague. Russia was booted off the UN Human Rights Council. Even anecdotally, it seemed, those who had taken a passing interest in events in Ukraine were moved to calls for action: more needed to be done, now.

Amid the outrage, the Russians tried to change the narrative. Incredulously, Russia claimed the images were staged and that the reportage was fake.

As the information war ramped up, another image circulated. This one, part of a set by Boris Korpusenko for the news publication Vechirniy Kyiv, shows a crowd of press reporters and photographers that descended on Vokzalna Street in Bucha on 5 April – a few days after the Bucha massacre had first been covered by other reporters, as set out in this AFP Fact Check. Korpusenko’s image was later posted to the Twitter account of the Russian embassy in France. There is no suggestion the image formed part of a coordinated media campaign by Russian authorities, but nonetheless, Russia sought to fit it to its narrative.

As journalists covering other wars will attest, one of the most dispiriting aspects of the job is the sense of futility.

Crowded around the mangled wreckage of Russian tanks, the press pack swarmed, dressed in flak jackets and helmets, pointing cameras in every direction, on top of one another. Three photographers crouch around a stray cat in the midground, trying to get a perfect shot.

The sheer numbers of reporters was surprising – the moment that captured a group surrounding a cat even ridiculous. But the discomfort engendered by image stems from the fact that it conflicts with the notion of war reporters merely bearing witness. Instead, they appear exploitative, like vultures – or perhaps exploited, herded.

Moreover, the image conjures doubts the authenticity of the story told elsewhere. Seasoned war reporters on closed groups on social media initially doubted the image was even real, given the number of journalists in the frame. Like all photos, understanding the context is important. It has been confirmed that the image is real. Other photos by separate photographers at the time show a large group of journalists lined up against a taped off area while human remains are lifted into body bags.

The tweet has since been deleted. Russia’s embassy in Paris has form, having made several provocative tweets in recent weeks, one claiming “Film set, Bucha town” leading the French foreign ministry to call in the ambassador to complain. Russia has sought to sully the reporting about Bucha from the outset.

Nonetheless, the controversy was an insight into the context of media coverage of Russia’s invasion. Accredited journalists were invited on a tour of Bucha. The Ukrainian government wanted the world to see what had happened in the town. This tour for journalists may have also been facilitated in part to prevent clogging of the roads that may have prevented the movement of humanitarian aid.

As confirmed by one Western photographer who joined the tour, there were several small busloads of press, who were taken to three locations in Bucha: the shopping centre where locals were queuing for food, then the site where investigations were underway into the burning of Ukrainian civilian corpses, and lastly to Vokzalna Street where a Russian tank convoy had been repelled.

The photographer said the circumstances, with other media crowding the background of the scene, was not ideal. There were also practical considerations, including the curfew which kicked in at 6pm. No-one was told they couldn’t speak to civilians, and civilians wanted to tell their story, according to the photographer.

That information is a weapon in war is obvious, and agents in conflict will facilitate or impede access to suit their agenda. It can rightly be called propaganda – even when the information that gets reported is the truth. This image also provides a behind-the-scenes look at an instance of war photography that may not be as courageous or solitarily traumatising as people might like to believe. And it raises valid questions around whether the number of people trampling over potential crime scenes poses problems. For these reasons, the image is an important piece of war documentary.

But as journalists covering other wars will attest, one of the most dispiriting aspects of the job is the sense of futility; the lack of access that left so much injustice unseen, unheard and unpunished, or, alternatively, the sense that no image or story of depravity seemed to alter the trajectory of a conflict in any real way.

While the stage managed aspect of this image might be uncomfortable, the questions about the integrity of the many journalists in Bucha should only be confined to what would have happened – or not – if they hadn’t been there? 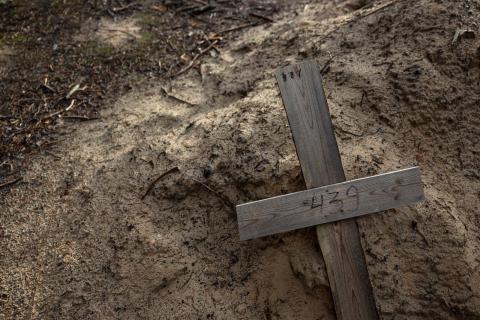 ‘Whoever is uprooted themselves,’ wrote Simone Weil, ‘uproots others.’ France will not be a happier country five years from now if the only legacy of a Macron presidency is further uprooting.
Jay Batongbacal 27 Mar 2018 14:00

Rodrigo Duterte is still to resolve tensions between accommodating China and maintaining strong US ties.