The EU had more than a year to plan, but instead sought to downplay Trump’s statements and appease him. 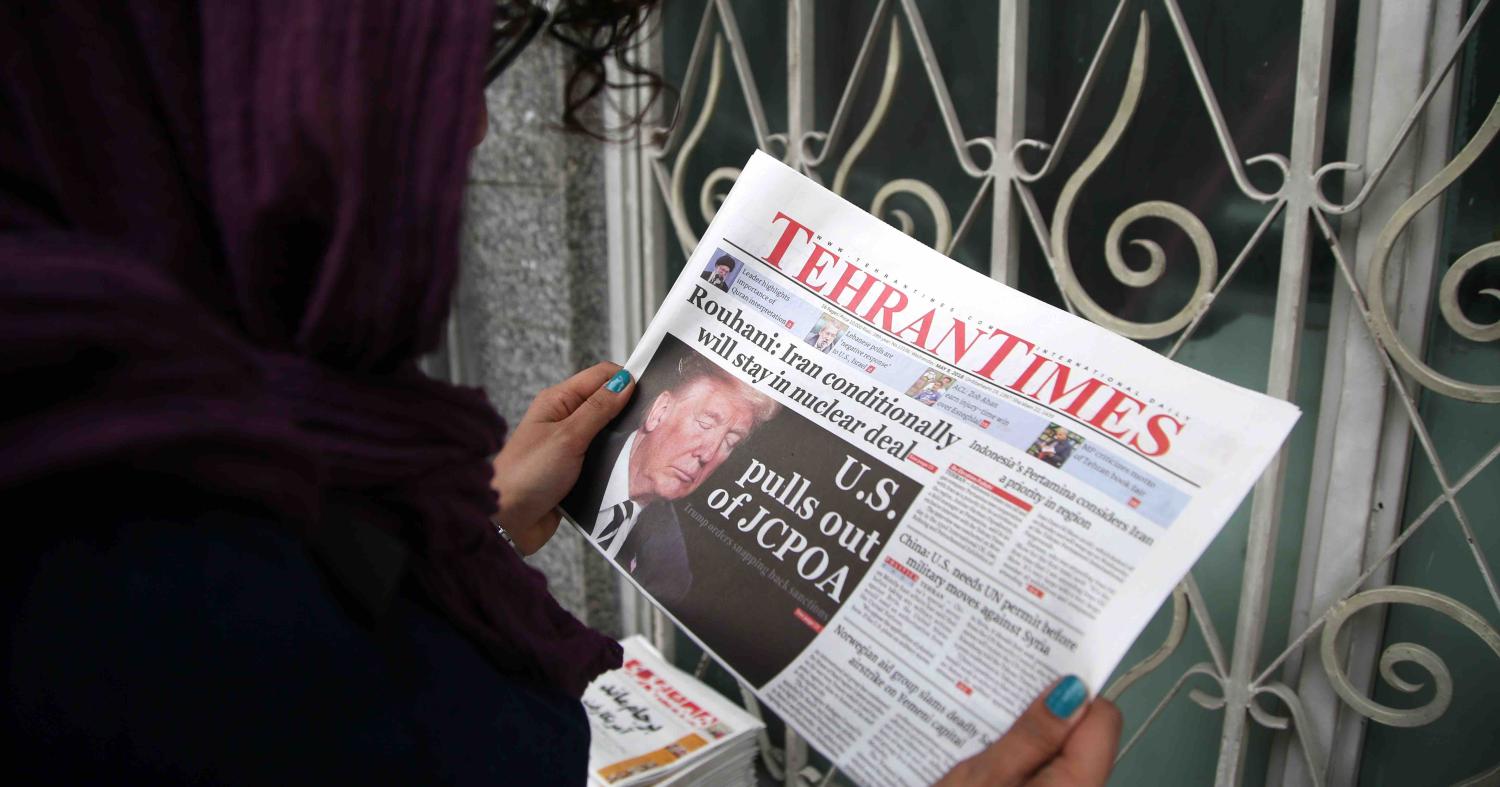 Trump finally did it: in perhaps one of the most ridiculous moves of his presidency (although competition on that front is fierce), he announced that his administration would remove the US from the Iran deal and reimpose all nuclear-related sanctions on Iran.

This is not only a gross violation of the 2015 nuclear deal, but also achieves little for US diplomacy.

As part of the 2015 Joint Comprehensive Plan of Action (JCPOA), the P5+1 agreed to lift the comprehensive sanctions it imposed on Iran following the expansion of its nuclear program. But the US couldn’t do that: US unilateral sanctions were laws voted in by Congress.

Barack Obama knew it would be impossible to get Congress on board to lift the sanctions because it had been consistently anti-Iran. As a result, he elected to use his presidential power to issue waivers, which would have to be renewed periodically, effectively suspending US sanctions rather than lifting them.

Trump has made it no secret that he hates the nuclear deal. Having to renew the sanctions waivers and confirm Iranian compliance to the deal is a periodic reminder that he’s upholding an achievement of the previous administration.

So he chose to end this headache.

Trump’s announcement not only means the US is no longer party to the JCPOA, but also that all suspended sanctions on Iran will be back in place within the next six months.

There is no justifiable reason to do this. Iran continues to implement its end of the bargain – as confirmed multiple times by the International Atomic Energy Agency, the European Union, and even the US State Department.

Why is Trump doing this? Aside from his personal dislike of anything linked to Obama, he, along with many others, have concerns about certain aspects of the deal, or more accurately what it doesn’t cover – Iran’s regional activities and missiles, and what happens after the deal ends.

While legitimate, these concerns won’t be resolved with the death of the deal. Rather, there will no longer be avenues to discuss them, and it is possible Iran will once again go full throttle on its nuclear program.

Now both Iran and the rest of the P5+1 are stuck between a rock and a hard place.

Iran outlined a range of options it could resort to should Trump walk away from the deal. From threatening to pull out of the Nuclear Non-Proliferation Treaty (unlikely), to upping its antics in the region (likely), to walking away from the deal and resuming its nuclear program (unlikely in the immediate aftermath, but growing pressure from the hardliners for it to do so) – the options are endless.

But in the past few days, Iran’s President Hassan Rouhani outlined a more restrained approach in line with his administration’s efforts to make Iran seem like the reasonable country in all this. Iran will continue implementing the deal, provided Europe can provide guarantees it will do its best to lessen the impact of Trump’s actions.

In response to US persistent violations & unlawful withdrawal from the nuclear deal, as instructed by President Rouhani, I’ll spearhead a diplomatic effort to examine whether remaining JCPOA participants can ensure its full benefits for Iran. Outcome will determine our response.

So what can Europe do?

Well, for starters, it’s late to the game and options are now limited. The EU had more than a year to plan for this, and instead sought to downplay Trump’s statements and appease him through fruitless last-minute negotiations to “fix” the deal. Now it must take measures to isolate its companies from US sanctions – while not imposed yet, these provisions do exist.

This would ensure that Iran could continue to receive some of the benefits of the deal, and continue implementation. In fact, the Europeans stated they would stick to the deal as long as Iran did too, but it is unclear what this means in practice.

In the meantime, nothing would prevent the Europeans from also continuing and expanding their political dialogue with Iran, which covers a range of issues of concern for both sides. After all, Iran has shown time and again that it responds better to dialogue than to threats.

Trump’s announcement achieves nothing: it doesn’t assuage US concerns over Iran’s regional role or its missiles, and only serves to encourage the end of the one agreement that curbs Iran’s nuclear program.

The move affects US credibility with its allies and its ability to strike such deals in future (significant in the run-up to the talks on North Korea’s arsenal).

Now all eyes will be on the Europeans to see whether they can offer Iran enough to keep it on board, and salvage what’s left of a deal that accomplishes exactly what it says on the cover.

Previous Article
The India–China summit in Wuhan was no reset
Next Article
Malaysia election: coming of age

Clever use of deterrence techniques, air defence zones and artificial intelligence are critical for the military allies.