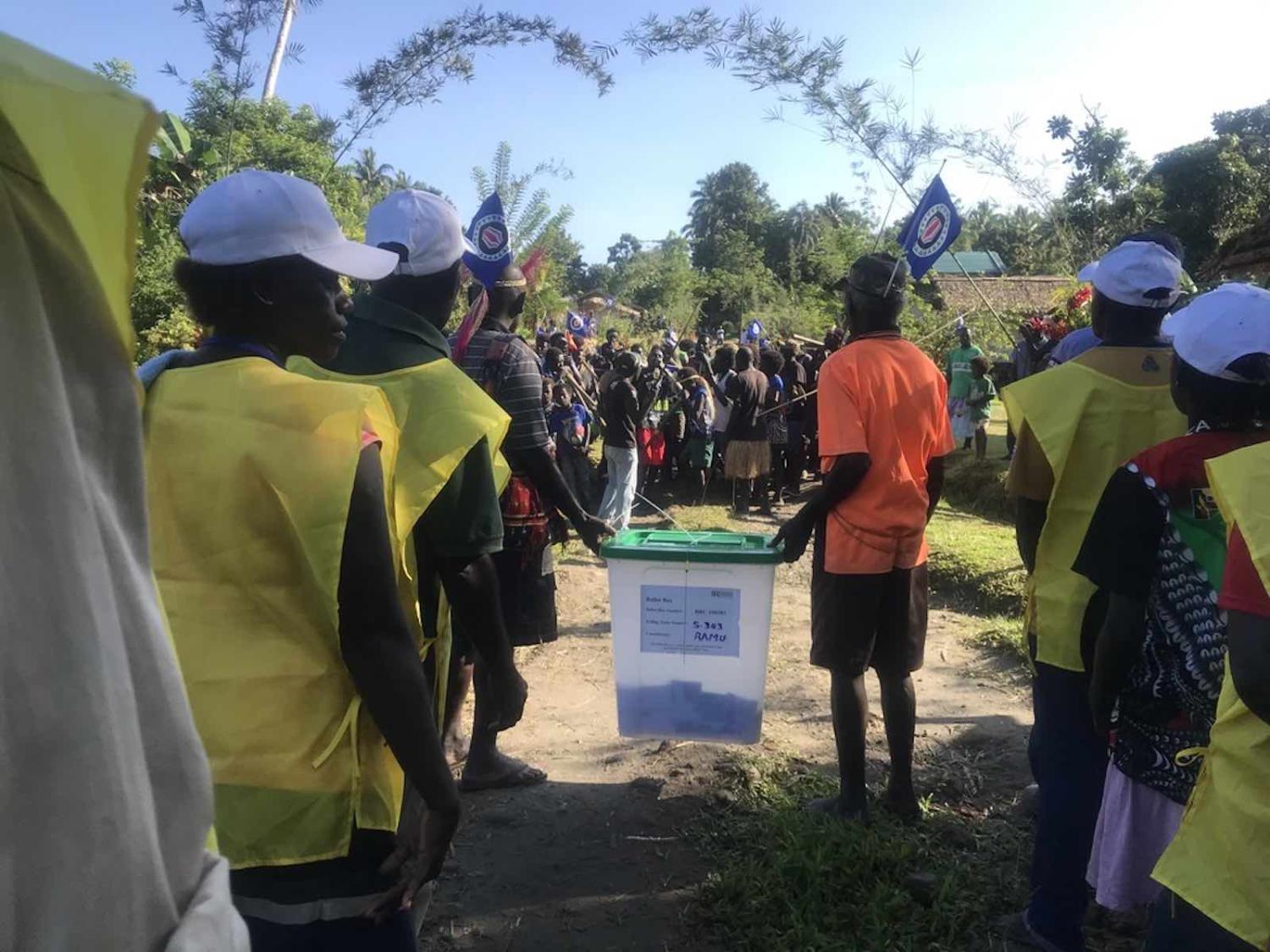 Piled into the back of an overcrowded ute – appropriately named the “Highway Slave”, although formally known as a Public Motor Vehicle – we made the nine-hour expedition across bumpy, unsealed roads and through rivers without bridges to the district of Siwai to act as observers in Bougainville’s referendum. It was a journey illustrative of the significant logistical challenges in holding a vote in this island region as the locals decide on their future political relationship with Papua New Guinea.

When we asked the chief of one village why they had decorated the voting booth with so many flowers, he said, “We want to show the observers that we are treating the referendum like our property.”

Siwai District is in South Bougainville Region, and as an observer group we represented PNG’s Divine Word University (DWU) – four Bougainvillean DWU students all from Siwai, and one DWU staff member from Australia. One of the four students was voting for their first time.

The Bougainville referendum is a key milestone contained in a political settlement, the Bougainville Peace Agreement, which sought to a reconcile a violent conflict from 1988 to 1997. Voters have been asked to choose between “Box 1” Greater Autonomy or “Box 2” Independence. Polling for the referendum opened in the urban centres of Buka, Arawa, and Buin on 23 November, and then in most rural areas from 25 November.

Prior to polling, there was an atmosphere of excitement in Siwai ­– but also uncertainty. Our group also wondered how the week would unfold. We held concerns related to Bougainville’s factions and the potential for voter intimidation, particularly in Siwai District, which is home to Noah Musingku who calls himself King David Peii, monarch of Papaala and Me’ekamui. Despite these concerns, we did not believe that the vote would become violent.

We didn’t quite expect, however, how celebratory the atmosphere of the referendum in Siwai would be. Most polling booths had been individually decorated by the hosting communities with colourful floral decorations, some with archways for voters to walk through as they lined to vote. When we asked the chief of one village why they had decorated the booth with so many flowers, he said, “We want to show the observers that we are treating the referendum like our property.”

Representative of the Bougainville peace process as a joint creation, many polling booths also displayed both the PNG and Bougainville flags and commenced polling with the singing of the two anthems.

All of the polling booths we visited started the day with the sing sing kaur – a bamboo pipe instrument – to welcome a procession of polling officials and the ballot box. This was generally followed by a prayer, a short talk from the village chief, and introductions by polling officials. During polling, entertainment was provided in the form of bamboo bands, drums, and groups of women singing and dancing. Special referendum songs had also been written and performed by choirs, with lyrics such as, “At the polling place flies the colourful flag which shows the identity of Bougainville and its strength – as we march to vote for the future destiny of Bougainville”.

At each polling booth, we were told that voters had been so eager to vote that they arrived earlier than the polling officials (polling time 8am–6pm). This is unusual for elections in Bougainville. An ex-combatant at one booth explained, “the turn-out is usually 30–40% for National and ABG [Autonomous Bougainville Government] elections, but this one is 100% turn-out. Everyone already voted this morning”.  The end of polling was marked with a feast and voters eating, singing, and dancing together.

As observers, we were welcomed with great kindness and appreciation among the polling officials and the voters. People were particularly grateful to see four young Bougainvilleans engaging formally in the referendum process in their home District of Siwai. Others commented that they were grateful to see an international observer outside of the urban centres. In some booths, we were presented with baskets and traditional shell money as a sign of welcoming to stay peacefully in the community. Members of the community also offered to drive us between polling booths when we did not have access to a vehicle.

It was a joy to witness a referendum in Siwai that was more than peaceful – it was a true celebration of a historic event. 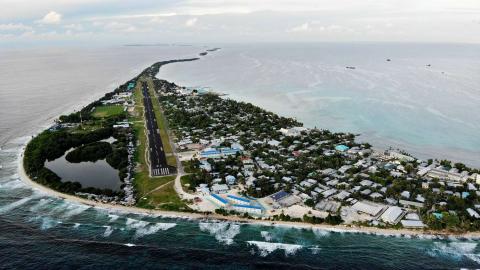 Previous Article
India and Australia: Reciprocity, mutuality, and promise
Next Article
Favourites of 2019: ABC primetime returns to the Pacific

Zelenskyy: when the “Lion of Kyiv” addressed the Lowy Institute

A modern concert of great powers could fall apart as quickly as its 19th century cousin
Erin Hurley 10 Feb 2020 10:30

It was clear Senate Republicans would ensure acquittal, but the process put Trump’s corruption on full display.