Changing my mind about AUKUS

What I said then, and what I think now, about the nuclear-powered subs announcement that caught everyone by surprise. 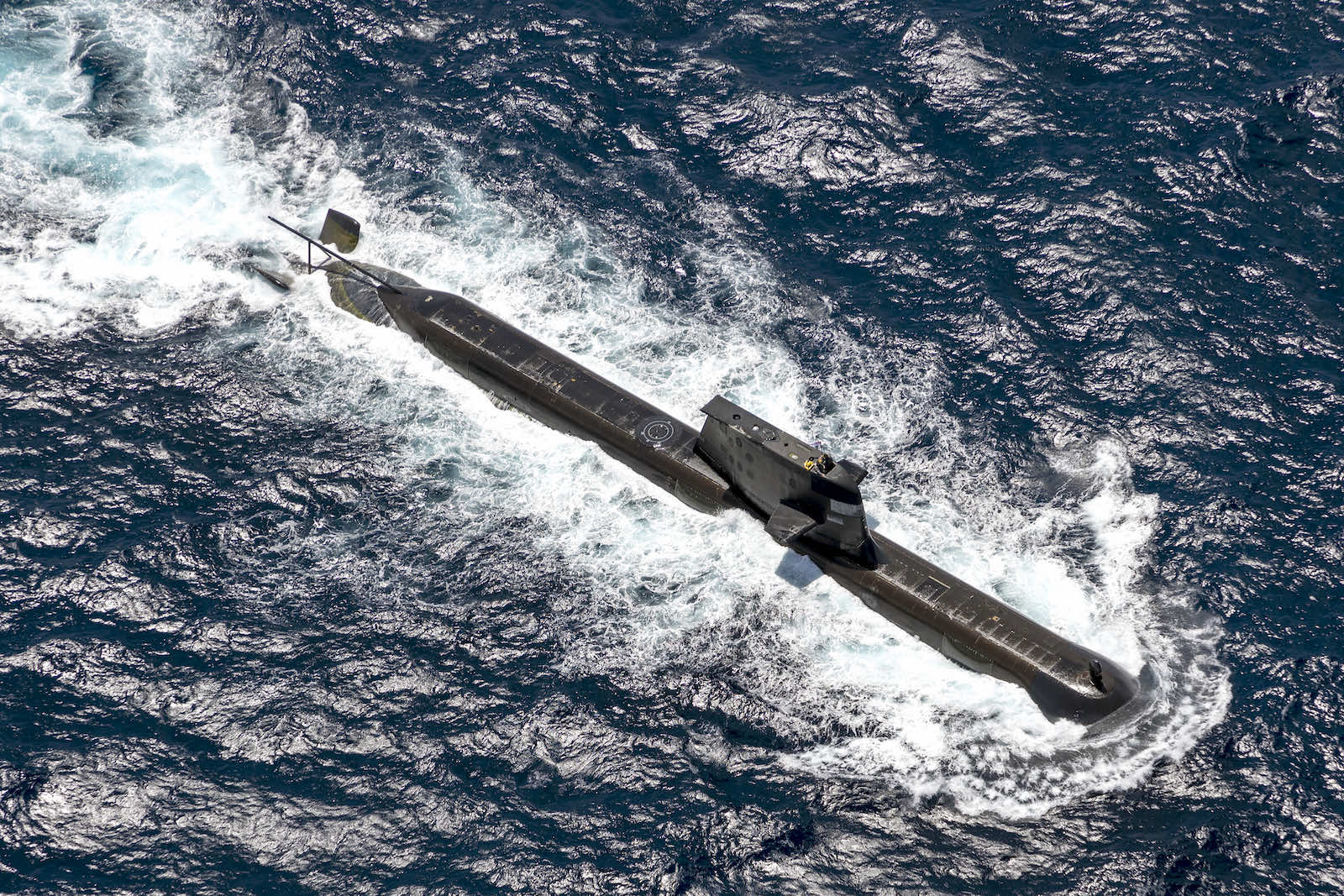 I don’t think it’s hyperbole to say that AUKUS – the tripartite defence technology agreement which promises to deliver at least eight nuclear-powered submarines to the Royal Australian Navy – was one of the best-kept secrets in Australian political history. In the days and weeks after the 16 September announcement, I asked some of Australia’s most experienced journalists and foreign policy experts whether they had seen AUKUS coming. All confessed that they had not.

I mention this as a kind of excuse. Given that AUKUS was so unexpected and so extraordinary, is it any wonder that, three months later, I might look back on what I wrote and said at the time with some regrets?

But this is not a mea culpa. In fact, I have only become more sceptical of AUKUS since it was announced by Prime Ministers Scott Morrison and Boris Johnson, and President Joe Biden. I argued at the time that these were the wrong submarines for Australia’s needs, and that the AUKUS deal raised Australia’s reliance on an increasingly unreliable ally. Here are some key points on which I have sharpened my judgments:

Credit to The Australian’s foreign affairs columnist Greg Sheridan for being the first to say this in a devastatingly good column. I was worried from the outset that Australia was taking on a huge task, but it never occurred to me to make what now seems like an obvious point, which is that this project is so wildly ambitious that it may be cancelled long before the first steel is cut.

I have long argued that despite its rhetoric about strategic competition with China, the United States has never really committed itself to such a course. After all, US military force structure in Asia hasn’t changed very much since the Cold War ended, despite the alarming growth of Chinese military capabilities. And no US president this century has ever faced the American people to declare that competition with China would now be the defining challenge which would shape American policy, as the struggle against Soviet-led communism once did.

When AUKUS was announced, I initially said it weakened this argument because the US was committing the crown jewels of its military-industrial complex – nuclear propulsion technology – to Australia, only the second time in history it had taken such a course. This was thus a truly substantive move.

But the test of this argument is whether the United States is taking any major new risks, and it’s not clear that AUKUS carries any for Washington.

If AUKUS is a signal of American commitment to Asia, it is a weak one because AUKUS carries no major costs or risks for the United States.

Look at this from the US perspective: a loyal and dependable ally comes to you with a proposal for a colossal arms deal which offers the prospect of decades of economic returns. What’s not to like? Yes, the diplomatic fallout with France demonstrated that this was not a cost-free deal for the United States, but by comparison, relations were much worse in the lead-up to the Iraq war, which Paris opposed, and the relationship recovered in time. It will do so again.

The other risk is that the submarine deal itself stumbles and falls, in which case the United States will forgo benefits for its shipbuilders and arms makers, but it won’t have lost anything.

So, if AUKUS is a signal of American commitment to Asia, it is a weak one because AUKUS carries no major costs or risks for the United States, just a lot of economic benefits. By contrast, when the United States has an opportunity to send costlier signals to Asia, such as by announcing a rebalance of its global military footprint via its Global Posture Review, it baulks.

3. We are not being “locked in”, exactly

This is more a clarification of my argument than a shift. In my early assessments, I joined several commentators, including former prime minister Paul Keating, in saying that AUKUS and the acquisition of British or American nuclear-powered submarines would create heightened expectations from the United States about Australia’s support for US military operations against China. Some AUKUS supporters made the obvious rebuttal that the agreement carried no such obligations – AUKUS is about sharing military technology, not pledging to come to each other’s aid.

When (if) Australia get long-range nuclear-powered boats, it may be asked to contribute to operations that a future Australian government would rather avoid.

This is true but misses the point. Of course, in formal and legal terms, Australia’s military will remain sovereign. Australia can choose not to take part in US operations. The real point is that military capabilities can drive policy – what you have determines what you do.

If the Australian government had chosen to build a fleet of small diesel-powered submarines designed specifically to defend the approaches to its continent but not good for anything else, the question of using that fleet to support US operations against China would never arise. But when (if) Australia get long-range nuclear-powered boats, it may be asked to contribute to operations that a future Australian government would rather avoid. Saying “no” to an ally when having the means to say “yes” is hard.

Of course, that dilemma would arise even without these new submarines – Australia has fighter squadrons, destroyers, and other assets it could contribute to such a war. But none of these systems have the potential strategic effect of a fleet of nuclear-powered submarines. Don’t be misled by Keating’s line that Australia would be “throwing toothpicks at a mountain” with such a fleet. Eight or more nuclear-powered boats (more than France or Britain currently have) will be a formidable force which could contribute to US-led operations in a manner unequal to anything else Australia could offer.

Should the United States face a military crisis with China, it would be the most important conflict Washington has engaged in since the Second World War. In those circumstances, an Australian refusal to commit its most potent military asset would imperil the alliance itself.

Show Comments
Previous Article
History in the making: AUKUS, allyship and the 1957 Defence Review
Next Article
The Interpreter’s 2021 favourites: reconnecting with music and art