The newly launched space station has no crew as yet, but the invite list makes for plenty of speculation. 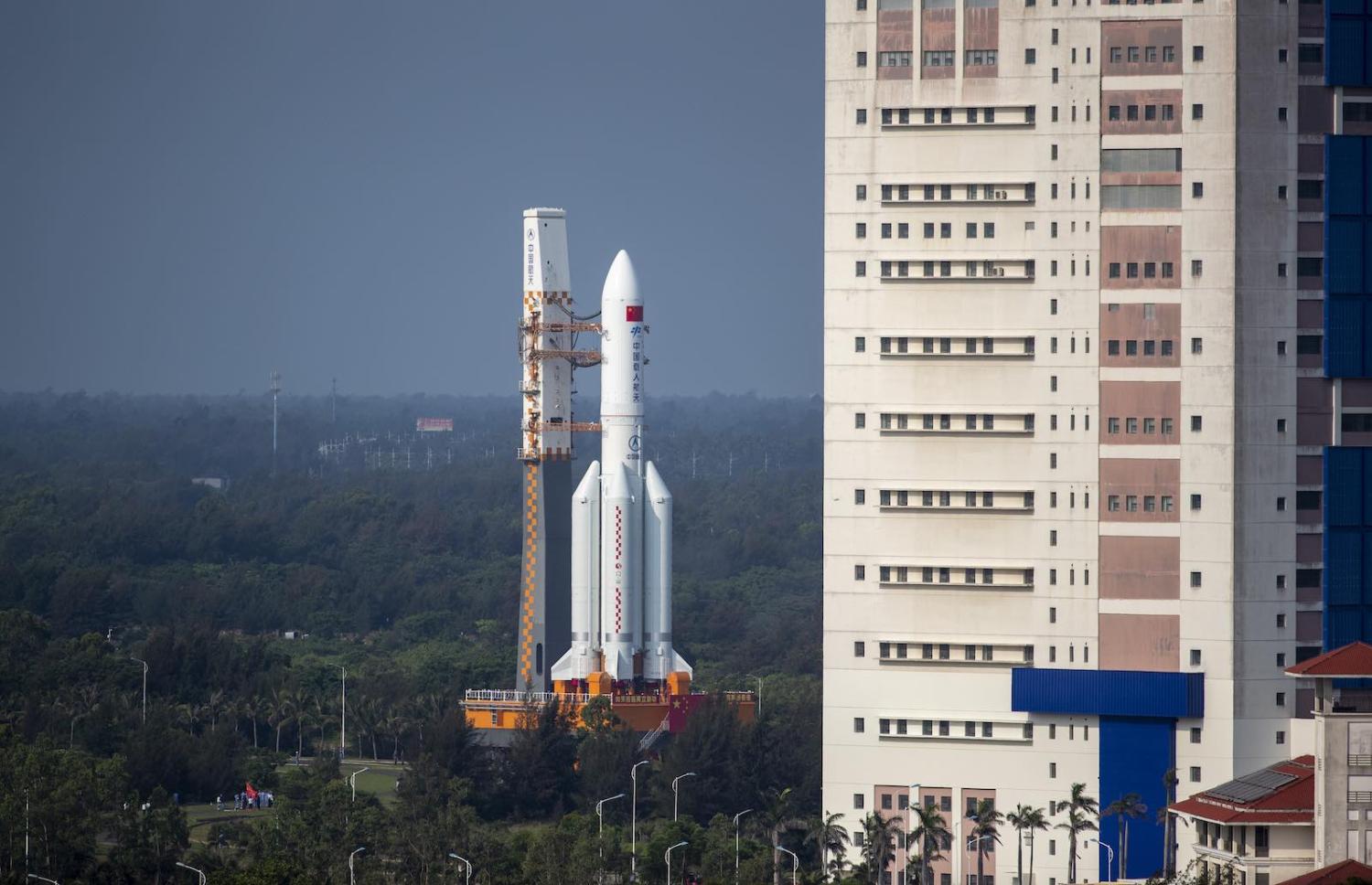 The rocket carrying the core module of China's space station, Tianhe, stands at the launching area of the Wenchang spacecraft launch site on 23 April 2021 in Hainan province (VCG via Getty Images)
Published 29 Apr 2021

China has launched a new space station, the most ambitious project it has ever undertaken in spaceflight. Right now, the station is just a cylindrical module without a crew, but it will grow over time as more components are added. Although some media reports will cite this as China’s first space station, this nation has already launched two “space laboratories” that were really small space stations. These “laboratories” hosted astronauts for as long as a month and tested the technologies now in use in China’s latest station.

The launch of the station will prompt admiration and controversy. It’s a reminder that China is one of only three nations (including Russia and the US) to operate astronaut launch systems. China is also exploring the Moon and Mars with robot probes. While spaceflight rises across the Indo-Pacific region, China is still the regional leader in Asia.

China tried to gain a place in the high-profile International Space Station, but was rebuffed by the US. Technology transfer and other strategic issues were cited as causes. The exclusion prompted China to develop an independent space station to match its overall independent capabilities in spaceflight.

Right now, China is the only actor in its own space station, but that could change in the future. China has already given signals that it plans to welcome astronauts and gear from other nations, once a long period of construction and shakedown missions is complete. This will probably take years, but we can speculate on who could hitch a ride.

If the International Space Station is decommissioned without a replacement, China’s space station could eventually become the world’s only space station.

Politics and strategic ties will certainly play a role. There are precedents in the way that international space travelers were chosen by the Soviet Union and the US for their own space programs. Warsaw Pact nations (and some friendly or non-aligned states) flew cosmonauts to Soviet space stations in the 1970s and 1980s. A few strategically important friends of the US managed to get astronauts aboard the US space shuttle in a parallel move. Technical prowess in spaceflight is not always necessary to get a token national into space.

In keeping with this tradition, it’s likely that a Pakistani astronaut could launch at some point, given the country’s close strategic ties with China. Brazil has co-operated with China on satellite projects, and could thus have a foot in the door. Overtures to some African states could build on economic and infrastructure ties such as the Belt and Road project.

In Asia, China’s relationships are complex, but nearby states could at least be courted. Strong allies of the US such as Japan (a partner in the International Space Station) will probably be snubbed.

India has a robust space program and is developing an astronaut capsule. For political and strategic reasons, future Indian astronauts will probably fly on their own spacecraft, and not China’s.

The European Space Agency has shown more flexibility towards China than has the US, and some European states have long-standing links to China’s space program. This could pave the way for European astronauts to fly to the station, but this is still highly speculative.

Given the current state of Sino-Australian relations, it seems unrealistic to speak of a pathway for Australian astronauts flying with China at this time.

Thus, the station that is currently framed as a Chinese outpost could become more international in its scope. If the International Space Station is decommissioned without a replacement, China’s space station could eventually become the world’s only space station.

The next satellite launch will probably occur in the coming months.
Ryan Manuel 5 Jan 2018 14:21

A leaked Chinese secret memo may be less than meets the eye.