Some reflections on the “anonymous Xinjiang paper”

We should debate those we disagree with. But engagement must be based on a good faith assessment of evidence. 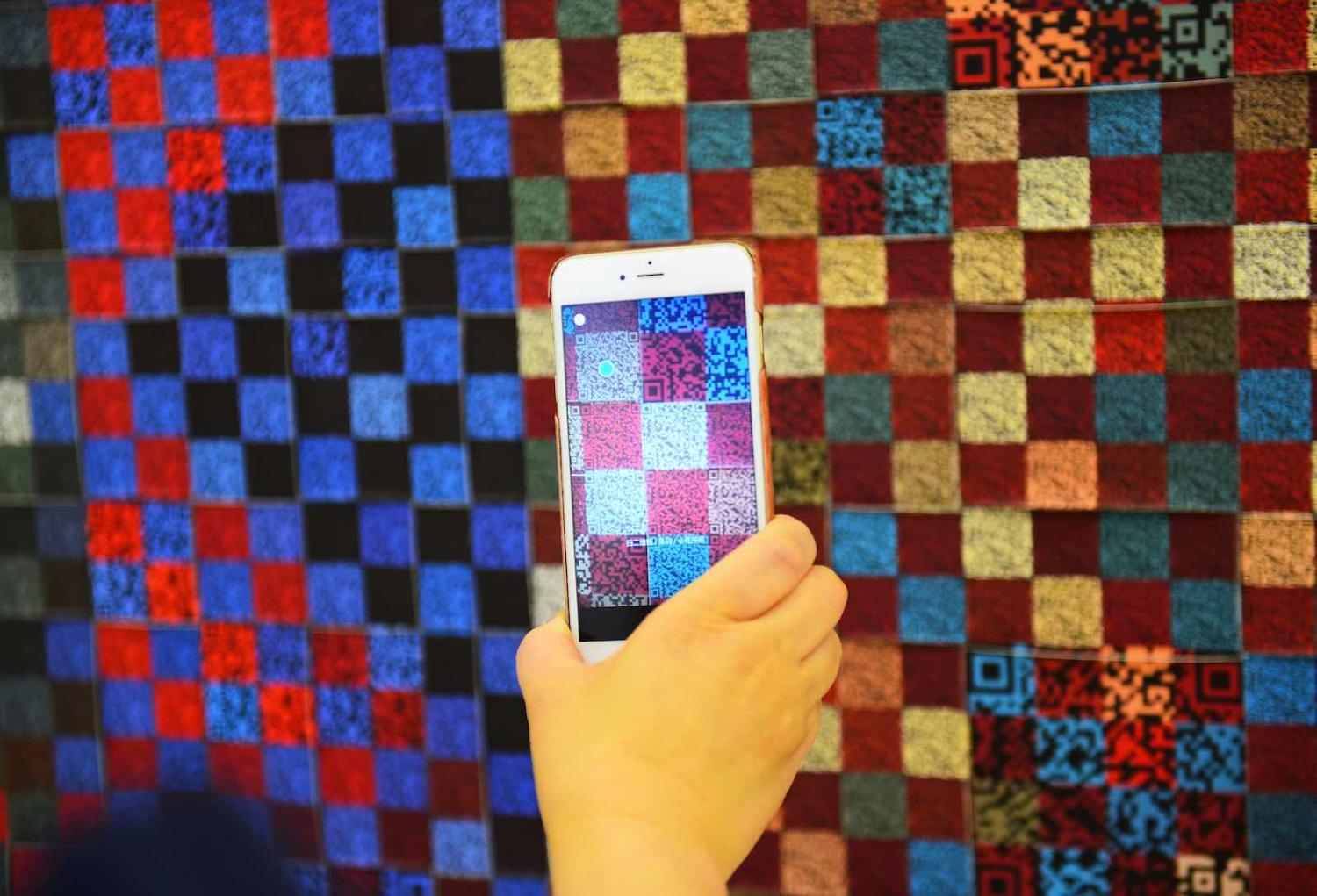 A visitor scans the QR code on an exhibit at an exhibition of traditional crafts in Urumqi, Xinjiang (Hou Zhaokang/Xinhua via Getty Images)
Published 29 Apr 2021     Follow @meclarke114

During an event to launch the China Story Yearbook at the National Press Club in Canberra on 21 April, the Director of the Australian National University’s China in the World Centre, Professor Jane Golley, stated that she had received an anonymous “scholarly” article that “debunks much of what you have read in the Western media on this topic”. Golley has since clarified she should have perhaps used the term “challenge” rather than debunk.

My purpose here is to engage – albeit briefly – with the substance of the anonymous paper Golley referred to, in the spirit in which I hope was intended by its authors (the paper, understood to be the work of several people, is not peer reviewed or yet posted online, but has now come to be circulated among the Xinjiang and Uighur studies community and runs to 18 pages). This approach may perhaps strike some as too charitable. However, if Australians are to have any informed public debate on controversial issues such as this one, we must commit to engage in good faith with others with whom we may disagree – sometimes vehemently.

The substance of the paper is structured around questioning whether and on what basis it is possible to speak of “internment camps or vocational training”, “forced labour” or “employment programs”, and indeed “genocide” in Xinjiang. Each of these questions is important and a legitimate subject for discussion.

The assertion wilfully ignores the Chinese government’s own statements, policy documents and ideological discourse on the rationale for, and purpose of, “re-education”.

However, the manner in which the paper approaches each of these questions is problematic, as it misrepresents the work of other scholars and researchers, appears to accept Chinese government claims at face value, and demonstrates a callous disregard for the testimonies of Turkic Muslim survivors of “re-education”.

On the question of “internment camps or vocational training”, the authors focus on claims of numbers of people detained, the numbers of re-education facilities or “camps” and assessments of the nature of such facilities. Significant attention is given to research by German anthropologist Adrian Zenz, who has been a leading analyst on this issue. With respect to estimates of those detained, the authors spend five pages attempting to discredit one of Zenz’s peer-reviewed articles, arguing that he simply extrapolated detention figures from “a couple of counties in southern Xinjiang” (where the Uighur population is much higher, and where violence was more prevalent in the period from 2009)” to the region as whole to arrive at the estimate of 1 million Turkic Muslims in detention.

Yet the authors do not engage directly with the primary Chinese government sources on which Zenz’s article is based, nor do they provide a clear description of Zenz’s quantitative methodology. More broadly, there is no engagement with the body of primary source documentation that has been published since Zenz’s article, which arguably corroborates his estimate.

The authors also seek to cast doubt on analysis of the numbers of “re-education” facilities in Xinjiang. The authors appear to take particular aim at Nathan Ruser’s work for the Australian Strategic Policy Institute. They claim that “it is not clear” how particular facilities were identified as likely to be “detention centres”, even though this is clearly explained on page 5 of the ASPI report. The authors then note – without actually citing the source – that “the Chinese government has published pictures of a number of the facilities claimed by ASPI as ‘internment camps’ which show that they are other commercial or public buildings”.

With respect to the nature of “re-education” facilities, the authors claim: “Ultimately there is little – if any – independent evidence of what happens inside them on which to base judgments about whether they are better described as ‘vocational education’, ‘deradicalisation’ or ‘re-education’ centres, or something else”.

This is at the very least uninformed, if not deliberately disingenuous. First, such an assertion wilfully ignores the Chinese government’s own statements, policy documents and ideological discourse on the rationale for, and purpose of, “re-education”. Second, it fails to acknowledge that it is the Chinese government itself that stands as the primary obstacle to obtaining “independent” verification of what happens inside of the “re-education” system, either by scholars or foreign observers and officials. Finally, and most egregiously, the authors simply dismiss testimonies of Uighur and Kazakh survivors of the “re-education” system as but merely “anecdotal” evidence that should be treated sceptically, because such individuals have “skin in the game”.

Finally, the paper’s treatment of the genocide issue is also problematic. The authors note rightly that under the United Nations Convention on the Prevention and Punishment of the Crime of Genocide (1948) two questions are key: “whether there is evidence of measures targeted at Uighurs which might qualify under Article II; and whether there is ‘intent’ on the part of policymakers to ‘destroy [the Uighurs], in whole or in part’”.

They conclude that there is no basis for the charge of genocide on the grounds that there is no mass killing and that the evidence for sterilisation of Uighur women is “rather fuzzy” and “inconsistent”.

Yet this ignores other relevant acts identified as consistent with genocide under Article II of the convention – i.e., “causing serious bodily or mental harm to members of the group”, “deliberately inflicting on the group conditions of life calculated to bring about its physical destruction in whole or in part”, and “forcibly transferring children of the group to another group” – for which there is evidence in Xinjiang. Indeed, testimonies from survivors detail physical and psychological coercion and torture of Uighur and other Turkic Muslim minorities, including rape and sexual abuse, while enforced family separations, targeted repression of Uighur elites, and physical erasure of Uighur religious and cultural sites have also been well documented.

I engaged with this paper in good faith. But that good faith rests on an assumption that I and my interlocutors share an “ethics of belief”. Put simply, this means not only that “we should only believe ideas that are supported by strong evidence”, but that “we should also be concerned about whether we formed them in responsible, ethical manners”.

For the reasons detailed above, however, I am left questioning whether in fact the authors and I do in fact share such an ethics of belief.

Just how green is the Belt and Road?

China readily claims the mantle of environmental leadership, but its flagship infrastructure project has a cost.
Erin Harris 10 Oct 2017 15:42