Xi Jinping toured northeast China to assure troubled conglomerates and push self-reliance in the face of a US trade war. 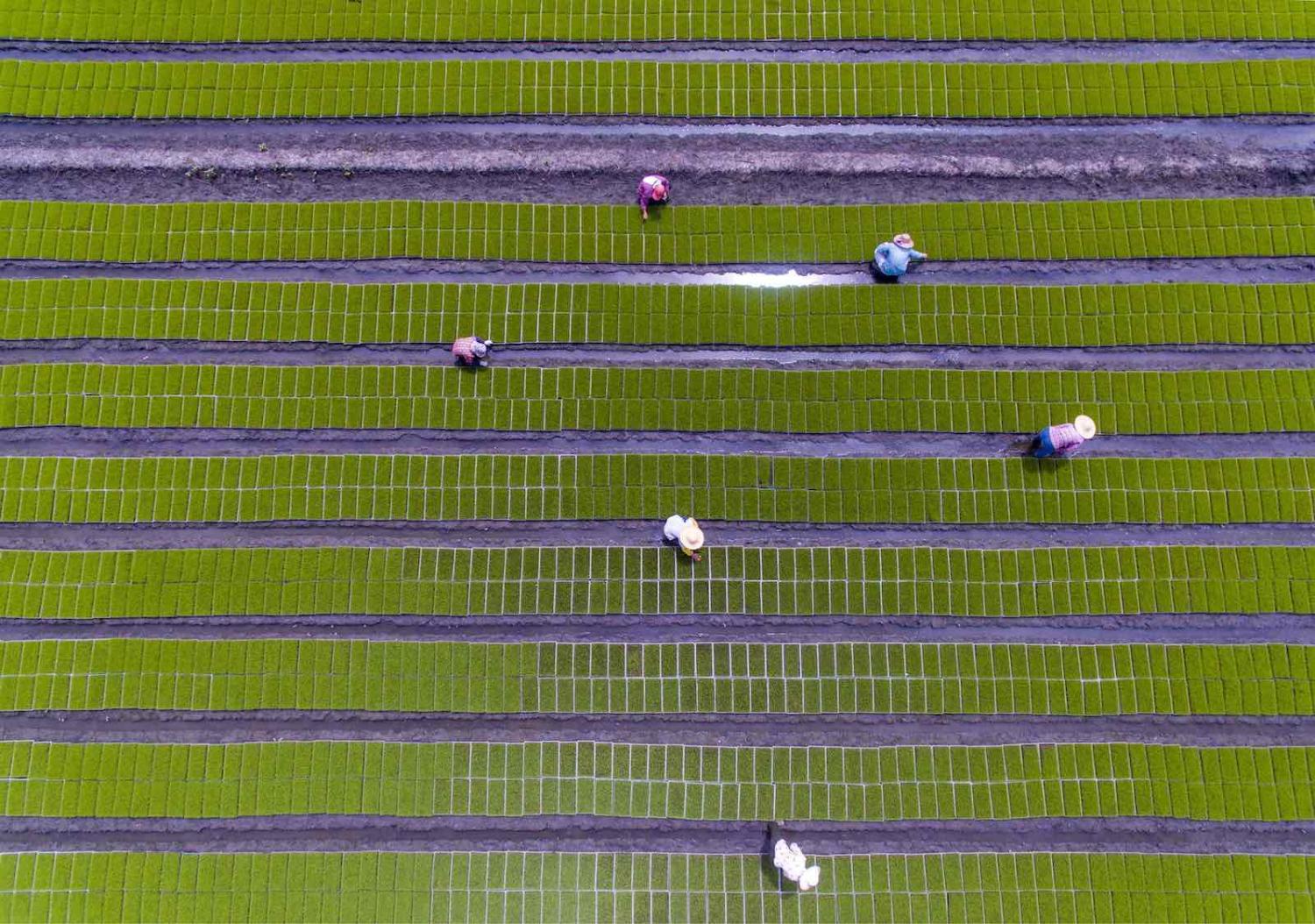 In a somewhat surreal PR move countering the Trump administration’s trade war against his country, Chinese President Xi Jinping travelled over 1,000km out of the capital last week to the northeast of the country, visiting wheatfields and oil refineries.

Posing with farmers and factory workers in a propagandist style not unlike Chairman Mao’s, Xi vowed, among other things, to guarantee the 1.3 billion people that they will be entitled to self-reliance on foodstuffs. In the era of hashtags, Xi gave it a catchy phrase: “Chinese rice bowl.”

His message is not just for the general public. At a time when China’s economic surge is facing mounting challenges, due mainly to the hawkish policies initiated by the White House, Xi also made use of his trip to boost confidence in not just private enterprises, but also the state-owned, Chinese Communist Party-controlled enterprises.

“Any thoughts and opinions that doubt or sully the name of state-owned enterprises are wrong,” he said in the Liaoning province, which was part of his three-day “inspection” tour around the northeast region, the rustbelt heartland of China’s heavy manufacturing industry.

While the private sector would have “unwavering support,” Xi said that state-owned firms “should continue to become stronger, better, and larger”.

In Chinese Communist Party logics, state-owned enterprises are distinctly different from private enterprises. True, both classes of enterprises have to make profits. But in terms of the purpose behind their existence, China believes – as the party mouthpiece People’s Daily reminds its readers from time to time – that state-owned enterprises play the primary function of furthering national interests and strategic needs, such as power plants, railway companies, or major banks. While private enterprises are run by profit-oriented individuals, sometimes vocal and outspoken, state-owned ones are run according to the principle of “collective ownership” by party cadres, whose disobedience is more directly punishable.

Xi’s high-profile embrace of state-run enterprises comes against the backdrop of two phenomena that are worrying to the party.

Domestically, the public sees that the economic engine has been shifting from state owned-enterprises to their private counterparts (look at Alibaba and Tencent), and are questioning the long-term value of these state-run companies in an increasingly capitalist, digitally-driven society. As Jack Ma, the iconic chairman of Alibaba who is scheduled to step down within a year, famously put it, private businesses should “be in love with the government but never marry it”.

Internationally, the government-backed companies are facing setbacks in their overseas expansion plans, not just in the traditional Western countries that are wary of China’s intentions, but even developing countries that Xi once hoped would be lured by his brainchild strategic initiative, the “One Belt, One Road”.

In Malaysia, for instance, the newly installed government of Mahathir Mohamad halted the US$20 billion project involving a railway and a natural gas pipeline that was to be built by China Communications Construction. The same company faced setbacks in Canada as well, when Ottawa blocked its subsidiary’s C$1.51 billion deal to acquire Aecon, a Canadian construction firm, on national security grounds. Telecommunications giant Huawei has been similarly been excluded from major national projects in Australia.

When he was touring one of China’s major oil refinery plants in the Heilongjiang province, run by the China National Petroleum Corporation, a leading state-owned company, Xi also took a swipe at the issue of problematic leadership.

“State-owned enterprises cannot stay static, and should keep improving themselves. The grave political principle that state-owned enterprises are stuck to party leadership shall be consistently enforced,” Xi told the petroleum staff, and the hundreds of thousands of others watching him on TV.

Repeatedly, Xi has demanded absolute party loyalty and, perhaps more importantly, personal loyalty. Throughout the trip he was accompanied not by his Premier Li Keqiang, China’s No.2 leader, but Li’s subordinate, Vice-Premier Liu He, who is both a key ally to Xi and the main negotiator with the US over the trade war.

“China counts on itself”

Despite all the troubles in the background, Xi’s tour is seen as mainly a response to the ongoing trade war with Trump. Already, Trump has slapped tariffs on US$250 billion in Chinese goods as part of an escalating trade war between the two countries. China has retaliated with tariffs on $110 billion of US products.

While Trump was telling the United Nations last month that Xi might not his friend anymore, Xi channelled his feeling in a less personal, more nationalist tone. Throughout his tour to the northeast, Xi called for “ziligengsheng,” or self-reliance.

At one point, Xi picked up a rice bowl and said “Chinese food! Chinese rice bowl!” emphasising his call for domestically made products.

Almost as dramatic as his frenemy in the Oval Office.

Previous Article
Vale the Ambassador?
Next Article
Out of balance: Pakistan’s economic crisis

Frustrating Beijing’s ambitions to create a sphere of influence is overwhelmingly a diplomatic task, not a military one.
Tristan Kenderdine 13 Mar 2017 14:45