Multi-aircraft flights – some at night – signal a growing sophistication. But there are still limits. 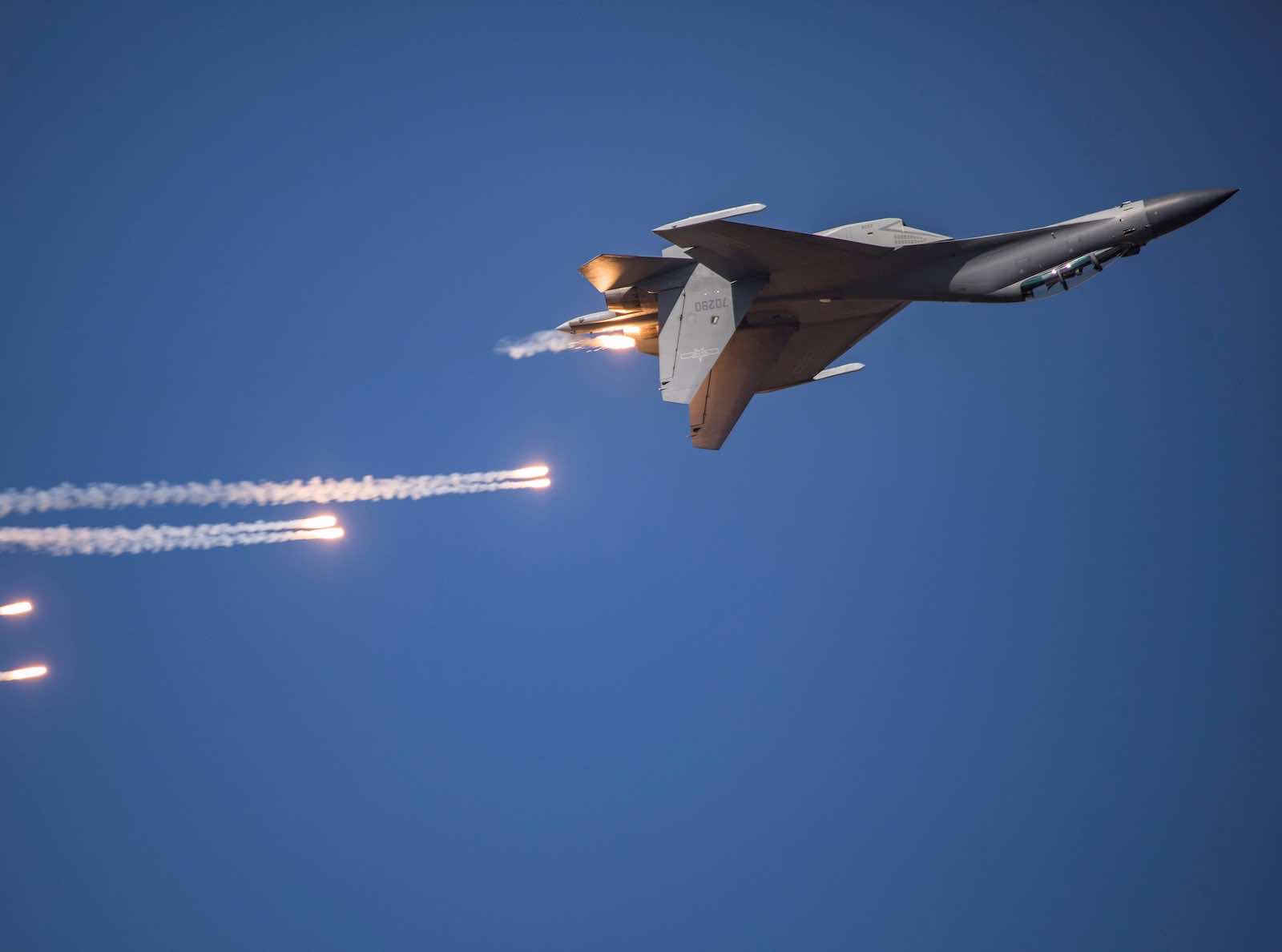 China’s PLA Air Force’s (PLAAF) latest flights into the Taiwanese Air Defence Identification Zone (ADIZ) have gained people’s attention. The arcane ADIZ term denotes a block of airspace established over, and usually somewhat beyond, a nation’s territory in which any unknown approaching aircraft is sought to be identified. Not to be outdone by this growing media attention, the US State Department has declared it is also “very concerned” as this “provocative military activity near Taiwan … is destabilising, risks miscalculations, and undermines regional peace and stability”.

Most helpfully, Taiwan’s Ministry of National Defense is maximising the media value of all this good geostrategic grist for the mill by regularly publishing summaries of the what, where and when of PLAAF incursions into its ADIZ. These reports give some interesting insights into Chinese air capabilities, operations and tactical procedures.

Taiwan’s ADIZ is particularly expansive in covering a fair slice of both mainland China and its coastal areas, ensuring continual incursions as China’s military and civil aircraft come and go.

Just to reassure, the PLAAF’s air operations are in international airspace. Taiwan’s ADIZ is particularly expansive in covering a fair slice of both mainland China and its coastal areas, ensuring continual incursions as China’s military and civil aircraft come and go.

Taiwan’s summaries reveal most PLAAF sorties are over the ocean in the southwest corner of Taiwan's ADIZ. From an aviator viewpoint, PLAAF aircraft seem to be trying to minimise the inconvenience to other airspace users, or overflown civilian populations, by training far out to sea in a relatively clear area of airspace, and generally as far from Taiwanese territory as they can.

What makes these air operations different is their scale and their timing. Usually one to several PLAAF aircraft operate in this area on a daily basis (an example here) but in the last week this has risen sharply. On 4 October there were 56 aircraft overall, the largest number ever, with the daytime wave very impressive in including 36 fighters, 12 bombers and four supporting aircraft. Moreover, such flights are now not just during the day by also at night, suggesting a major ongoing effort. Concerning timing, the flights seem coordinated with China’s national day (1 October) and its following six days of public holidays, aiming to stoke bellicose nationalist emotions. The Chinese Communist Party’s boisterous Global Times media outlet is helping this.

The PLAAF has a reputation for preferring well-planned, heavily choreographed activities. Given these air operations’ timings, planning probably started about six months ago. This would allow the plan to be well-developed and practiced several times before this series of major events. Such timings would also ensure the required number of different types of aircraft were definitely serviceable and available.

Such care also reflects that the Party lacks confidence in the PLA’s competence. The Party members at each PLAAF command level would want to ensure all went well with no last-minute glitches. The PLA is after all the Chinese Communist Party’s defence force, not the nation’s: as Mao Zedong’s said, “the party commands the gun”. PLA competence – or not – reflects on the Party.

A second area of interest is the inclusion of KJ-500 Airborne Early Warning and Control aircraft in some packages. This allows the airborne package to monitor the launch of any intercepting aircraft from Taiwanese airfields and be warned of their approach. The flight path data released by Taiwan suggests the KJ-500 was, at times (example here), positioned tactically, that is with the PLAAF fighters between the KJ-500 and any intercepting Taiwanese fighters.

A third area of interest is that the most complicated event seemed to be on the night of 1 October. This involved ten J-16 multirole strike fighters (broadly comparable to the US Air Force F-15E Strike Eagle and the Royal Australian Air Force Super Hornet); two H-6 long range subsonic bombers and a KJ-500. This package went the furthest out, flying about 700 kilometres in a flight path suggesting maritime strike training, in particular attacking any ships coming to Taiwan’s aid in a time of war. The PLAAF has flown such profiles before but during daytime not at night.

The PLAAF is now broadly demonstrating the kind of proficiencies at packages that Western air forces have long practised.

From Taiwan’s side, the Republic of China Air Force (ROCAF), there is little to suggest it is intercepting the PLAAF aircraft. The ROCAF media releases use file photos, not close-in visual imagery taken by its fighters. The ROCAF, by not responding to every incursion, seems to be avoiding Japan’s worries about wearing its interceptors out. The ROCAF is however publishing detailed tracking data that includes each PLAAF aircraft type. The ROCAF can apparently identity aircraft type using long-range electronic sensors, indicating considerable technical sophistication.

There are some implications. The PLAAF aircrew are getting better in terms of being able to use their fast-modernising fleet more effectively. The PLAAF is now broadly demonstrating the kind of proficiencies at packages that Western air forces have long practised in exercises such as Red Flag in Alaska (formerly Cope Thunder) and Pitch Black in Darwin, and also flown on operations in the Middle East. On the other hand, the PLAAF is still not flying that far out to sea and none of the packages featured air-to-air refuelling tankers. It appears to remain an air force mainly for China’s periphery not beyond.

The PLAAF is undoubtedly catching up to Western standards even if not yet disrupting the military aviation status quo. It bears close attention.