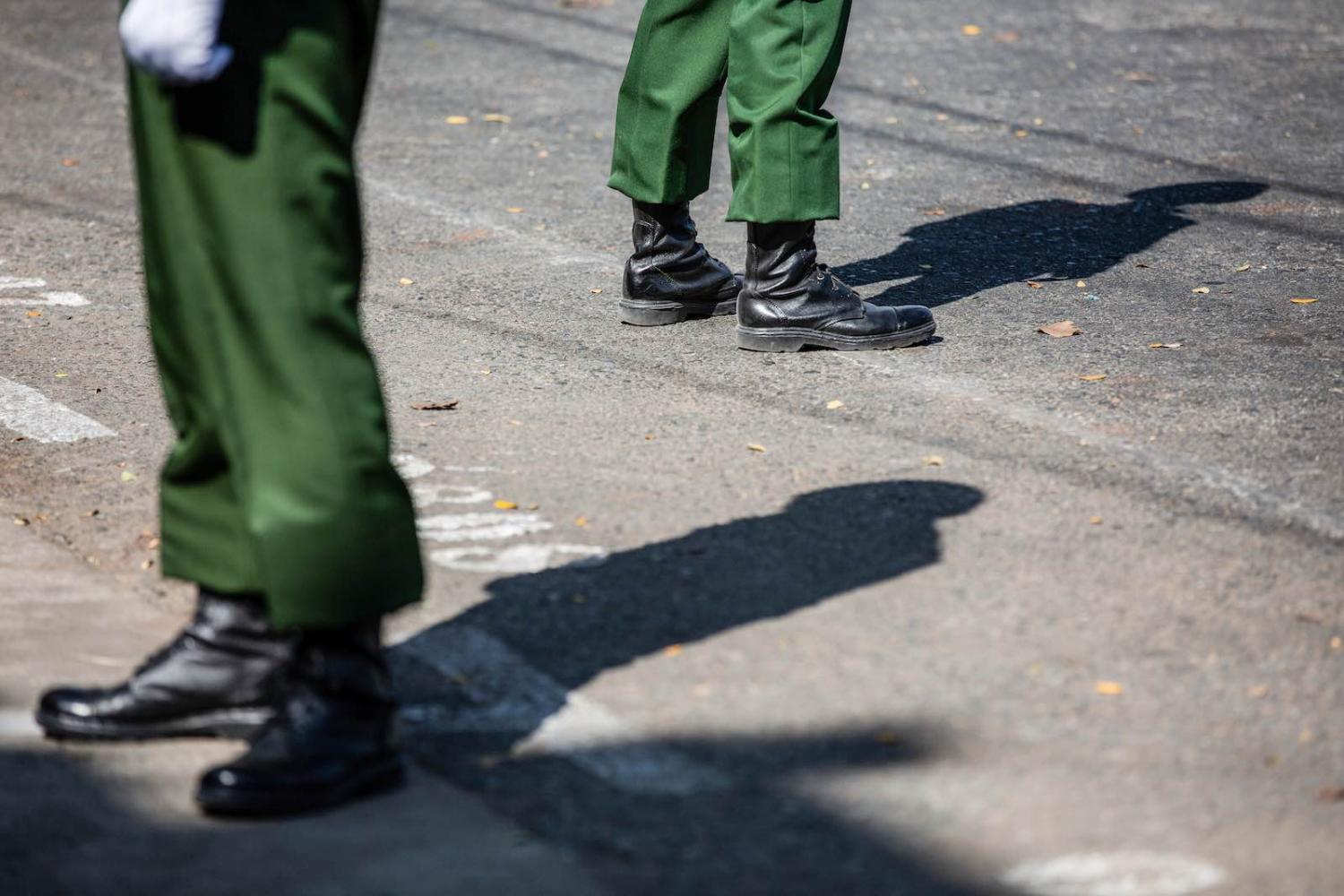 On 1 February, Myanmar’s armed forces (or Tatmadaw) declared a one-year state of emergency, arrested State Counsellor Aung San Suu Kyi and detained more than 50 politicians and activists. It had been just ten years since the former military regime permitted the transition to a “disciplined democracy”.

The official reason given for the coup was the need to respond to massive electoral fraud during last November’s elections, which saw Aung San Suu Kyi’s National League for Democracy (NLD) win an even greater number of seats than in 2015, while the pro-military Union Solidarity and Development Party (USDP) was reduced to a mere handful. Yet, few foreign observers believed that was the real reason, prompting a wave of speculation, personal views and rumours in the news media and online.

Hard facts being in such short supply, these comments are not easily judged. However, some are more plausible than others.

Many observers have suggested that the crushing defeat of the USDP last November humiliated the generals, who saw it as a rejection of the Tatmadaw and its political role. The result certainly highlighted the armed forces’ unpopularity, but the military leadership already knew that the vast majority of the population supported Aung San Suu Kyi and the idea of a genuinely democratic system of government. Also, given the USDP’s marginal role, the generals are unlikely to have been too concerned about the loss of the party’s “bargaining position” in the national parliament.

Why would the armed forces want to re-assume the burden of coping with the complex and seemingly intractable problems which they had off-loaded onto the NLD government?

Other commentators have suggested that one reason for the coup was the need to preserve the Tatmadaw’s enormous economic power in Myanmar, as exercised mainly through its two major conglomerates. However, this presupposes that its many commercial interests, not to mention the personal wealth of senior military figures, were under serious threat. So far, that has not been convincingly demonstrated. Indeed, the sanctions being threatened by the US and others in the wake of the coup may prove to be more damaging.

Another theory put forward has been that tensions between Aung San Suu Kyi and Tatmadaw Commander-in-Chief Senior General Min Aung Hlaing, and between the NLD and the armed forces more broadly, had reached a critical stage. One observer has stated that relations were “spiralling out of control” and had reached “rock bottom”. Yet, here again, there is little hard evidence that these long-running tensions could not have been tolerated, and a new modus vivendi worked out. After all, Aung San Suu Kyi has publicly defended the Tatmadaw against charges of genocide, at considerable personal cost.

A few pundits have suggested that the coup was at the behest of, or at least had the blessing of, Beijing. This seems most unlikely. The generals are intensely nationalistic and make decisions on the basis of their own and their country’s perceived interests. That is not to rule out discussions between the Tatmadaw and China before the coup, but that would most likely have been to reassure each other that bilateral relations would not be harmed by subsequent events. China will adjust its position to work with whoever exercises power in Naypyidaw.

A number of key questions have been left unanswered. For example, given that the 2008 constitution already gives the Tatmadaw a powerful role in national politics, including control of three key ministries, it has to be asked why Min Aung Hlaing would want to bring down a system that the Tatmadaw itself created and which has served it well since 2011. Also, why would the armed forces want to reassume the burden of coping with the complex and seemingly intractable problems which they had offloaded onto the NLD government?

There is also the question of what the NLD might have been planning, perhaps with regard to the constitution, which posed such a threat to the status quo as to prompt the Tatmadaw to abandon its carefully crafted transition plan and take back direct power. Perhaps emboldened by the public support shown last November, the NLD may have been planning a move that the generals saw as weakening their grip on power. If so, what was it? The fact that the army prevented parliament from opening on 1 February suggests a link to the political process.

Amending the constitution has long been a primary aim of Aung San Suu Kyi and the NLD, but no formal changes to the charter are possible without the agreement of more than 75% of the combined houses of parliament. As the Tatmadaw is automatically allocated 25% of the seats in both houses, it effectively holds a veto over any such moves. This is important, as the protection of the constitution has repeatedly been held up by the armed forces as its core raison d’être and the basis of its continuing national role.

Since it formed government in 2016, the NLD has found ways of working around the letter of the constitution, not least of which was the creation of the State Counsellor’s position for Aung San Suu Kyi, so she could act as de facto prime minister under a nominal president. The NLD has also reshuffled certain ministerial responsibilities to put important administrative functions under civilian rather than military control. It is possible that Aung San Suu Kyi planned something else along these lines, which the Tatmadaw considered unacceptable.

Perhaps the answers to all these questions lie with Min Aung Hlaing himself. It has been suggested, for example, that the coup was in part at least a ploy to help the Commander-in-Chief preserve his personal power. He is due to retire in July at the age of 65 and, according to some insiders, fears the prospect of losing his current influence. He is also believed to be interested in becoming president. Despite being sidelined by Aung San Suu Kyi, under the terms of the 2008 constitution the presidency constitutes a very powerful appointment.

One reason why this theory is more persuasive than others is that the coup could not have taken place without Min Aung Hlaing’s specific endorsement. As the Commander-in-Chief, he controls not only the Tatmadaw but all security forces in Myanmar, including the national police, intelligence agencies and pro-government militias. He is now in a position to order a new election and stage-manage its results, with possible implications for a future tilt at the presidency. Before the coup, he even hinted at the introduction of a new constitution.

It is still early days. There is much to learn about the Tatmadaw’s takeover and the thinking behind it. Doubtless more will be revealed in time but, until there is more reliable data available, it would pay everyone to be cautious in their assessments and not to leap to any conclusions. Myanmar always has the ability to surprise, as we saw earlier this week.

A collected volume of Andrew Selth’s Interpreter columns on Myanmar, Interpreting Myanmar: A Decade of Analysis, has just been published by ANU Press.

It’s often said there is no such thing as a free lunch, and issuing cash is not a limitless source of funding.
Miah Hammond-Errey 24 Jun 2019 06:00

Judicial independence and access to justice is at risk as judges face deportation and suspension from office.