In defence of AUKUS

This is not only about nuclear-powered submarines; it is about a strengthened US commitment to Australia. 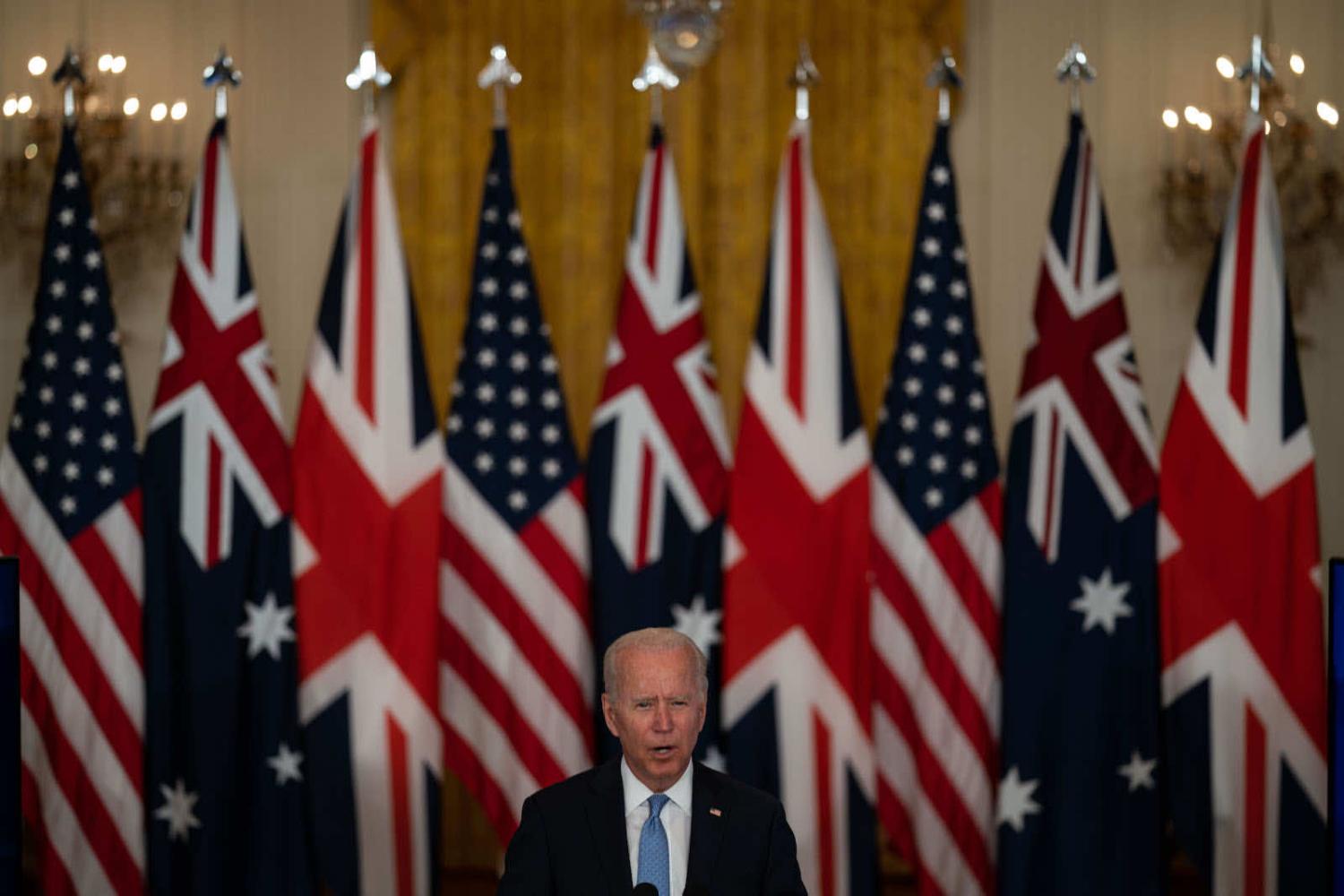 When Barack Obama announced the rebalance to Asia in 2011, he also revealed the rotational deployment of US Marines to Darwin. In the intervening decade, however, additional changes to US regional posture have been few and far between. As a result, leading US defence expert Michèle Flournoy has observed, “Washington has not delivered on its promised ‘pivot’ to Asia.” Australian experts have expressed concern that “the Biden administration lacks a sense of urgency about China as a near-term military competitor”.

In light of these critiques, the AUKUS deal, the tripartite agreement for the sharing of sensitive nuclear technology between Australia, the United Kingdom and the United States, sends a badly needed signal that the United States is serious about rebalancing to Asia.

Critics of AUKUS have expressed a number of valid concerns. They worry that eighteen months is a long time to wait for clarity on the plan, and eighteen years would be too long to wait for submarines. Nuclear-powered submarines will prove difficult and expensive for Australia to master, and could create non-proliferation concerns. Washington, Canberra, and London will have to mend ties with Paris as well as concerned friends in Southeast Asia, especially Jakarta. Others have argued that the deal ties Australia too closely to the United States or creates unnecessary tensions with China (although we would dispute these last two assertions).

AUKUS is by no means perfect, but it demonstrates the Biden administration’s commitment to rebalancing its efforts towards Asia.

Despite these concerns, we still believe that the strategic logic of Australia acquiring nuclear-powered submarines justified the agreement. But for those who disagree about the value of the submarines, this should not by itself obviate the logic of the larger AUKUS deal. Australia and many other US allies and partners in the Indo-Pacific have long sought a clearer US commitment to the region and to their defence. That is what AUKUS provides. This is not only about nuclear-powered submarines; it is about a strengthened US commitment to Australia, and a more robust shared capability for defending Australian and American interests.

Urgent action has been required because China has modernised its military at an impressive rate over the past two decades. The People’s Liberation Army has grown from “a sizable but mostly archaic military” which “lacked the capabilities, organisation, and readiness for modern warfare” to one that could take on the United States in regional contingencies, in particular Taiwan. As a result, US conventional deterrence against China has eroded. Part of the challenge is that the United States is not a resident power in Asia – it largely relies on its allies for its ability to project power there. To bolster its regional military posture, it needs more base access and fewer restrictions on the use of those facilities.

The United States has prioritised interoperability with its allies since the Cold War, as the ability to fight together against a common adversary could determine victory or defeat. But Washington still prefers to keep much of its most sensitive information, including advanced technology, close hold. To achieve deep interoperability and ensure that allied forces can not only operate together but be truly interchangeable, the United States needs to share more and establish infrastructure for cooperation on emerging technologies such as artificial intelligence. But none of this is possible if US partners aren’t willing to take the risk of upsetting Beijing. Countries in the region need to show China that they will not give in to its attempts at coercion – whether political, economic, or military.

The AUKUS agreement is a significant step towards meeting these demands. Australia will host US bombers on its territory and consider supporting US vessels at HMAS Stirling, two items that have long been on Washington’s wish list. Australia is also the first country to receive access to US naval reactors since the technology transfer to the United Kingdom in 1958 – a sign that the United States is shifting its mentality on sharing sensitive information with its closest allies. This is a critical step toward “pooling resources and integrating supply chains for defence-related science, industry, and supply chains” to ensure a technological edge over China. Through these efforts to build “federated” defences, the Biden administration may finally be taking US alliances into the 21st century.

It is unsurprising that China responded to AUKUS with a canned claim that it harms regional stability, encourages arms races, undermines nonproliferation efforts, and reflects “an outdated zero-sum Cold War mentality”. But Chinese commentators also recognise that Australia plays a critical role in Asia, and view this as a sign that countries are willing to come together to push back against Beijing. Social media postings more directly express concern that a counterbalancing coalition is forming despite economic dependence on China. After all, rather than kowtowing to Chinese economic pressure, Australia has cooperated with the United States in two of the most sensitive military areas – nuclear-power and undersea warfare.

As the United States, Australia, and other countries work to build resiliency against Chinese coercion and bolster deterrence against Chinese aggression, there are going to be tradeoffs. AUKUS is by no means perfect, but it demonstrates the Biden administration’s commitment to rebalancing its efforts towards Asia, and adjusting to a new strategic environment. Although the agreement will not change Chinese behaviour, it is sets Washington, Canberra, and London on an important course. Allied leaders should examine ways to strengthen the deal and build on it, lest this be seen as another false start in America’s long-promised rebalance to the region.

Previous Article
Could India join the Five Eyes?
Next Article
An aid to innovation in PNG’s informal economy

Threat perceptions dominate, as expected in a defence statement – but with wider goals to reshape security architecture.
Rodger Shanahan 14 Dec 2016 11:01

What exactly did the rebel defence of east Aleppo achieve?

Why didn’t the world’s media shift some focus onto the armed groups inside Aleppo and ask what they were achieving by being there?
Greg Moriarty 30 Jul 2019 13:00

A greater proportion of women in key leadership roles is critical in meaningful and enduring change.